The Haunting Legacy of Frankenstein

Where is there a story about random parts of things fused together and given new life? 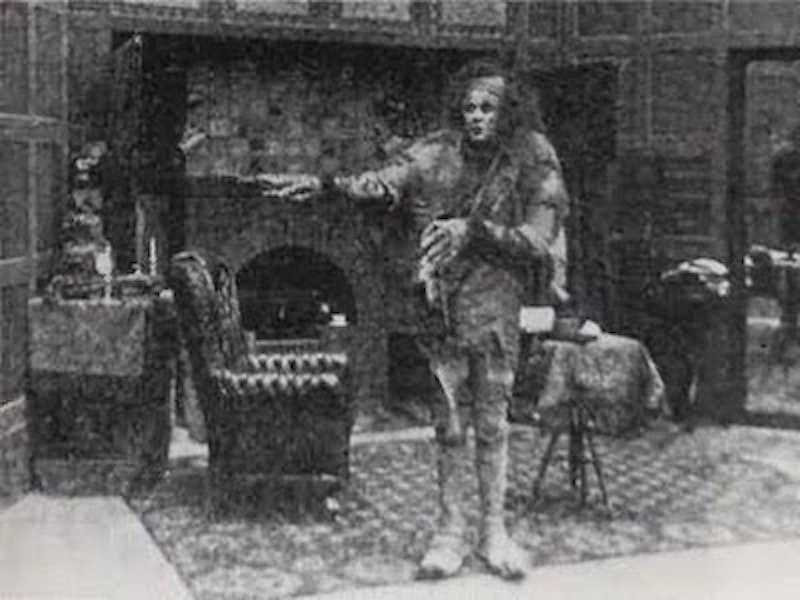 Any film is a work of art cobbled together out of other works of art. Drama, photography; fashion, usually, probably sculpture and illustration in its set design, music in most movies after 1929. Other arts as well may be fused as needed into the jigsaw that’s a film. How to express that nature of cinema, in a single memorable and intensely narrative image? Where is there a story about random parts of things fused together as a new whole and given new life?

The answer, of course, is that there’s a story that was written by a woman in 1818, revised 13 years later, frequently staged, and put on film for the first time in 1910. Mary Shelley’s Frankenstein has haunted genre cinema ever since, and has had a massive influence on filmmakers for decades. Hear Guillermo del Toro talk about Frankenstein’s monster as a holy figure and you realize this is more than just a story, it’s a recurring dream-image, a symbol that moviemaking can’t get away from.

That first 1910 film, simply titled Frankenstein, was made when film was still measured in feet and not minutes (because timing would vary with the speed at which the hand-cranked projector was operated). The Library of Congress recently released a restored version of the movie, about 12 minutes long in their presentation, which makes for interesting viewing.

(There’s a story attached to the restoration: believed lost for decades, the last known surviving film reel fell into the hands of an eccentric film collector named Alois F. “Al” Dettlaff. Writing on the Library of Congress website, Mike Mashon describes Dettlaff wearing Father Time costumes to film conventions, and being so protective of the Frankenstein print he didn’t allow it to be archived, travelling with it to screenings until his death in 2005. The Library purchased Dettlaff’s collection in 2014, and so now we have a cleaned-up Frankenstein.)

Some details: the movie was directed for the Edison Manufacturing Company by J. Searle Dawley. The Library of Congress scanned the existing film reel at 2K resolution and worked on the digital copy to restore it as much as possible. Missing opening credits were replaced with a copy of the screen provided by the Edison Historic Site, and a missing inter-title was recreated in the style of the later titles. Donald Sosin, known for creating and performing scores for silent films, was hired to create a musical accompaniment. You can watch it now any time you like on the Library’s website.

But imagine you’re seeing it as you might have in 1910. The first modern movie theatres are coming in, but probably you’d watch it in a nickelodeon theater, likely a storefront converted into an exhibition hall for films. Nickelodeons have only been around a few years, with their colorful posters, bright lights, ornate but false facades. Big nickelodeons can seat 1000 people on hard wooden chairs, but most can only cram 200 people into a space maybe 20 feet by 80, to watch images flicker on a white sheet hanging up against the back wall, or upon the wall itself painted white. There’re maybe 8000 of these theaters across the United States, but tens of millions of people have passed through them. In New York City in 1910, a quarter of the city’s population attends a nickelodeon every week.

A nickel (the price of a pound of bread, a pint of milk, or a glass of Coke) usually gets you a 15- or 20-minute program with several shorts of a minute or two or three; a 12-minute epic doesn’t leave time for many other films, but in fact the Nickelodeons are encouraging the making of longer and longer movies—they’re the first spaces where you sit and watch a film, not squint at them through a peep-show machine or catch them at random between acts at a vaudeville show. Still, the exhibitor’s probably pissed at Edison, who charges by the foot for prints of his movie; Frankenstein runs over 1200 feet of film. Anyway, nickelodeons often have lectures or animal acts or comedians alongside the films. Of course there’ll be a piano player, and maybe some other musicians, to accompany the picture.

What do you see in this Frankenstein? It bills itself as “A liberal adaptation from Mrs. Shelley’s famous story,” and in promo material claims, “the Edison Company has carefully tried to eliminate all the actually repulsive situations and to concentrate its endeavors upon the mystic and psychological problems that are to be found in this weird tale.” It opens with Victor Frankenstein (Augustus Phillips) leaving his fiancée (Mary Fuller) for university; two years later, a few seconds of screen time, he’s “discovered the mystery of life.” It’s an odd start, but there’s a point to it. Opening with Frankenstein leaving for school introduces the fiancée at once, who we see pining after him. As we’ll learn, this version of the story’s concerned with romance and the power of love.

Now we see Frankenstein in his study, pondering, then creating his monster. The sets in this movie are, if not elaborate, at least highly decorated, even cluttered, just as the costumes are fairly lavish. Frankenstein’s quarters feel like an anticipation of expressionist film, though in 1910 the design likely was inspired by the films of French magician Georges Méliès. At any rate, Frankenstein writes to his fiancée and then creates his monster. That’s a four-minute sequence, a spectacle that takes up a full third of the film, using effects like a smoke machine and puppetry and a fire projected backward; like a lot of early film effects, it still plays well.

We’re told that Frankenstein fails to create a perfect human being because of the evil in his mind, and when we finally see the monster—looming over the sleeping Frankenstein like a reference to Fuseli’s painting The Nightmare—he’s a true horror. Played by Charles Ogle, the design of this creature is hunched, bestial, the upper body swollen, the fingers overlong and taloned.

Halfway through the film Frankenstein returns home to his fiancée and the monster pursues him. After Frankenstein has a conversation in a sitting-room with his wife, seen in a full-length mirror (making this perhaps the first film to use a mirror to show the audience one party to a conversation), the monster shows up. There’s a farce-like moment where Frankenstein hides the monster from his fiancée behind a curtain; but the climax of the movie has the monster threaten Frankenstein’s wife only to be driven off by his creator and chased into the mirror where he vanishes—vanquished by the power of love.

It’s a far cry from Shelley’s original novel with its intricate armature of stories inside stories. But it’s maybe not that far off the 1931 Boris Karloff version directed by James Whale. The sense of the creature as Frankenstein’s repressed self comes across strongly in both cases. And the two films simplify the story in similar ways. Both movies leave Frankenstein’s fiancée alive at the end, unlike Shelley’s novel, and both omit the monster’s demand that Frankenstein make him a wife.

The 1931 version has more violence, and there’s a sense that the 1910 film has removed the horror of the original story. Still, it’s well-constructed. It knows what the audience wants—a long spectacular sequence of monster-making—and gives it to them. It does some clever stuff with mirrors. It puts some nice sets and costumes on screen. And it tells a story well in just a dozen minutes, setting up the ending at the beginning, and incorporating a touch of humor.

It’s not the greatest film Frankenstein, but you can see why it helped start a tradition. Five years later another version of the story would be put on film, now lost, like three-quarters of all the silent films that once played in the nickelodeons. Sixteen years after that would come the James Whale version, now the most iconic visual representation of the monster. That’s a better movie, but this one has its moments. There’s something fascinating in stepping back to a film made 108 years ago, adopting a novel written 92 years before that. This is closer in time to Shelley’s original, to that evening of ghost stories with her husband and Lord Byron that spawned the seed of the story, than it is to us. It feels it: it’s the last version of Frankenstein that was made for an audience that could never have seen any other film version of Frankenstein. It’s the start of something, a monster that’s shambled along for more than a century and isn’t about to stop now.