Film Review: The Favourite Sputters Out

But it's a well-acted, handsomely-mounted production, full of delightful scheming. B 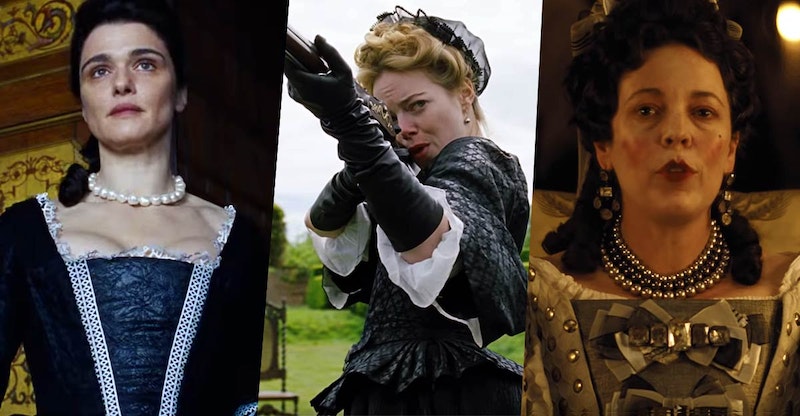 If you loved the slow-burn intensity and intrinsic weirdness of Yorgos Lanthimos' last two films, 2016’s The Lobster and last year’s The Killing of a Sacred Deer, but hated the dialogue that sounded like it was delivered by aliens trying to pass as humans, there’s good news: The Greek director's new film, The Favourite, has all of the former but none of the latter. And no Colin Farrell.

The film, which the director didn’t write, tells the story of jealousy, sexual obsession and political intrigue in the court of Queen Anne, in 18th century-England. It's a well-acted, handsomely-mounted production, full of delightful scheming. However, it never finds that extra gear to propel it into greatness, and has an ending that peters out.

Against the backdrop of a war with France, the film is mostly about Queen Anne, the middle-aged, widowed and sickly English monarch, played excellently by the unheralded English actress Olivia Colman, who was also in The Lobster.

Anne, bereft following the deaths of her husband and multiple children, has Sarah (Rachel Weisz) as her adviser as well as her lover, but Sarah is soon seeking to defend both of those positions from predations by Abigail (Emma Stone). Sarah’s cousin was formerly of nobility, whose family has fallen from grace, consigning Abigail to servant status. The two younger women spend the movie vying for the queen's favor, as well as her love.

Also on the margins is Robert Hartley (Nicholas Hoult), who spends most of the film in a costume that includes a glorious white wig. I'm sorry I saw the film too late to dress as Hartley for Halloween. Beyond the wigs, this is a gorgeous and intricate production, deserving of all the awards for costume and set design, as this is what of the better-rendered movie palaces I’ve ever seen. Almost equally impressive is the script, written by Deborah Davis and Tony McNamara. It's witty and clever, with a lot more cursing than this type of movie typically features. Historians are divided as to what exactly occurred among the three women, but the film presents an intriguing hypothesis.

Acting-wise, Colman is the standout, but the other leads are pretty great too, including Stone, cast against type as a calculating operator, with no Gosling in sight. Weisz has emerged as a fascinating actress at this stage of her career, with a run of winning roles in 2016’s Denial, in Lanthimos' earlier The Lobster and in this year's Disobedience. As for Hoult, he gives one of his best performances, and that wig deserves a nomination for best supporting actor.

There have been a lot of films in recent years about the struggles of lonely English queens, and about half of them have starred Judi Dench. When it comes to movies this season about royal intrigue in that part of the world that concern the House of Stuart, The Favourite is easily superior to the upcoming (and comparatively boring) Mary Queen of Scots, although both films have parts for the generic handsome English actor of the hour, Joe Alwyn.

The Favourite's plot doesn't end with a flourish, but it's still a satisfying effort. In some ways it’s a different Lanthimos film, but in many others, it’s more of the same.