The Gremlins' War on Christmas

Gremlins isn't sure whether it hates its monster or good citizens more. 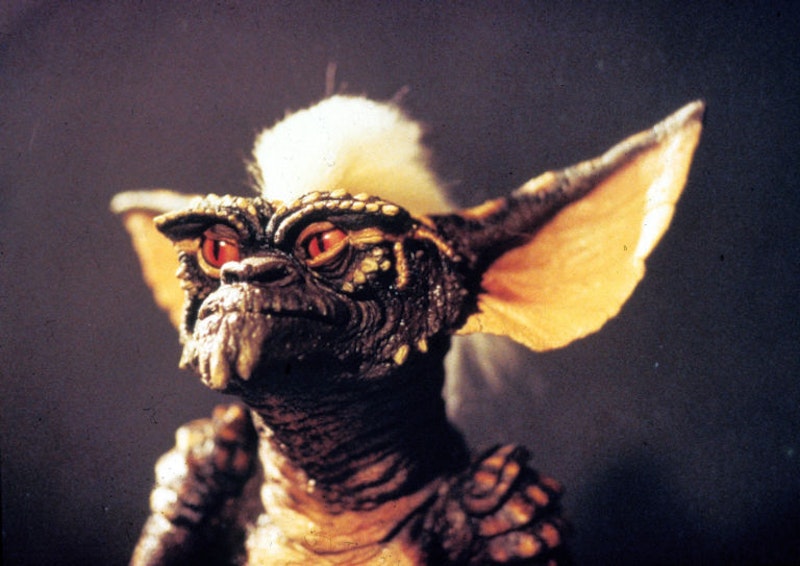 This is part of a series on 1980s comedies. The last entry on Trading Places is here.

The most unsettling moment for me in Joe Dante's Gremlins isn't the famous scene with the gremlin exploding in the microwave, enjoyable as that is. Instead, it's a relatively quiet scene, when our heroic and innocent clean-cut Midwestern kid Billy (Zach Galligan) is walking his love interest Kate (Phoebe Cates) home from her job at her family's bar. It's Christmas, but Kate reveals that she doesn't like the holiday. Billy chuckles incredulously, and then ribs her with ingratiating innocence, "You don't like Christmas? Are you Hindi or something?"

The exchange is very uncomfortable. Kate is understandably put off at Billy's obliviousness and low-key aggression; he can’t imagine that anyone could even marginally demure from his bland small-town consensus. More, he doesn't seem to realize that Jews or atheists, or, for that matter, Hindus, exist, and sometimes live in the United States. The film seems to recognize that Billy’s being a jerk—Kate gets exasperated with him. But he never really understands why or how he's being narrow-minded. Kate forgives him and agrees to a date without ever wiping the expression of blandly aggressive niceness off his face.

Is Joe Dante making fun of, or criticizing, Billy's provincial bigotry? Or is the film embracing Billy's perspective? Gremlins wants to tear apart the nostalgic self-satisfaction of small-town America while emitting evil giggles and snorts. But it also genuinely thinks Billy is a good person, and finds the existence of non-Billys in the world ludicrous and disturbing.

There are a lot of indications in the film that you’re supposed to take the side, not of Billy and his neighbors, but of the titular monsters. The town of Kingston Falls, as critic Alex Gherzo notes, is a nod to producer Spielberg's hero Frank Capra, and the town of Bedford Falls in It's a Wonderful Life. But where Bedford Falls is a kind, friendly community that resists the ravages of capitalist cooptation, Kingston Falls is a quietly dreary place, crushed under the thumb of the wealthy and stingy Mrs. Deagle (Polly Holliday). Billy works in her bank, and is mocked by an upwardly mobile manager; Kate works there too, and also has to work nights at her family bar.

The other inhabitants of the town are mostly hapless and unappealing; Murray Futterman (Dick Miller) mutters xenophobically about foreign products, drinks himself into a stupor, and watches television. Billy's father, Randall (Hoyt Axton) is an unsuccessful inventor and mostly absent father whose charming eccentricities shade into boorish selfishness. Maybe we're supposed to like him—he narrates parts of the film. But his combination of bloviating confidence and utter incapacity quickly makes him insufferable.

When the toothy gremlins start tearing into this mean-spirited town, it feels as much like a relief as a tragedy. Mrs. Deagle gets satisfyingly blasted through her roof. The gremlins first ruin Mr. Futterman's TV reception, and then get him when he comes out to check on the antennae. The local town cops who mock Billy and generally slack off of their jobs have the brakes of their vehicle torn out, and end up dead in their cruiser. A scene in Kate's bar, with the gremlins guzzling beer and raucously gorging on bar peanuts, is a gleeful exhalation of id—the ugly stereotypes of urban crime and lasciviousness tearing through the pasteboard faux naïveté of Trumptown.

Gremlins is winkingly aware of what It's a Wonderful Life deliberately refuses to recognize: the alternate universe Potterville, with Bedford Falls turned into a city with nightlife, jazz, and racial diversity, is unquestionably superior to the boring homogeneity of Capra's utopia.

Gremlins gets why the gremlins want to destroy Kingston Falls. But it also validates and embraces Kingston Falls' unthinking xenophobia. The gremlins are birthed originally from a single creature, a mogwai, named Gizmo and sold to Randall by a painfully stereotypical Chinese wise man (Keye Luke.) The gremlins, which multiply in water, are therefore presented as a proliferating foreign invading horde, eager to devour the American way of life.

The Americans react in the accepted fashion, i.e., with genocidal violence. The film loves watching the gremlins torch Kingston Falls, but it also loves giving Kingston Falls the chance to exterminate the Chinese invaders. Perhaps the film’s most famous part is the battle in the kitchen, in which Billy's mom, Lynn (Frances Lee McCain) shoves gremlins into food processors and microwaves, a bloody kitchen debate in which the mechanisms of American domestic capitalism grind up the enemy. Later, Billy traps the gremlins in a movie theater where they're watching Snow White and lights it on fire. It's a cute inter-textual moment that encourages you to cheer for an entire species being burned to ash.

You could argue that the film’s stronger for the ambiguity, and there’s pleasure in the way it slides back and forth between nostalgia and satire, or between cheering on the foreign invaders and blowing them up. Ultimately, though, the failure to pick a side seems less like nuance and more like uncertainty or incoherence. The wise Chinese man reappears at the end of the film after the gremlins have been destroyed to take back cute little Gizmo. He tells Billy's family that they’re not ready for the mogwai. Some critics give this a vague environmental gloss; the wise man is pointing out how the United States has failed in its responsibility to the earth, just as Billy's family failed in the responsibility to not create lots of monstrous gremlins.

But since the mogwai and the gremlins are standing in fairly clearly for the Chinese man himself, the claim that Kingston Falls isn't ready for the gremlins ends up being a weird statement about the impossibility of integration. It's not an accident that the gremlin's first kill is the film's one black character. Heterogeneity in Kingston Falls leads directly to genocidal conflict. The Chinese man shakes his head in mild sadness at this revelation, assures Billy he's a good person, and walks out the door.

Kate's reasons for hating Christmas are, in their own way, even more unsatisfying. During the gremlin apocalypse, Kate has a long, weird monologue about how Christmas was ruined for her. Her father inexplicably decided to dress as Santa Claus and go down the chimney one year when she was nine; he slipped and snapped his neck.

Again, it's not exactly clear how we're supposed to take this. Is it supposed to be funny? Moving? The monologue comes out of nowhere and isn’t mentioned again; it's like the film had a small nervous breakdown.

The obvious reason that Kate might not like Christmas—because she's not Christian—is too horrible or ridiculous to contemplate. The very idea that the community might not be homogeneous freaks the scriptwriters out, and they end up spinning a fantasy about the death of Santa Claus and the tragic break of family and community. If you don't follow the rules, you get apocalypse; the smallest dissent generates monsters. Gremlins is never sure if that means you should cheer on the monsters, or smooth away the dissent.