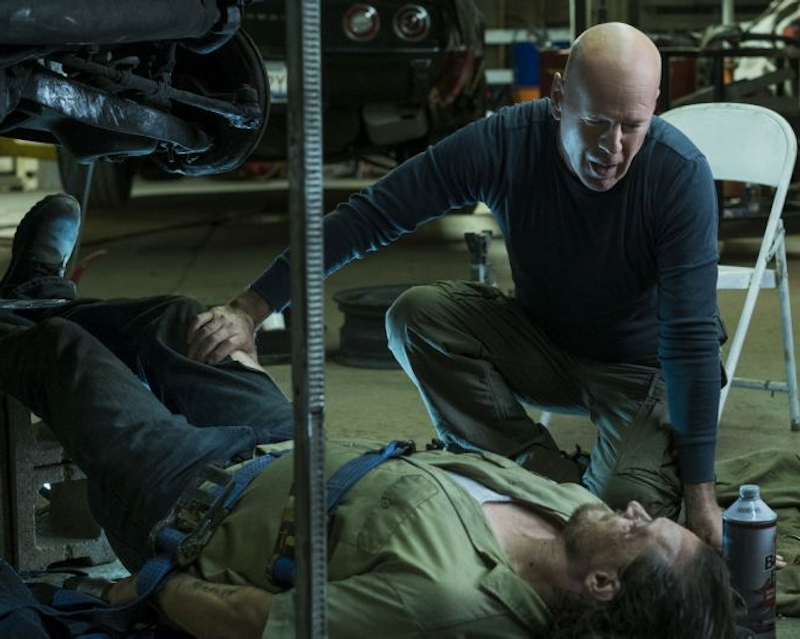 Eli Roth’s the most interesting horror director in America. He’s also the most astute enemy of liberal pieties working in Hollywood, or anywhere else in the entertainment business. This isn’t an accident. Horror’s the least conformist and conventional genre and serves to remind us how questionable our beliefs are. It's the opposite of outrage leading to activism.

Pop culture is so liberal-Progressive today that we find it hard to allow for alternatives. Every day, the media brings news of more things we can’t say. The list of entertainers whose contrarianism we tolerate grows shorter every year. We need to be startled out of this complacency. We need Eli Roth, who’s steadily carved a place for himself as a dissident artist, perhaps the only story-teller dedicating his career to dissecting and shocking viewers out of dogmatic slumber.

Roth’s new film, Death Wish, a remake of the 1974 Charles Bronson thriller about a white-collar man whose family is violently attacked and who responds by arming himself, destroying the criminals involved, and becoming a vigilante. Unlike the original, set in the seedy, going-bankrupt NYC of the 1970s, the remake is set in Chicago, the third-largest metropolis in America, and the most violent. This is a wealthy city, dominated politically by liberalism, but also a place of massive class and race inequalities.

Liberals don't want to talk about it: their responsibility for the plight of ethnic minorities and the lower classes in cities they run by default. It's been taboo since the race riots of the 1960s, which were neither expected nor understood. Admitting any failure would look like letting conservatives claim a win and letting them off the hook for charges of racism. So we're culturally unable to tell complex stories.

However transgressive we think cinema is or should be, the movies rarely live up to it, because everyone has to remember whom their friends and enemies are. Roth is different, so he brings back this story of an upper middle-class man exposed to the violence that often threatens the lower classes and hurts them disproportionately.

Paul Kersey, played by Bruce Willis, in his first memorable role this decade, is caught between public opinion and the realities of democracy in Chicago. He's a successful doctor who’s about to learn how fragile his luxuries are. Once he embarks on his quest for revenge, he’s affected by the social media world in a way he wasn’t before. Now he’s able to identify with the abstract concept of violence. Now he has to fear the police, as well. He becomes a mysterious stranger in a city where he thought he was at home.

He replicates the experiences that terrified him. He realizes what it means to be on the other side of the law. It's only here that the really uncomfortable thinking begins. His existence and his family are caught up in something not under his control. A freak accident—that's what violent crime looks like in the successful part of town—turns into a fate.

So is Kersey a champion of democracy, finally someone willing to help the victims of crime—the poor, needy, and the ethnic minorities? Or is he turning into the nightmare he and every other comfortable middle-class person lives with?

Think about this in the aftermath of the Parkland shootings—the movie itself involves the question of the safety of school kids, another uncomfortable, if accidental connection to the news. In Florida, the news gradually revealed a shocking cowardice on the part of all law-enforcement officers involved and, at the same time, incompetence reaching from the local sheriff to the FBI. How can people trust such authorities who nakedly pursue only their self-interest?

The evils that comfortable, protected movie audiences fear are realities in other parts of America. What about the people who feel as defenseless as we felt when the news told us about what happened in Florida? So somehow, the movie manages to antagonize both left- and right-wing opinion, because it's neither pro- nor anti-gun in the ways preferred, nor is it pro- or anti-law enforcement in the ways we're used to. Above all, it emphasizes that violence and injustice are experiences for some people, not just ideologies that people can get outraged or sarcastic about on social media—nor mere rhetorical appeals for various partisans who want to get themselves elected.

Events have given Roth’s Death Wish an urgency that goes beyond its theme and forces the audience to ask itself what it's willing to take responsibility for and especially in what ways it's responsible for each other. If, as I suspect, Parkland is going to make people take the story more seriously than they otherwise would, we’ll find out whether, despite partisan anger and the terrible recriminations that follow these evil acts, we can at least come together as an audience to confront the question of justice and if we can do anything about it.