#MeToo Feminism as a Dead End 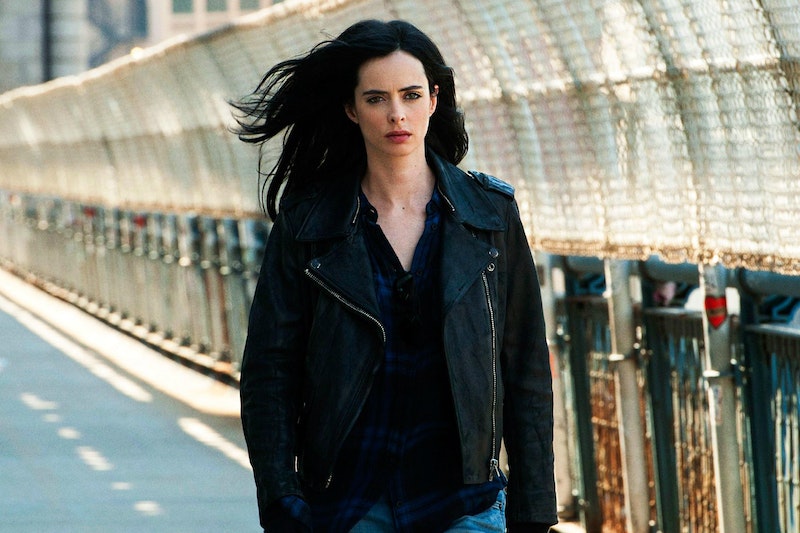 Netflix has released its latest provocative bit of storytelling, Jessica Jones Season 2. The first season, which appeared in November of 2015, was too early for the #MeToo era, but now looks like it made for it. It’s the first real success of through-and-through feminism in storytelling.

Creator Melissa Rosenberg (also, credit should go to Brian Michael Bendis, who created the character for Marvel) has given us, in Krysten Ritter's uncannily prescient interpretation, a heroine who looks startlingly like any number of the actresses recently making public complaints about the success they've been cheated out of, injustices they’ve suffered, and personal abuse covered up in Hollywood and in other industries.

This innovation in is both good and bad. We don’t really have storytelling that focuses on the perspective of an abuse victim, so it's good that Jessica Jones will make audiences more sympathetic to behavior that seems otherwise inexplicable. The entire story’s constructed to showcase the contradictory aspects of trying to cope, forget, deny, and overcome trauma. Self-contempt and self-abasement are as clearly depicted on screen as delusions of power and searching incredulity when it comes to what or who might be reliable.

The bad part is she's not a real heroine, because she can’t get her act together. She acts in self-defense, so the story ends up presenting her as though she owes her tormentor her self-knowledge. Her actions for the good are even more indebted to the villain. He forces her to act. Thank God for monsters?

It gets worse in Season 2, which makes the now-common mistake of working out a hero's origins in some trauma. Have you seen countless stories about a government-conspiracy medical experiment that leads to torment and super-powers and which, though contrived by incredible masterminds, goes awry and leads the victims to a freedom of dubious worth? Get ready for another.

This is an attempt at moral recovery. It's about her need to gain self-control. This is also good, though not as innovative. The more broken she is, the more Jessica Jones needs to think herself in control of herself. Fake it till you make it. Don't discount it. We get on with our lives because things are okay—but if your world falls apart, you might find yourself in need of salutary delusions too, just to make it through the day.

Her self-involvement means she fails to be the hero #MeToo feminism needs. She's seems dedicated to #MeOnly. How can the woman with the greatest powers and the most personal experience of the evils of patriarchy not care to do anything about it? To the extent this is believable, it's owed to impressive characterization. If you look at videos and read stories by women claiming they've been abused and compare them with Krysten Ritter, you'll see what I mean. It's almost disturbing.

She’s a sarcastic young woman in a big city, not young enough to have delusions of making it, and not old enough to reconcile herself with all her disappointments. She's full of fight, but she's broken. She's alone and refuses any help. She feels America has cheated her out of everything she might’ve had; she won't leave New York City and live another life. Really, this is her only qualification for heroism, an unwillingness to give up—which is also a rejection of that American habit, going away and starting a new life in a new place.

So she makes #MeToo feminism look like a dead end. Unlike her best friend (played by Rachael Taylor) and her lawyer (Carrie-Anne Moss), Jessica Jones has the strange purity of not attempting any achievements. To make her seem a perfect victim, the writers deny her ambition. A feminist critique of the show might attack not only the unwillingness to take on class injustice, but also denial of agency.

So what we want and don't get is a story of overcoming trauma. That's Jessica Jones's female empowerment. But the show is weak on both generational solidarity and sisterhood. Mothers or older women aren't much on help or love. Jessica Jones and her best friend are mostly on different paths in both seasons. You get the individualism of alienation, but no real association or leadership; for all its achievements in storytelling, feminism has yet to offer an (admittedly fantastic) account of female triumph.