The Final Year is a Lefty Love-In

The film assumes the viewers are as thoroughly invested the topics as the subjects. 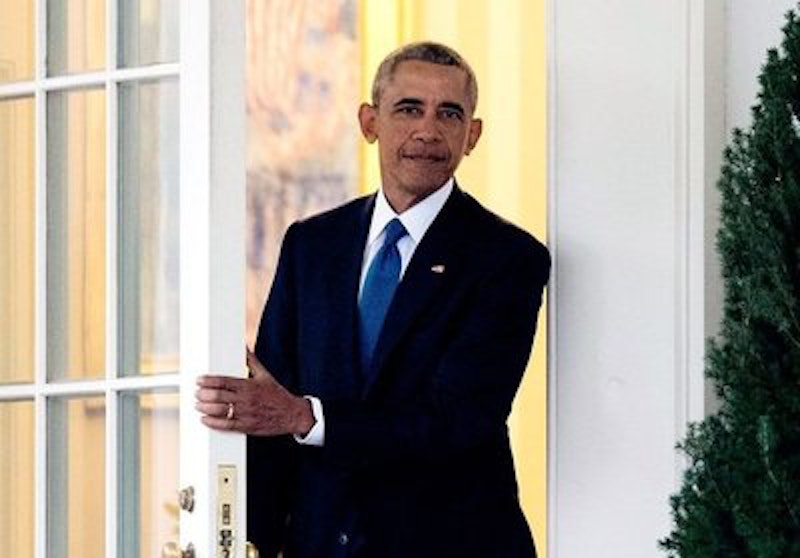 The Final Year is a documentary about the Obama administration's last gasp efforts at peace through diplomacy. It's interesting because the people profiled are interesting, but I felt too much was missing. The film is centered on Samantha Power, John Kerry, and Ben Rhodes, with Susan Rice and Barack Obama making occasional appearances.We follow Power, Kerry, and Rhodes as they negotiate the Iran deal and the Paris climate accord, but we're given more generic platitudes about making the world a safer place than information about what these agreements actually entail. There's a great deal of talk about securing these deals so that they cannot be undone by subsequent administrations, while operating on the prevailing assumption that Hillary Clinton will be the next president.

On an individual basis, it's intriguing to watch some very different personalities at different stages of their career. Kerry views his tenure as Secretary of State as an extension of the work he began as an anti-war veteran in the 1970s. Despite his experiences in the Vietnam War, he doesn't regard himself as a pacifist because he views military action as a last resort should diplomacy fail. There's also a sense that Kerry is shoring up his legacy, especially when he makes history as the first sitting cabinet member to visit Antarctica. He's defensive about criticism of the Iran deal, and sees it in the tradition of Ronald Reagan meeting with Mikhail Gorbachev, or Richard Nixon meeting with Mao Zedong.

Of the three, Power comes off most like a true believer. Despite this, she remains on the pulse of the shifting tides of the world, particularly when she laments the growing threats to democracy. As UN ambassador, she views her job as having to confront the worst of the world, from preventing genocide to defending human rights. There's a scene where Power has a disagreement with an assistant, in which she insists that the most difficult thing she has to do is reconcile the moments when American values and national security appear to be in opposition to each other.

Rhodes is difficult to pin down. He had the long-winded title of Assistant to the President and Deputy National Security Advisor for Strategic Communications and Speechwriting. He was once described as "the asshole who is the president's foreign policy guru," and, despite his purported cynicism, might be the most ideologically blind.

The ideological blindness is apparent when discussing the 2016 election. There's a scene where, accompanying Obama to Laos, Rhodes chats with a student in a cafe, who’s worried about the global impact of a potential Trump presidency. Rhodes laughs off her concerns, saying that he's convinced Clinton will win. When the girl presses him further, asking about the unexpected results of the Brexit vote, Rhodes doesn't have an answer. He later says that he operates with the prevailing assumption that Clinton will win. In the scene just after Trump is declared the winner, Rhodes is sitting in the Rose Garden stunned and incoherent.

In the run-up to Obama's final UN speech, Rhodes and Power clash over the message. It's here that Power wants to spell out the looming threats to democracy, while Rhodes wants to focus on the world's growing safety and wealth. In the final delivered speech, Obama strikes a balance by maintaining a tone of cautious optimism.

Over the course of the film, Rice makes sporadic appearances, and I couldn't help thinking that any discussion of the investigation into Benghazi, and its consequences, was conspicuously absent. In addition, any mention of the resulting scandals plaguing Clinton's campaign was simply non-existent. Perhaps these omissions were intentional, as a way for the filmmakers to acquire and maintain such intimate access. The only scandal the film acknowledges is Rhodes’ disastrous profile by The New York Times Magazine where he insulted the White House press corps as immature know-nothings.

In broadly covering diplomacy, the film assumes the viewers are as thoroughly invested the topics as the subjects. The result is that some very heavy topics are treated superficially. The most detail is given to the kidnapping of the Chibok schoolgirls by Boko Haram because of Power taking the time to explain it to her children. The scenes where I found myself nodding along with Rhodes were when he expressed his frustration at the press for giving more coverage to Trump's Twitter feed than on any substantial information, and where he later complains that these simplified discussions have lead to legitimate concerns about climate change being treated as a political vulnerability.

The film is guilty of the same things that Rhodes criticizes the press for. The most egregious example is in regard to Power's infamous UN speech, where she gives Syria, Iran, and Russia a dressing down over their attacks on civilians, which is sloppily edited and sprinkled throughout the film. It makes the continuity choppy, and the narrative difficult to follow.

The film ends with Obama's trip to Greece, where he gives a gracious speech thanking the nation for creating democracy. In a final interview with the filmmakers, Obama says that history doesn’t follow a linear path, but the steps taken for equality and justice usually leave the deepest tread.

I don't think The Final Year will win the Democrats any converts, as it already feels like a lefty love-in. There's an overly sentimental tone of "what might of been," and it fails at achieving fresh insight. Beyond nostalgia for the immediate pre-Trump years, this film will exist to bore future generations of social studies students.