An odd hagiography from the German director. C 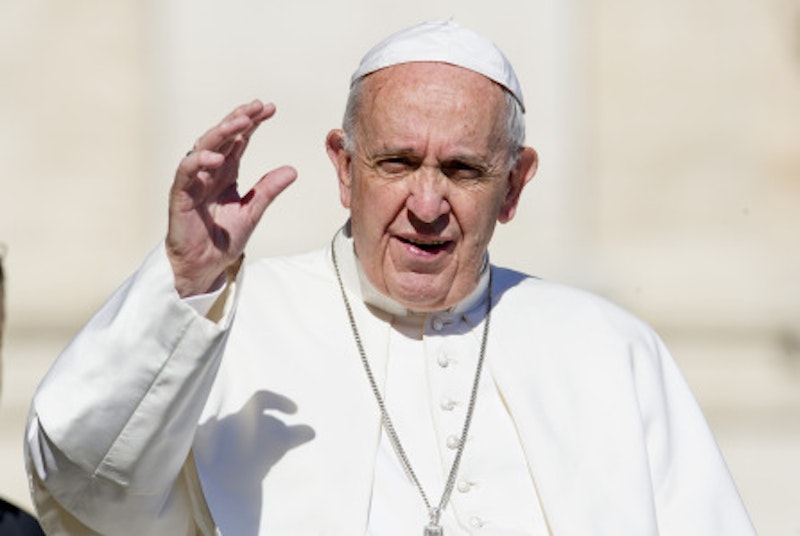 German auteur Wim Wenders has pushed the boundaries of biographical documentaries with the likes of Buena Vista Social Club, Pina, and The Salt of the Earth. In those films, he paid less attention to how his subjects lived to how they did their jobs—musicians, dancers, photographers. He found ways to incorporate the feel of those professions into the films themselves, like with the spellbinding use of 3D to scrutinize the choreography and physicality of the dancers in Pina. That Wenders has now turned in a routine, verging on hagiographic documentary about Pope Francis is disappointing.

Pope Francis: A Man of His Word will not teach you much new about the current head of global Catholicism. It runs through background details on his life in a manner that’s not unlike scrolling headlines about the man, in 90 minutes jumping from one topic to another. Who he is as a human being is left completely inscrutable. Wenders may have had unprecedented access to interview the Pope, but even when he speaks while looking directly into the camera, he might as well be standing on a distant balcony.

The film doesn’t reveal the Pope’s theology or philosophy but announces it, each point outlined to the point of tedium. The emphasis is on how progressive Francis is compared to his predecessors—his concern for the poor, refusal of gaudy vestments, advocacy on behalf of the environment. But this only highlights how conservative the Catholic Church remains; his supposed reformist attitude merely brings him to the bare minimum of a standard for being a decent global citizen. In the absence of any real analysis of the causes underlying the problems he wants solved, Francis offers generic clichés. But then, if he started pointing the finger at capitalism’s nefariousness, he might have a lot fewer fans both within the Church and without.

The worst examples come when the Pope visits Washington, D.C. and Israel. In the former, his address before Congress is nothing but platitudes. He even opens with talking about how great it is to be in “the land of the free and the home of the brave.” He then stresses the need for making peace and reducing the arms trade, which earns a standing ovation from the crowd of politicians—an easy enough reaction to earn when one doesn’t take Earth’s most culpable spreader of violence to task in any way. In Israel, the Pope addresses the Israelis and Palestinians alike with similar pleas for peace, which he can do because he makes no analysis whatsoever of any power dynamics within the region.

Wenders seems bored, following this man around and watching him make variations on the same feel-good, non-specific statements. Worse, he doesn’t scrutinize the Pope more closely when he uses this same rhetoric to brush off questions about the treatment of women or the ongoing sexual abuse scandal within the Church. But since the movie was pitched and backed by the Vatican, there likely was never any hope of such a critical lens.

Wenders manages a few significant scenes. There’s one time-lapse shot of Assisi, the home of Saint Francis, from whom the Pope got his papal name, that‘s mesmerizing for how much it isn’t apparent as a time-lapse shot at first. The changing light on the landscape melts and fades rather than rapidly shifting. There are also scenes featuring Saint Francis that look like excerpts from a silent film, but were directed by Wenders for this one. That kind of clever toying with perception is the exception rather than the rule for Pope Francis, which is too willing to take the man at his word and not question further.