Solo: A Star Wars Story is a Missed Opportunity 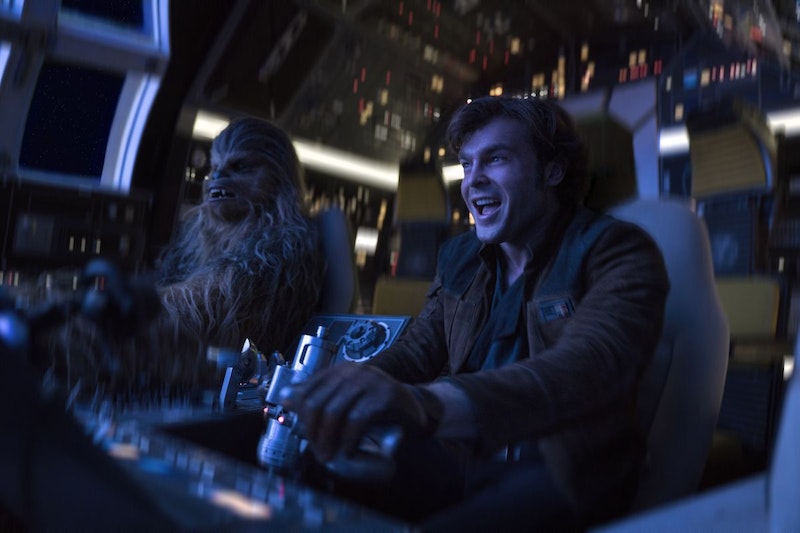 A couple of things are well known about the troubled production of Solo: A Star Wars Story, the latest “standalone” film in the Star Wars saga that shows us the early years of Han Solo. The original directors, Phil Lord and Chris Miller, were fired about halfway through production and replaced by Ron Howard, who managed to finish the film on time. And the actor playing Han, Alden Ehrenreich, was reportedly so underwhelming on set that an acting coach was required to set him right.

Having seen the film, Ehrenreich is fine in the part and in fact one of the best things about the film (though I get a chuckle from imagining a real-life reprise of the same actor’s great “If That It Were So Simple” scene from the Coen brothers’ Hail Caesar!)

Solo is, by a significant margin, the weakest of the four Star Wars films to arrive since Disney took over the franchise. A strong cast and the beginnings of a compelling story are wasted by what is, whichever director or directors is responsible, some of the worst filmmaking in Star Wars history.

The film is built around one of the more compelling stories in Star Wars lore that hadn’t yet been told on screen: the early years and coming of age of smuggler antihero Han Solo. Without giving away much, we’re treated to all the hits: Han’s introduction to Chewbacca, his first run-in with Lando Calrissian (now played by Donald Glover), his initial trip on the Millennium Falcon, and a few other things that previously had only been hinted at in dialogue.

We also see Han’s interaction with a mentor character (Woody Harrelson), as well as his pre-Leia romance with Qi'ra (Game of Thrones’ Emilia Clarke—and wait until the toxic fanboy wing of Star Wars partisans hear that Han Solo was motivated in his initial quest, by a GIRL!)

On the surface, there’s plenty to enjoy here, especially if you’re a longtime enthusiast. The characters act true to what we know about them, and the Han/Lando relationship is a delight. There are also some creative and enjoyable new characters, including an alien (voiced by Jon Favreau) and a robot with revolution on her mind (Phoebe Waller-Bridge, who steals a roughly 10-minute chunk in the middle of the film.)

But the list of what doesn’t work in Solo is much longer. It starts with the film’s look, which is uncommonly dark, ugly, and doesn’t look anything like a Star Wars movie. Whatever your opinion of The Force Awakens and The Last Jedi, they were full of gorgeous, memorable shots. I last saw Jedi five months ago, and can close my eyes right now and remember about 10 different visual tableaus from it. There’s nothing close to that level in Solo.

And while it’s consistent with what we know about the character, Solo doesn’t really add anything new that’s crucial to our understanding of Han Solo, nor does it unlock anything that sheds new light on the older films. Most of the film’s best moments amount to cheap fan service.

Even worse than that, there are a few fight scenes that are shot in the sort of hand-held, impossible-to-follow shaky-cam that’s plagued all of the world’s worst action movies for the past 15-20 years.

Solo saves the worst for last, with a terrible third act that recalls one of those hack thrillers from the late-1990s in which there’s five or six earth-shattering plot twists within minutes of each other. As with any other movie in which the original director was fired and replaced with another midway through production, it’s not clear which director or directors are responsible for which scenes. Some scenes—especially the ones shot in extreme close-up of every actor’s face—certainly feel like Howard, while others, in which the colors on screen are so dark that you can’t see anyone’s facial expressions, feel like reshoot salvage jobs. But there’s little of the witty, satirical spirit of the fired directors present in the finished product.

I was looking forward to what Lord and Miller—who turned The LEGO Movie, inexplicably, into one of the most surprising creative triumphs of recent years—could do with a project of this scale. They’re true talents, not young directors like Josh Trank or Colin Trevorrow who were handed Star Wars movies on the strength of mediocre indie films (and later fired as well.)

Would a version directed entirely by Lord and Miller have turned out better than the final product? We’ll probably never know. But Solo ultimately goes down as a missed opportunity for the Star Wars franchise.