The Dream of Vietnam 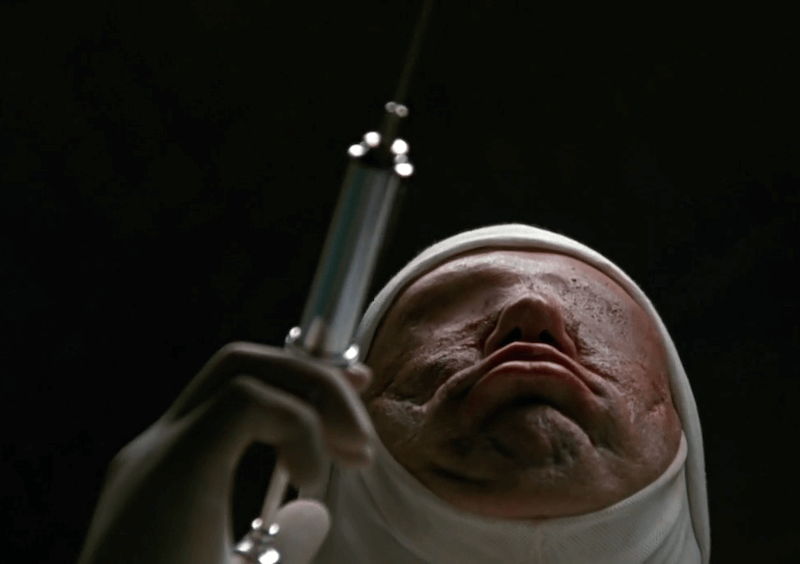 This is part of a series on latter-day U.S. colonial wars. The previous installment, on Zero Dark Thirty, is here.

Jacob's Ladder is a Vietnam film that isn't about Vietnam. Or, more broadly, it's a film about the disconnect between war and popular representations of war. Director Adrian Lyne tells a familiar story about the ongoing psychological trauma of veterans. Those who go to war are scarred for life, and the past is inescapable. But the film's hallucinatory narrative and its trick ending effectively erase the link between past and present. Vietnam isn't an ongoing wound; instead it becomes a kind of misty symbol of death and acceptance. Colonialism is transformed from a political problem into a convenient opportunity for spiritual growth.

The narrative of the film involves Jacob "Professor" Singer (Tim Robbins) a veteran who was badly injured during a terrifying battle in Vietnam. After he returns home, Singer's marriage dissolves, in part because of the death of his son Gabe (Macaulay Culkin) and in part because he has decided to work as a mailman even though he has a PhD. He starts dating fellow mail worker Jezzie (Elizabeth Peña), and seems happy, until he begins to experience a series of frightening visions. People, or demons, are pursuing him, and he finds out that others from his former unit are having similar experiences. Finally, a former chemist tracks him down and explains that he and his unit were subjected to LSD experiments; it wasn't the Vietnamese who decimated the unit, but the hallucinating Americans themselves.

The last scenes of the film show Singer back in Vietnam. He did not in fact survive the war, but died after one of his own buddies stabbed him through the stomach. His spirit goes to heaven with his dead son. In the tradition of Ambrose Bierce's "An Occurrence at Owl Creek Bridge," the entire film was a hallucination in the moments before Singer's injury killed him.

Despite the twist ending, Jacob's Ladder is more interested in atmosphere than plot. The initial battle is one of the more effectively horrifying war sequences I've ever seen, precisely because it abandons a clear narrative in favor of a hallucinatory, incomprehensible terror. Someone sees something in the tree-line, and some men start to scream and thrash, clutching their heads and rolling on the ground. Others sit down haplessly, while others fire at nothing. It's impossible to get your bearings in the scene. Even in a relatively grim film like Full Metal Jacket, the soldiers have definite objectives and plans; they move forward city block by city block, which gives one a sense of motion and accomplishment, however futile. The battle scene in Jacob's Ladder is more like a helpless, claustrophobic dream.

The rest of the film feels like that as well—and not just because of the occasional demonic set piece. The action is unmoored in time; it's unclear how long after the Vietnam war the film takes place. Did Singer get his PhD before the war? Did his son die after he returned? Part of the confusion is perhaps that the script was completed in 1980, 10 years before the film was made. But there also appears to be a deliberate effort on the part of the filmmakers to obscure the timing with a set design that eschews deliberate retro touches.

The result is that the film exists in a kind of vaguely anachronistic nowhere. When Singer's lawyer refuses his case because he can't find any record of Singer being in Vietnam, it's supposed to suggest conspiracy theories—but it also feels inevitable. Singer doesn't seem old enough to have been in Vietnam. First Blood is ridiculous in a lot of ways, but its small town late-1970s grungy setting feels real; long-haired, hitch-hiking Sly Stallone looks convincingly like he's just come back from overseas. Singer seems to have been placed on a studio set and given a penciled-in backstory. As he says to his girlfriend, the hallucination: "Who are you?"

The unreality is explained by the ending; Singer’s dreaming everything. But the unreality is also a meta-commentary; the film is a film. It feels unreal because it is unreal. In 1990, the Vietnam War was long past, and the argument over its pros and cons increasingly distant. That's why, perhaps, the war is not presented as sufficient tragedy or drama. Singer’s given a dead son as a kind of more universal tragic backstory. Vietnam isn't relevant enough on its own.

Vietnam in Jacob's Ladder turns into a kind of half-dream—a misty, internal drama. That's oddly in line with other Vietnam films, from Full Metal Jacket to Platoon to First Blood, in which the moral and political reality of the war takes a back seat to a struggle for the inner soul of America and/or the main character. In Jacob's Ladder, the Vietcong don't even exist; the chemist fleetingly refers to performing medical experiments on enemy soldiers, but it's never pictured. There’s no enemy in the film except for Americans killing each other, and the demonic hallucinations in Singer's head. More insistently than most war films, Vietnam is an adamantly American story.

That story, in the end, isn't about the pros or cons of war, but about the inevitability of death. Singer's chiropractor/spiritual advisor Louis (Danny Aiello) tells him that hell is just a place where sin and history are burned away. If you accept death, he says, you don't have to fear.

And so Singer follows that advice—as does the film. Vietnam's specificity as an imperial racist war that spreads death and genocide across Southeast Asia is largely forgotten. Indeed, Singer's entire life drifts away in a non-specific religiosity. What matters is not who you killed, because don't we all really just kill ourselves anyway? The important bit is the Hollywood tearjerker. Singer and his son go up the stairs into bliss, leaving Vietnam to fade into insubstantiality behind them. The past is done; the political is a dream. At peace with ourselves, we can prepare for more war.