The Russians Are Masters of Deception 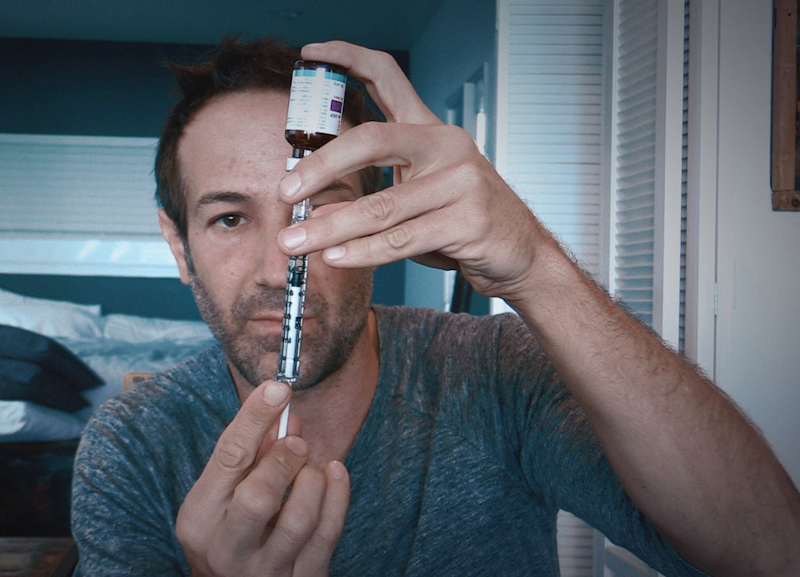 Bryan Fogel is a Hollywood screenwriter/director/actor who found his career floundering after directing a flop in 2012. The attractive offers dried up, so he came up with his own project. Fogel had been an avid amateur cyclist for years, and was convinced that professional cycling’s anti-doping program was fatally flawed. He doped himself while preparing for and competing in a major race, and filmed the entire process. That’s the film he thought he was going to make, but it didn't turn out that way.

Near the beginning of the new Netflix original documentary, Icarus, Fogel is shown making his first contact with Grigory Rodchenkov, the director of the Moscow’s Anti-Doping Centre, via Skype. The Russian scientist is going to be his doping coach, and he appears to relish his new job. Under Rodchenko's supervision, Fogel films himself injecting PEDs repeatedly in preparation for the Haute Route cycling race from France to Switzerland, amateur cycling’s most prestigious event.

The co-conspirators hit it off in their subsequent Skype chats, and the charismatic Rodchenkov eventually comes to L.A. (they bear hug each other upon his arrival at the airport) to continue his work. He's a warm and affable onscreen presence with a lively, Russian sense of humor. Watching him work with the director, you get the feeling he knows exactly what he's doing and is determined to succeed. Rodchenkov's even going to smuggle urine for Fogel.

After weeks of meticulous chemical preparation, there's footage of Fogel racing in the Haute Route, which some cycling insiders think is more challenging than the Tour de France. Then Icarus suddenly morphs into a docu-thriller when the World Anti-Doping Association (WADA) exposes Rodchenkov’s role in Russian state-sponsored sports doping. To Fogel’s (and viewers') amazement, it turns out that his doping coach is the man in charge of the entire shady operation. In Putin's Russia, people who know too much about certain sensitive matters get nervous. Rodchenkov Skypes Fogel in a panic, telling him his life's in danger, and soon enough he's able to escape to Los Angeles, with the hard drive of his computer. When the film later shows TV news reports of the suspicious deaths of two other Russian men involved with the doping conspiracy, there's little doubt that Rodchenkov's fears were justified.

Handed this wild new plot twist, Fogel discarded his original concept, making Icarus into the story of a man who’s been forced to leave his family behind in Russia and is eager to spill the beans on what he says is a decades-long doping scam. Several years back, Rodchenkov tells Foley, he'd been committed to a mental institution after a suicide attempt, but got released in time to direct the doping operation for the $50 billion 2014 Sochi Winter Olympics which Putin was hell-bent on using to showcase Russia’s proud place in the world. Rodchenkov assures the director that Putin was the guy who set him free.

While filming Icarus, Fogel accidentally stumbled upon the greatest scandal in the history of organized sports. That's some stroke of luck. With direct access to the the scandal’s main player, at the operational level, he was gifted with information that led to him to selling his film to Netflix for $5 million, a record price for a documentary.

“You know,” says Rodchenkov at one point in the film, “we’re are top-level cheaters.”

Russia's all over the news now for a different sort of cheating, adding another layer of interest to Icarus. The Russian word for military deception is maskirovka, which involves disguising and denying, just as Moscow did during the Russian invasion of Crimea. Doping athletes to boost international prestige is a form of maskirova, but Fogel's produced the smoking gun with Icarus. With Rodchenkov playing the whistleblower, he's able to disclose a damning degree of Russian state-sponsored doping detail. There's a clip of Putin saying that it's unthinkable that Russia would ever do such a thing, which is precisely how this game works. The West is always persecuting Mother Russia. Only Putin, the alpha-male defender of Russian pride, is strong enough to do something about it.

"Truth is the new banned substance,” is Icarus' subtitle. It's the perfect film for the post-truth era, of which Vladimir Putin has been a major architect. Donald Trump is following in his footsteps now that he's in the White House. Maskirova comes as naturally to habitual liars as running does to gazelles. Fogel begins his film portraying Grigory Rodchenkov as an erstwhile post-truth warrior committed to creating a separate reality that serves Putin's grandiose vision of Russia, but suddenly this villain morphs into a champion of the truth.

It's possible that the director got too close to his subject, as he never presses the Russian defector on some of the issues that could’ve used more scrutiny. Still, Fogel’s got a case that Rodchenkov is a victim in this situation, as he explains in a scene where he's meeting with a panel of skeptical WADA officials. Rodchenkov, who they feel has betrayed them, left his wife, children, and financial security behind in Russia to expose the shocking level of Russian deviousness he once was central to. He's now in the FBI’s witness protection program. We’ll have to wait for Grigory Rodchenkov's book to come out for the full story, but Bryan Fogel has shaken up the international sporting world with Icarus.