Why I needed Noah's Arc. 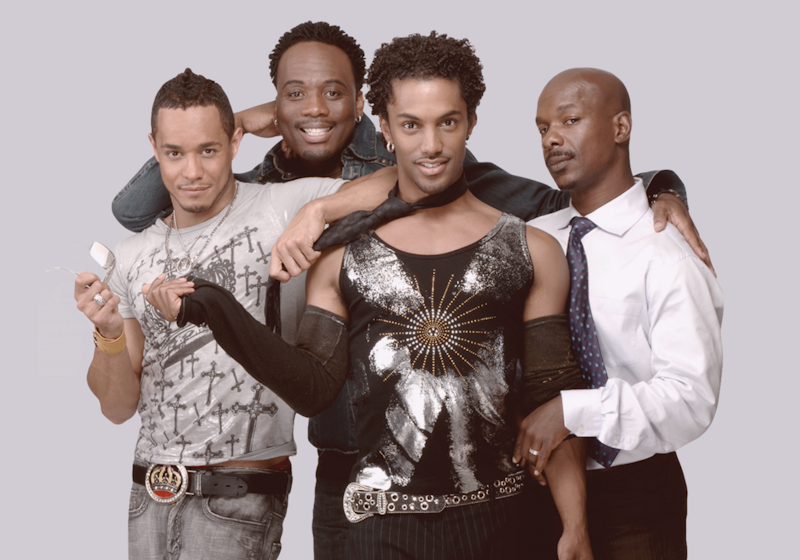 The only gay television show that’s ever really turned me out is the terrible but oh-so-very-good Noah’s Arc, which you could describe as the black gay Sex and the City. There’s the sexual one, the uptight professional one, the comedic one, and the grounded but hard-headed creative, obviously the “Carrie Bradshaw” of the bunch. Noah’s Arc came out on Logo at a time when you had to call Time Warner, up your cable package, and pay an extra $10 a month just to get the channel. But it was worth it to see gay people on TV who looked like me.

Noah’s Arc is so much fun, even if sometimes I’m like, Noah, girl, why are you wearing 27 scarves, a wig, pink hot pants, yellow socks, cheetah print thigh-high boots, and a football helmet? Girl, where are you going! But the bad fashion is part of the fun, and you laugh as much with the show as you do at its campy ridiculousness. Nowadays I make everyone close to me watch Noah’s Arc—family, friends, lovers, boyfriends. We’re not close if we haven’t watched Noah’s Arc or if I haven’t suggested we watch it! If you can watch Noah’s Arc with me then you can maybe understand where I’m coming from.

Noah’s Arc, which had just two seasons plus a movie, was much more than a television show. As a twentysomething gay coming into my own, I needed Noah. I needed to see myself—a black queen on screen. Noah was a sort of virtual safe space, a 20-minute refuge away from the all-watching eye of white supremacy. On Noah you could see black gay love, black gay humor, black gay friendship, and black gay community, something you rarely see represented anywhere.

As much as I miss the beautiful blackness of Noah’s Arc, a host of new television series, like Issa Rae’s Insecure and Brown Girls on OPEN TV, are popping off because they don’t center whiteness. White gay guys will be the first to jump up to tell you that we should all come together, that we’re all oppressed minorities and that race should have no place in how we approach our television shows. Chop! When you get to see yourself represented everywhere and in all media, of course you’d say it isn’t a big deal to have a show about white gay folks. These are the same dudes who got their jock straps in a bunch when Looking, the failed Millennial gay HBO series was cancelled because it lacked diversity. I get that the show was an important milestone, especially in the absence of Queer as Folk, it’s just a shame that, as usual, the narrative centered white gay men and that none of the higher-ups noticed.

I needed Noah's Arc not just because I wanted to see myself represented on screen, and not just to remind myself about the reparative qualities of black community, black love, and black friendship, but because each episode taught me to love myself a bit little more. I’ve never really hated myself for being black—I love my blackness—but when you breaststroke through white supremacy and all kinds of microaggressions every single day, you get exhausted, and girl, I’m tired. It’s naive to say that representation alone is enough to cure social ills and get rid of those feelings of exhaustion, but it does help people like me to love ourselves a little bit more, which is so hard to do when you’re told your voice doesn’t matter.