Only a Sad Face Applies Here

The Emoji Movie casts a dark shadow over Hollywood. 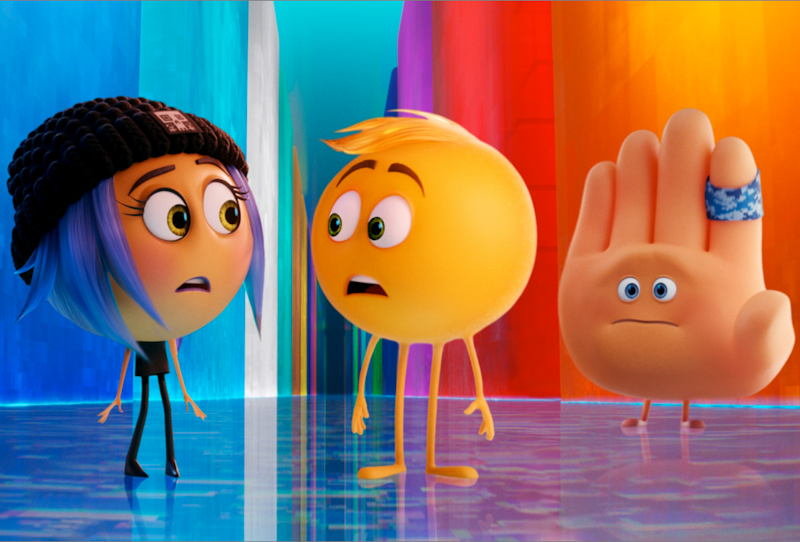 I was intrigued by Nicky Smith's analysis about the reaction to The Emoji Movie, and for the most part I agree with him that the reminder of our social media hits too close to home for audiences. But I’d also argue that it's about how that reminder is framed. Instead of a trenchant commentary on social media, our technology-driven lives, or its impact, it simply exists as a pure reproduction of that environment. In some cases, it's actively celebrated. The plot, cobbled together with bits of Wreck-It Ralph and Inside Out, thrown in with quippy one-liners as substitution for characterization, serves as an excuse to drop the characters into apps brought to life by product placement.

The film tells the story of a rogue emoji named Gene who wants to express more than he’s allowed to, enlisting the services of a hacker named Jailbreak to get him to “the cloud” so he can be reprogrammed. The defining traits of each emoji dictate their entire characterization. The plot follows Blake Snyder's Save the Cat beat sheet point by point without anything to mix up the structure. As other critics pointed out, it’s an advertisement for the apps presented. They’re not merely present, but interwoven into the narrative in a way that goes beyond merely showing a billboard in a scene.

The subplot of Gene's parents, both “meh” emojis fraught with emotional distress and expressing it as only a “meh” emoji would, rests upon a single joke that quickly fades. Jailbreak's character arc attempts to throw in feminist themes but fails to elaborate upon them, coming to a nonsensical conclusion.

The Emoji Movie represents Hollywood as an institution, which is another reason why it has earned the ire of moviegoers who’ve become inured to the endless stream of superhero and blockbuster movies that’re easily digestible but quickly discarded. It sacrifices storytelling for fleeting spectacle, and ends up as another cog in the advertising machine, benefiting products like Dropbox and Spotify, polluting the minds of impressionable kids.