The Cruel Banality of Life Itself 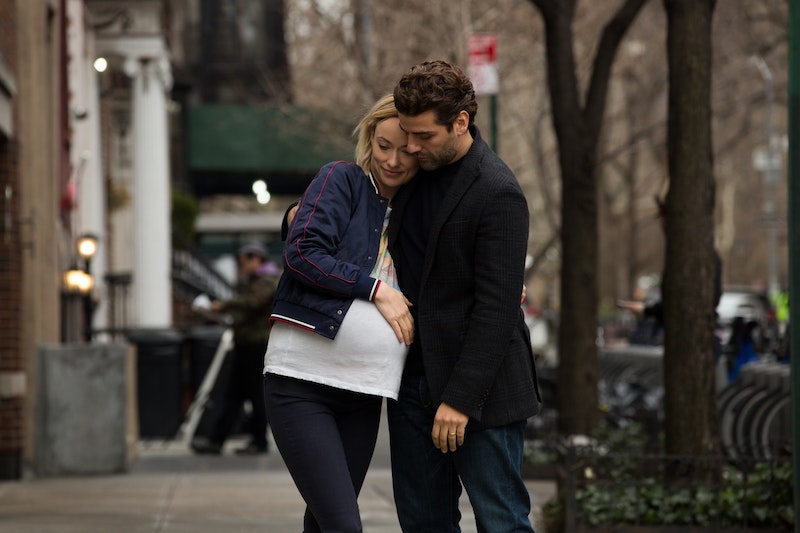 Why was there a bidding war for Life Itself? It existed as only a script when three major studios made offers to writer/director Dan Fogelman in late 2016. Oscar Isaac signed on, then Olivia Wilde, then Annette Bening, Samuel L. Jackson, Mandy Patinkin, and Antonio Banderas. How did Fogelman pull this off? Amazon paid $10 million to distribute it, and apparently the script was on the 2016 Blacklist. Was anyone this excited about Collateral Beauty? Did they see dollar signs with that one? Life Itself comes from the same place: overwrought and banal, and, without any self-awareness, extremely cruel. It’s like watching an insurance commercial turn into an episode of Black Mirror and then back again.

Life Itself has received unanimously negative reviews. It has a 13-percent rating on Rotten Tomatoes. Fogelman’s reaction to critical scorn is just as juvenile as his film: “There’s a disconnect between something that is happening between our primarily white male critics who don’t like anything that has any emotion… It’s concerning because it is important, it tells people what to go see… I don’t feel that often now our pop and film critics are speaking for a sophisticated audience anymore.” It’s telling that Fogelman, a man with no imagination and not an original bone in his body, would use the very en vogue straw man of “white males” to bat away critics, who across all demographics, hate this movie.

One of the better pieces on the film, by Todd VanDerWerff for Vox, argues that “Life Itself is a disaster of a movie, caught in a web of its own privilege,” and that its blinkered worldview is a socioeconomic problem: “Fogelman’s work is a little like listening to James Taylor’s “Fire and Rain” while shopping for candles in a Pier One: It never stops to question its economic comfort, its upper-class value system, or its essential whiteness… If Life Itself is like shopping for those candles at Pier One, though, then the Barnes & Noble next door is also on fire.”

VanDerWerff also points out, “There are whole swaths of this movie that exist solely to punish the characters,” and to me this was by far the most disturbing aspect of the movie. In Life Itself, we see a pregnant woman get hit by a bus three times. Annette Bening gets hit by the same bus earlier in a fantasy sequence. We see her brain matter and viscous, crimson blood gush from her head, and less than 15 minutes later, we see Oscar Isaac shoot himself in the head in front of a horrified Bening, and though we’ve been conditioned by this point to read this scene as fantasy, it’s for real. Olivia Wilde’s character became an orphan at seven, when her parents were killed instantly in a car crash. Not only was she in the car, her father was decapitated, and Fogelman lingers on that detail, lathering the tragedy with sadistic, gory glee as if he were remaking Final Destination as a Lifetime original movie.

That’s just half of it: Isaac and Wilde’s daughter, also orphaned, is taken in by an awful uncle who molests her for years until she somehow gets a gun and shoots him in the knee. We see a dog die, middle-aged mothers with cancer, more car accidents, more blood. Grief is not gore, but Fogelman has clearly confused the two, conflating horrendous freak accidents with serendipity and the magic of coincidence. It’s a disgusting confection, a movie that has the emotional intelligence and obsession with graphic violence of a middle-schooler.

Most of the problems come from the script, but Life Itself isn’t even competently or convincingly made: despite taking place over 70 years (a conservative estimate), no changes in clothes, cars, culture, or surroundings are visible. The end of the movie, which has to take place somewhere around 2080, is set in a bookstore. Nothing looks different. Nothing has changed. If anything, anyone that watches this movie will be that much less intelligent, that much less sensitive for all of its punishing naïveté.

Fogelman’s writing is as sophisticated and worldly as a precocious fifth-grader, and the explicitly white strains of epiphany-core and its ciphers certainly define Life Itself, but keep in mind that this isn’t a movie that was fussed over by multiple screenwriters or stuck in development hell for years. This was Fogelman’s attempt at a modern emotional epic like Magnolia, and by every indication, he was given as much freedom and as much money as Paul Thomas Anderson was in 1998. Fogelman’s This is Us is a successful television show, and with that in your back pocket, the high caliber cast starts to make a little more sense. But here’s the question: do any of them know how to read?