Ethan Hawke's hot streak continues, this time as a director. A- 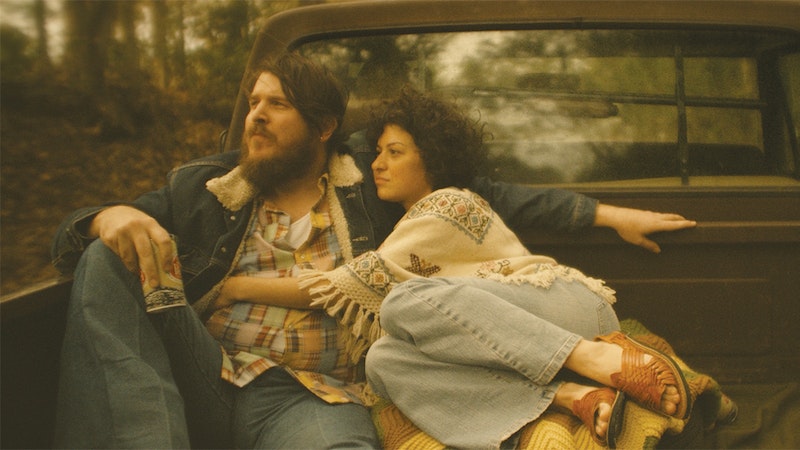 Blaze is a musical biopic that looks and feels different from most films of the genre, both in style and substance. It's about a musician with considerably less mainstream fame than most musicians who have movies made about them. Directed by actor Ethan Hawke, Blaze continues Hawke's recent hot streak, following winning but very different turns in Paul Schrader's First Reformed and Jesse Peretz's Juliet, Naked, while also serving as another standout film this fall directed by an actor.

The lead (Ben Dickey) is a musician with minimal acting experience who turns that to his advantage, avoiding the scenery-chewing often associated with the biopic genre, especially when the subject is someone who drinks.

Blaze, a 2018 Sundance debut, is the story of Blaze Foley, a relatively obscure Austin-based alt-country musician, one of those artists who had more albums released after he died than while he was alive. In fact, Foley only released one studio album before dying in 1989 at 39. He gained little fame and radio play in life, but was something of a musician's musician, inspiring friends and collaborators. He also inspired the 2011 documentary Blaze Foley: Duct Tape Messiah.

In a framing device that's more effective than usual, Blaze tells its story through a radio show after Foley's death, in which Blaze's friends Townes Van Zandt (played by 1980s rock musician Charlie Sexton) and "Zee" (Josh Hamilton) tell stories of their friend to the host, played by Hawke. It was enough to make me wish for a separate biopic of Van Zandt.

The best part of the film is the relationship between Blaze and Sybil, the marriage of a large hard-drinking Arkansas man and his petite, Jewish, wannabe actress love (the actual Sybil appears in the film, though not as herself0. Alia Shawkat, Maeby from Arrested Development, has emerged as a fantastic indie actress, and this may be her best turn on screen on date.

Hawke's previous films as director were not especially well-received. There was the 2001 anthology Chelsea Walls, his 2006 adaptation of his own novel The Hottest State, and the 2014 music documentary Seymour: An Introduction. But this is a much more mature and sincere work, clearly moved by passion for the subject matter. You can tell Hawke has learned a lot from his most frequent collaborator Richard Linklater—who also shows up in a small role—without aping him or stealing from him.

And in this season in which another film directed by an actor, Bradley Cooper's A Star is Born, is a leading Oscar contender, here's another confident film with a longtime actor at the helm. Blaze even features a supporting performance by previous A Star is Born star and Cooper inspiration Kris Kristofferson, as Blaze's father.

Even if you'd never heard of Blaze Foley, there's a lot to enjoy in his namesake biopic. It announces Ethan Hawke, 30-some years into his acting career, as a directing talent.