The Smart Phone is Not a Dramatic Device

Mobile phones and text messaging are the curse of the modern TV series. 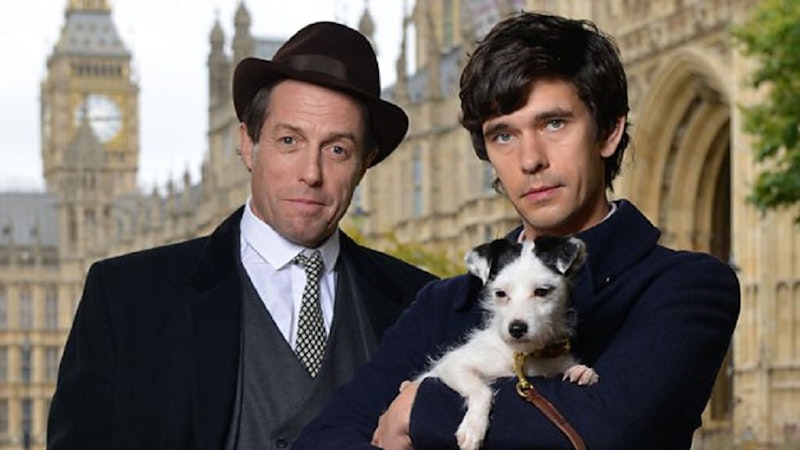 I hadn’t noticed what an intrusive nuisance the smartphone had become in television series until a couple of months ago. That’s when I saw the BBC’s superb comedy-drama about the Jeremy Thorpe scandal. It’s called A Very English Scandal, and the basic storyline is well-remembered by anyone with a long memory of British politics.

Nimbly directed by Stephen Frears, this three-parter presents Hugh Grant in a career-topping role as the fiendish, semi-closeted Liberal Party leader who plotted to kill his old boyfriend, but got a Great Dane murdered instead. Grant is almost unrecognizable at first, acting beneath layers of swarthy foundation and a fake beard-shadow in order to approximate the cadaverous, hatchet-faced Thorpe. But the real star of the show is the set design. That most unstylish of decades, the 1970s, is summoned up in all its repellent glory and grime: no scrubbed streets or shiny, waxed antique Austin taxis in view.

The production looks more like an actual 1970s drama than a clever reconstruction. Somewhere in London, one imagines, Alec Guinness as George Smiley is hunting Gerald the Mole in the 1979 version of Tinker, Tailor, Soldier, Spy. We even get a cameo appearance by the waggish columnist Auberon Waugh—or at least someone who looks precisely as the late Bron did in 1979, when he stood against Thorpe as candidate of his very own Dog Lover’s Party.

The Thorpe scandal was a long-running black comedy in the newspapers, and the script here appropriately plays most of it as farce, with only minor fictionalization. It hops deftly from scene to scene, crisis to crisis (bawdy crises, political crises) without once resorting to that terrible crutch of modern scriptwriters, the smartphone.

Of course there were no smartphones in those days; even the luggable early-model Motorola mobiles were still 10 or 15 years off. But that’s the point. There was no way anyone could sneak one into the script. Instead of having the storyline turn on an incriminatory text message, the evidence comes in the form of fountain-pen-written love letters on Basildon Bond notepaper.

Smartphones and text messaging are the curse of the modern TV series. There’s an American series called Animal Kingdom, starring Ellen Barkin as a frozen-faced criminal matriarch in a seedy seaside town, and I swear just about every scene has someone getting a desperate message on an iPhone. It’s hard to read these texts often enough, they look fuzzy even in close-up. But no matter: they all say pretty much the same things over and over. Hide the money. Meet me under the pier. The plot points could all be developed just as easily by having people argue in a living room or a bar, but that’s not the scripters’ way. Actually the characters do spend a lot of time hanging out in living rooms and bars, but what they do there mainly is look at their text messages.

I’m going to guess that scriptwriters do this because they think text messages give a sense of urgency to the proceedings. That might be a good argument if you get one text message a week. (Baz is dead. [Sad emoji.]) But not if you’re checking your cellphone every minute of the day, like these characters do. Some might also argue that continual texting belongs in the show because that’s what people do nowadays. To which the reply is, people also spend a lot of time going to the bathroom, but we don’t need to hear a toilet flushing every few minutes lest we doubt that these are real people with indoor plumbing.

Not all texting is bad. Breaking Bad, I think, got it right, with 2007-era flip-phones displaying minimal one- or two-word messages, each clearly shouting emergency. Then again, its spin-off prequel, Better Call Saul (set in the early 2000s) covers much the same territory, yet manages to be entirely texting-free, so far as I’ve seen.

British series may be the worst offenders, smartphone-wise. In Marcella, a madness-and-murder police series starring Anna Friel as an unbalanced detective, we deal with purloined devices and lurid texting in every episode. The cops don’t chase criminals; they hunt smartphones. Perhaps the pervasiveness of mobile phones in British dramas is understandable. Mobile-phone culture was already intense there 25 years ago, when very few Americans even had a “cellphone” in their car. You’d see old geezers on the tube checking their Nokias when the train came above ground. (“I’m at Hammersmith. Can you hear me? I’ve got four bars!”). Texting, too, was already popular there 20 years ago. Surely by now they ought to be tired of it.

Maybe I’m the only person annoyed with overuse of texting and mobiles in TV series. But now I’m looking at the Emmy Awards from a few days ago, and I see that the big winners are a 1950s comedy (The Marvelous Mrs. Maisel), a long-running fantasy series (Game of Thrones), a dramatic series about the British Monarch in the 1950s, 60s, and 70s (The Crown) and a 1990s crime reenactment (The Assassination of Gianni Versace). I’m guessing you’re not going to see many smartphones and text messages in these.