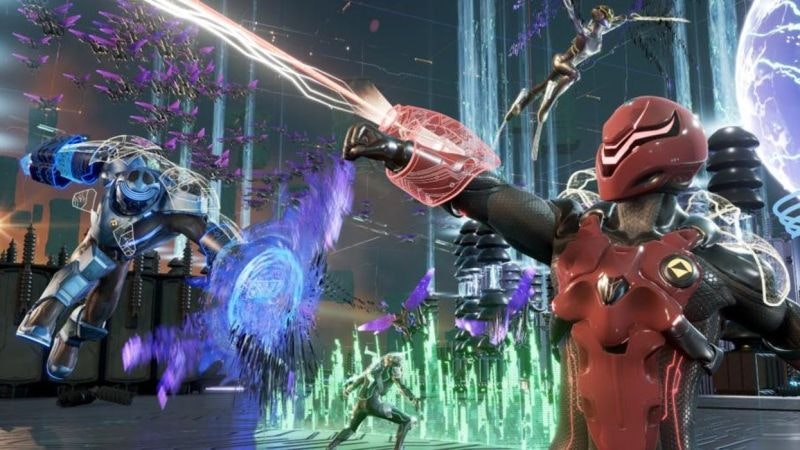 The classic CG animated TV show Reboot is a relic. Technology has shifted, but so have our conceptions of how we're connected to it. Yet, instead of a thoughtful continuation that accounts for this, Reboot: Guardian Code instead feels like a show mangled by trying to ape a more Power Rangers aesthetic. The end result is a CG and live-action hybrid that puts little effort into appealing to any demographic. The entirety of the series is something of a headscratcher; how did this evolve from the creative process? Where did this even come from?

Guardian Code is about several suspiciously photogenic high schoolers who are tasked with saving the Internet from original series villain Megabyte who’s under control by a hacker known as “the Sorcerer.” The plots are low-stakes. One episode is about the protagonists foiling a plan to make their smartphone's Siri-like personal assistant insult their users. Another is about stopping the spread of cat videos. There's nothing that conveys any sense of urgency or danger, with the exception of an episode that hijacks a military satellite that has the power to change the weather for reasons that are never explained.

My familiarity with the source material was spotty at best, but it's clear there was no real care devoted to either the franchise or the show as a whole. The writing, characterization, and acting are stuck in a time warp as if it were still the 1990s with a tech sheen laid over it. It comes across as the result of an executive telling the creator at the pitch meeting, “We need a show like Power Rangers, can you make it like this?”

The real achievement of the show is its technical prowess. Instead of using a traditional CG animation suite like Maya or 3d Studio Max, it instead uses the Unreal game engine to get scenes rendered in minutes as opposed to hours. The aesthetic is hit or miss, with the detailed guardians clashing against the low-rent backgrounds and enemies. But, if real time rendering progresses to the point where TV and movies can be rendered in a fraction of the time, this has tremendous implications for new animation properties.

There are only cursory references to the original series up until episode 10. When these next-generation guardians mix with the original cast, nothing works. There's instant camaraderie between the old and new, the villainous Hexadecimal appears without any explanation about her self-sacrifice in the original series. The final episode, despite its attempts to convince old fans that this is the same Reboot they know and love, ends up highlighting the contrasts of this and the original series.

The Sorcerer, played by Bill Frazer, is a delight to watch. Frazer chews the scenery every time he's on set, sometimes when he's shoving takeout Chinese into his mouth. Hannah Vandenbygaart also deserves credit for playing Vera, an AI who assumes a real-world form and portraying this in her performance. One of the show’s few joys is the tenacity of her robotic mannerisms and the resulting scenarios. Everyone else has a collection of shallow stock conflicts and motives, getting to the bare minimum of what could be construed as a character. The series is stuck on a Blue Screen of Death, ironically needing a reboot of its own.