Christian resurrection and the empowerment of women. 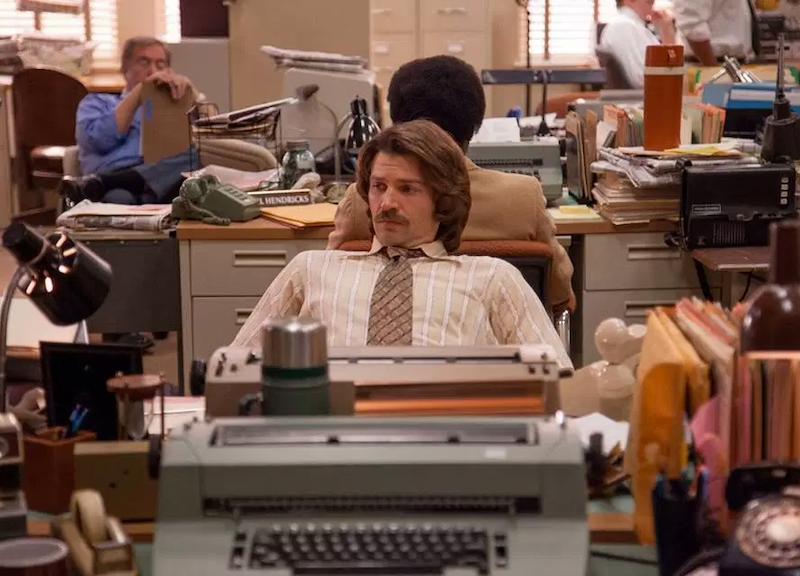 Virtue-signaling liberals are mounting their soapboxes to praise The Handmaid’s Tale, Hulu’s dramatization of the overrated 1985 novel by Margaret Atwood. The New York Times argues that The Handmaid’s Tale is “newly resonant in Trump’s America.”

Of course. Because Donald Trump, a man who’s hired and promoted thousands of women, treats his wife like a queen, and whose daughter is arguably the President of the United States is an exact analog to a dystopian patriarchy where women are stripped of their rights and used for breeding.

In reality, the most feminist picture of 2017 is The Case for Christ. The recently released faith-based film argues that women are essential to the resurrection of Jesus Christ, an event that’s central to Christianity and world history. The film also reveals how women have the power to wrap men around their fingers, wearing down the most tough-minded and making them abandon most of their critical faculties. Through nothing more that perseverance and quiet unwavering will, a woman can bring most guys to their knees—in The Case for Christ, literally.

The Case for Christ is based on the real-life conversion story of former Chicago Tribune journalist Lee Strobel. Strobel (Mike Vogel) was a successful and admired investigative reporter in 1980 when his wife Leslie (Erika Christensen) converted to Christianity, the result of watching a local nurse named Alfie (L. Scott Caldwell) save Leslie’s young daughter from chocking.

Strobel, an atheist, is not having it, going so far as suggest that divorce might be in the future if Leslie doesn’t come off the mountain. When she refuses, Strobel decides to investigate the roots of Christianity in order to debunk it. He focuses on the resurrection of Jesus Christ. Strobel travels around the country to interview various experts, such as a medical doctor (Dr. Alexander Metherell, played by Tom Nowicki) and a psychologist (Roberta Waters, played by Faye Dunaway) who’ve investigated certain aspects of Christ’s resurrection. At work Strobel consults his mentor, fellow atheist Ray Nelson (Brett Rice), as well as his co-worker Kenny London (Mike Pniewski), a Christian who quotes C.S. Lewis.

One of the main pieces of evidence in the account of the resurrection is that after Jesus rose, the first several people he appeared to were women. At the time, women were considered unreliable witnesses. It wouldn’t make sense for early Christians intent on making up a convincing myth to use their testimony. (There’s also the reality that so many early Christians were martyred defending a story that would’ve been easy to withdraw.) Popular Jesuit priest Fr. James Martin has argued that any understanding of Christianity has to begin with the account of women and the Resurrection. Martin has also claimed that a woman convinces Jesus of the true scope of his ministry.

To so ostentatiously connect God with women, and 2,000 years ago no less, can arguably be seen as the first great feminist empowerment narrative. Of course, there’s also the centrality of Mary to the Christian narrative—although the Mother of God, so visible and honored by Catholics, is absent from The Case for Christ, a film produced by the evangelical outfit Pure Flix.

The other feminist element in The Case for Christ is how Strobel is slowly worn down by his wife Leslie. I admit that this is speculation on my part, and it differs from the dramatization in the actual film. The Case for Christ depicts the pre-reborn Strobel as a hothead who boozes it up, scares his little girl, pugnaciously confronts Alfie—the nurse who saved his daughters life—and hollers at his wife, "You’re cheating on me with Jesus!" Leslie, docile, endlessly understanding, and gently moon-faced, just wants to quietly live this wonderful new life she’s discovered. He’s a maniac and she’s a saint. As The Hollywood Reporter’s Frank Sheck put it: “She… displays infinite love and patience with her husband, proving that—as was also shown in the faith-based film War Room—Jesus makes an ideal marriage counselor.”

The truth probably isn’t so clear-cut. Even when acting passively, women, especially a girlfriend or spouse, can slowly and methodically draw any man to their will. Like a slow gas leak, the victim gets weaker and weaker, all the while spinning himself to exhaustion on his hamster wheel of logic or facts. The Case for Christ advertises itself as an investigative work, but it steers away from some big questions—most notably, why would the creator of the universe create a system of reward and punishment, even eternal, unceasing punishment, for the creatures he himself created and loves? There are only brief mentions of Freud and Nietzsche in the The Case for Christ, and nothing of Hitchens and Dawkins. Best not to go there, not if you want Leslie back. “All right, God, you win!” a broken Strobel cries at the end of the film. Yes, she does.