Film Review: Norman’s One of Best Films of 2017

Richard Gere shines in the most Jewish movie of the year. A. 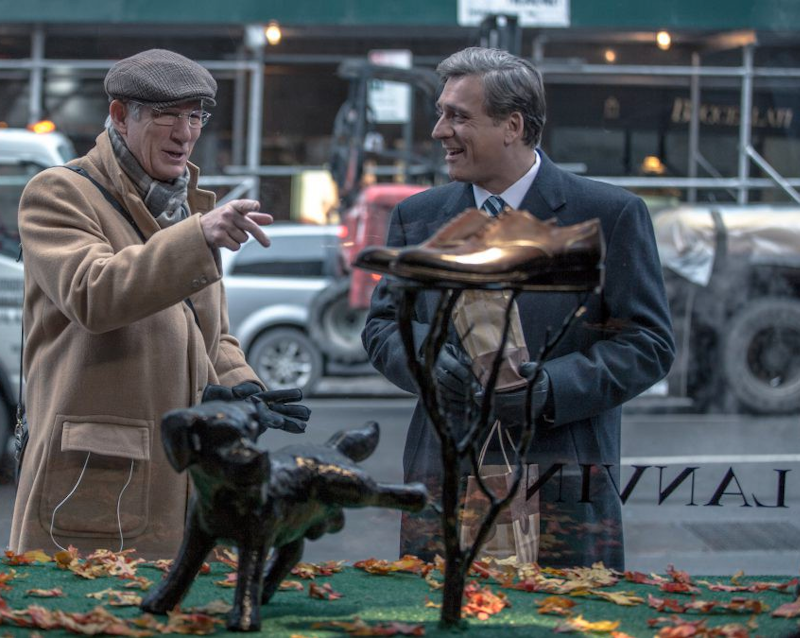 Norman (subtitled The Moderate Rise and Tragic Fall of a New York Fixer) is such a counterintuitive film that it’s shocking how well it works. It’s a New York Jewish movie to its core—in every sense, the most Jewish movie of the year, complete with heavy helpings of klezmer and cantorial music. Yet four of its biggest roles are played by gentile actors Richard Gere, Steve Buscemi, Michael Sheen, and Dan Stevens. Meanwhile, one of the other biggest stars, Lior Ashkenazi, is Jewish and Israeli but he’s not even Ashkenazi, he’s Sephardic.

Gere’s had an unlikely career resurgence the last couple of years in indie roles often with Israeli collaborators. Gere scored as a homeless man in Oren Moverman’s Time Out of Mind back in 2015, and now he’s working with another Israeli, Joseph Cedar, in a very different story about the streets of New York. “From American Gigolo to American Jew” was how The Forward put it.

Cedar gives the proceedings a brisk urgency, while also lensing New York in a way that’s both familiar and timeless. The director hasn’t done much of note in the past, but this is a winning effort. Gere, playing the title role of a New York operator Norman Oppenheimer of Oppenheimer Strategies, is introduced getting to know a low-level Israeli politician (Ashkenazi), buying him an expensive pair of shoes with the hope of furthering an intricate financial scheme. Years later that pol has been elected the Prime Minister of Israel and pulls Gere’s Norman into his inner circle.

There’s also some business involving a rabbi (Buscemi) and a phantom donor to the synagogue, and the way Norman becomes elevated in the Jewish community as a result of a relationship with the PM. Meanwhile, Norman gets to know an Israeli lawyer (Charlotte Gainsbourg) who’s also close to the PM.

Is it “offensive” or “problematic” to cast a film’s worth of Jewish roles with gentile actors? This Jewish critic says no, mostly because everyone nails those roles so well. I believed Gere in this role, even if he sounded like Woody Allen half the time. Buscemi’s role as a rabbi is so triumphant that I’m surprised he’s never played one before. And I was more distracted by Michael Sheen being probably too young to play Gere’s nephew than I was by the religion of the actor.

And no casting in this film is as egregious as that stretch last decade where multiple movies (like Munich and Defiance) tried to pass off Daniel Craig as a Hebrew.

As for the other “Jewish question”—no, the film doesn’t “traffic” in anti-Semitic stereotypes, although I can imagine someone will soon make the argument that it does. If anything, Norman has a lot of note to say about the role of shadowing, unelected fixers in politics—a subject with special resonance these days.

It’s also a movie about Israeli politics that barely touches on any of the usual controversial issues surrounding that subject. Eshel, the prime minister character, isn’t an obvious stand-in for Benjamin Netanyahu or any other real-life Israeli politico. There’s no reason this movie would appeal to a lefty on Israel any more or less than it would to a strident Lukidnik.

Norman, one of the better movies of 2017 so far, accomplishes quite a bit, but perhaps most impressively of all, it makes the prospect of Richard Gere playing a nebbishy Jew seem unremarkable after about five minutes.