Film Review: The Lost City of Z Is Forgettable 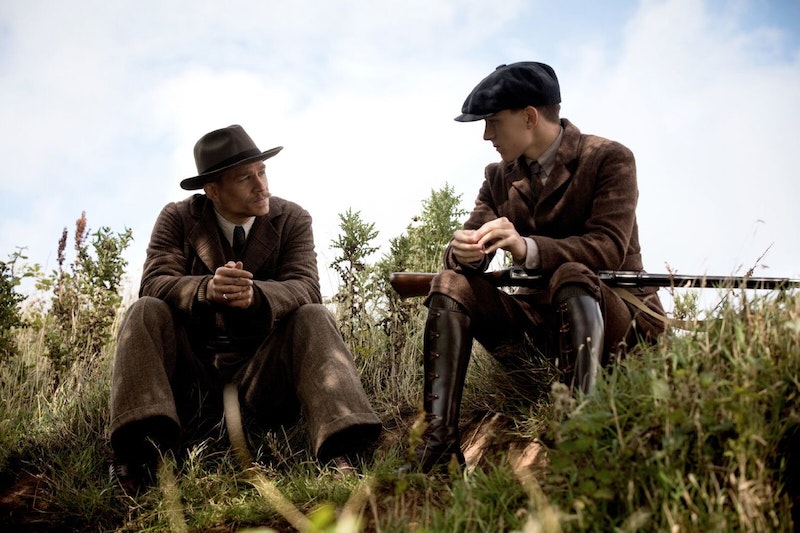 With the Lost City of Z, director James Gray takes a compelling true story, based on one of the better non-fiction books of recent years, and turns it into a so-so movie. There’s good stuff here, from both an aesthetic and thematic standpoint, but few sparks.

Gray, who wrote and directed the movie, is best known for Two Lovers and The Immigrant, small films that, while not setting the box office on fire, have drawn critical raves and art-house respect. This is a shift into the big time for him, and it’s skillfully put together and mostly entertaining. It’s just the pacing, and a few other flaws, that get in the way.

Covering about 25 years at the beginning of the 20th century, The Lost City of Z is the story of Percy Fawcett (Charlie Hunnam), a British explorer who made a series of voyages to the jungles of South America, and became convinced that “Amazonia” had once contained the titular gleaming city, which may have predated European civilization. In addition to the transatlantic adventures, Fawcett is positioned as a proto-multiculturalist, believing in the integrity of the natives that his backers in the Royal Geographic Society deride as savages. He's also frequently separated from his family, leading to tension, although he seems to have a new baby each time he returns to England.

Lost City of Z is based on a 2009 book by David Grann, a New Yorker staff writer and one of the best reporters working today. The book had a highly effective structure: it went back and forth between Fawcett’s story, and Grann’s first-person narrative, setting up a series of cascading mysteries—Fawcett’s fate, whether he was right about the existence of the lost city, and if Grann would figure out either. All of the mysteries, to one degree or another, were left ambiguous.

The movie gestated for many years; at one point Brad Pitt was going to play Fawcett and his production company produced the film. I’d long assumed that any adaptation of the book would follow a similar structure, with different actors playing Fawcett and Grann, and the two narratives unfolding simultaneously.

Instead, Gray’s film leaves out the Grann side completely, going straightforward in telling the Fawcett story only. This is defensible—that sort of thing isn’t easy to make cinematic, and the tonal shifts would’ve been hard to pull off. The bigger problem is some other cinematic choices, which are baffling.

The film is too long at two hours and 20 minutes, and drags in several places. It lingers on less-than-interesting aspects. Sienna Miller is getting typecast in long-suffering-wife roles, but she’s also been great in them before, most notably in American Sniper and Foxcatcher. But here, nothing makes her relationship with Fawcett compelling, especially not successive, repetitive scenes of bickering. Fawcett’s feud with a rival explorer, James Murray, is never as interesting as the movie thinks it is, either.

The film is very nearly saved, though, by the sheer strength of the story, the lush cinematography from Darius Khondji and Hunnam’s performance, probably his best big screen role to date. He’s believable as a leader of men, in action sequences, and in quieter moments. He’s helped by future Spider-man Tom Holland, the oldest of a succession of actors playing Fawcett’s oldest son. Robert Pattinson shows some chops as Fawcett’s original sidekicks; it’s one of those performances where an actor is so hidden under a prominent beard that the beard all but subsumes his character. Also on board, as an RGS bigwig, is Ian McDiarmid—Emperor Palpatine!—who gives a very familiar performance, and also appears to have been about the same age since 1980.

The Lost City of Z, once again, isn’t bad, but could’ve been so much better.