Season two has its problems, but is still must-watch TV. 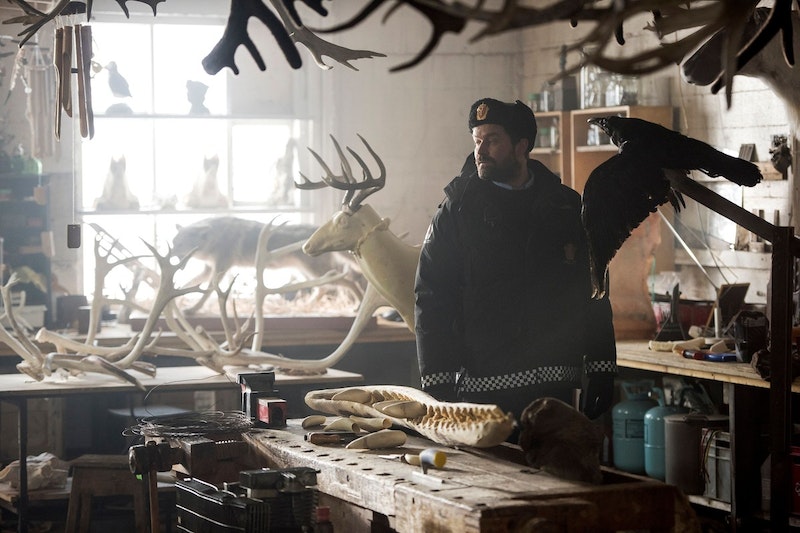 Since finishing season two of Fortitude—Sky Atlantic's entrancing series set in Svalbard, Norway—I've been trying to figure out the show's ingredients. It's one part Lost, a puzzle box which grows ever more enigmatic. It's got sprinklings of Twin Peaks, with its portrait of a small town. And it has a dose of The Thing, with its flashes of Arctic terror. All of this comes together to make one of the best series currently on television. While season two doesn't quite live up to the promise of the first, Fortitude remains riveting.

The newest season, available on Amazon Video, begins with the discovery of a decapitated body. While it's initially thought to be the result of an accident, it's quickly revealed as something more sinister. Governor Hildur Odegard (Sofie Gråbøl) is shocked to find she's lost her job, while Sheriff Dan Anderssen (Richard Dormer) stumbles back into town an alarmingly-changed man. Michael Lennox (Dennis Quaid) cares for his dying wife (Michelle Fairley), while getting drawn into the larger mystery. Finally, scientist Vincent Rattrey (Luke Treadaway) begins a romantic relationship with colleague Natalie Yelburton (Sienna Guillory).

The story takes a few episodes to pick up steam. In a somewhat anti-climactic turn, the discovery made at the very end of last season is quickly buried, literally. Some of the plot lines feel more forced than their previous counterparts. But when they grab you, they won't let go. This is a roller coaster of a show that’ll leave you clutching the safety bar, hoarse from screaming, begging for another go-around. Like in the previous season, no character is safe, no matter how beloved, and the series keeps you guessing as to whether your favorites will make it to the end.

Fortitude is very much a show with horror elements. For instance, there's a very difficult scene to watch in the new episodes in which a character mutilates himself in a shower. Though that might be more immediately visceral, as an animal lover, I found the constant presence of fur clothing and taxidermied creatures more bothersome. As for the characters themselves, haven't they heard of nylon or interior decorations that don't include stuffed corpses? Jesus.

While Fortitude hasn't been officially picked up for a third season, executive producer Simon Donald is already mulling plots, according to Radio Times. Sure, there were slight missteps in season two (inevitable considering the near perfection of the first season). The worry is not so much will the next season be good, but how will I carve out a 10-hour block of time to marathon it?