Sully Has a Great Landing Sequence

And not much else. 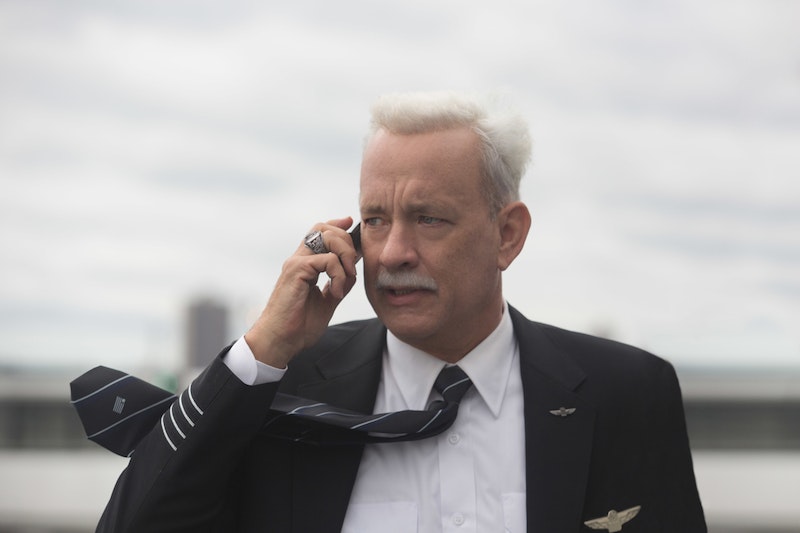 Sully, the new, Clint Eastwood-directed film about perhaps the most cinematic real-life event of the past decade, is really two movies, one significantly better than the other. Overall, it’s very good, but its strange, counterintuitive structure keeps it from attaining true greatness.

The film tells the story of Chesley "Sully" Sullenberger, the pilot who successfully landed US Airways Flight 1549 on the Hudson River in January of 2009, after an influx of birds knocked out both of the plane’s engines.

Sully, told in non-chronological order, draws on Sullenberger’s autobiography, Highest Duty (co-written with the late Jeffrey Zaslow), interspersing bits of his life story with two major strands: A real-time recreation of the flight, landing, and rescue, and the investigation by the NTSB into whether Sully acted properly in landing the plane in the river.

The flight re-creation part is the better part by a significant margin. The sequence, coming about halfway through the movie, is virtuoso filmmaking and suspenseful, even though most watching the movie will know how everything turned out. It’s moving, and establishes a dozen or so characters in a brief period of time well enough that we actually care about them.

The NTSB part is much less interesting, consisting of a couple of interviews and a hearing scene that takes up the film’s entire third act. That the pilot’s actions were questioned at all feels like a small detail of the story that Eastwood felt was interesting.

Robert Zemeckis’ 2013 film Flight, with Denzel Washington, was essentially a thought experiment that asked, “What if Captain Sully, after landing the plane, had turned out to be drunk and high at the time?” Sully is a much better film overall, although the earlier movie did a better job with its investigations-and-hearings subplot.

Tom Hanks is superb in the role, playing Sullenberger as a man still shaken up by the incident, dealing with what looks like post-traumatic stress, while also worrying that he’s in danger of losing both of his careers, as a pilot and an aviation security expert. Hanks was sort of off the radar for a few years, but has come back in a big way the last couple of years with Captain Phillips, Bridge of Spies and now Sully.

As for the rest of the cast, Aaron Eckhardt, wearing a luxurious mustache, has the main supporting role as Hanks’ first officer, while Mike O’Malley is the primary NTSB antagonist. There are a lot of nice small performances from actors playing rescuers and flight attendants, while Patch Darragh has a small but heartbreaking part as an air traffic controller who thinks he’s lost the plane.

There’s a very heavy New York-coming-together vibe to the film, which is very similar to the cinema of the post-9/11 period (though the Sully landing took place a few months after a different tragedy, the 2008 financial collapse.) Indeed, Sully is full of references to the 9/11 attacks, from planes flying low near Manhattan to New York cops and first responders coming together to save lives.

The film comes in at a lean 92 minutes, and that's including an unnecessary flashback to Sullenberger flying a plane as a young man. There’s also a brief, terrible scene, featuring Michael Rapaport as an idiot bartender, that shouldn’t have been included.

Sully also doesn’t do an especially good service to its women. Laura Linney’s performance as Sully’s wife is, literally, phoned in. Breaking Bad’s great Anna Gunn is mostly wasted as a member of the NTSB committee. And throughout the landing sequence we’re repeatedly shown a woman with a baby; once the plane lands the movie sort of loses track of her for about 15 minutes.

But even so, Sully is worth it just for that landing sequence—which is likely what’s going to get most people into the theater anyway.