How Did the Movie Theater Survive?

The unlikely survivor after a decade of media evisceration. 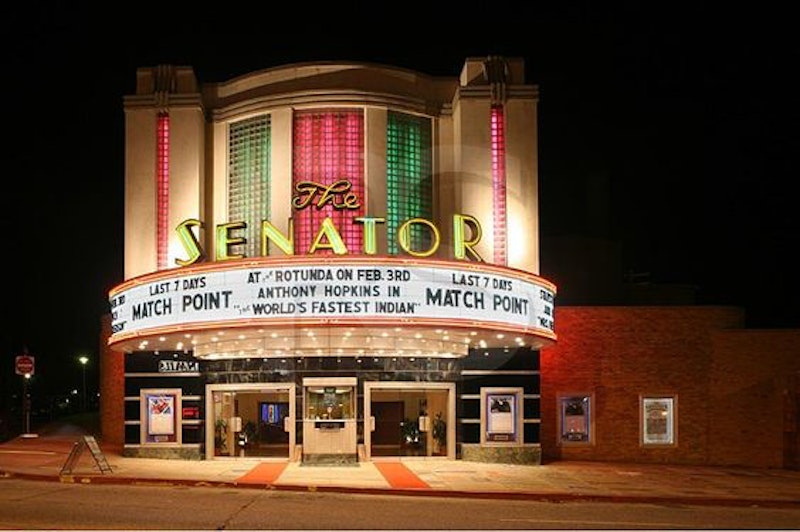 It’s a blessing that the movie theater has survived the Internet’s crippling of other media industries. Mostly it was dumb luck. Hollywood was just as slow-footed and complacent at the beginning of the millennium as the music industry and print media: the anti-piracy campaign was pathetic and finger-wagging, with ridiculous PSAs comparing street vendors selling bootleg CDs and DVDs to car thieves and bank robbers. Suing a handful of very unfortunate people swayed no one. They were saved by bandwidth: you could download an mp3 off Napster in minutes, and the written word? Forget about it—magazines should’ve had some kind of contingency plan by 1998. But files of full-length movies, no matter the quality, took the better part of a day or more to download through most of the aughts, and early on it was all shaky handi-cams some asshole taped in a theater, all muffled sound and blurry image.

Only in the last few years has it become convenient to download a high-quality movie on iTunes or stream through Netflix. The cat is out of the bag for music and print, roadkill spread out over miles of highway, vaporized. People will not pay for something they can just as easily get for free. They don’t think twice about going to a show and complaining about a seven-dollar cover with $20 worth of alcohol under their arm. And now, the CD is in hospice just begging for death while vinyl makes a surprise comeback and musicians have to explain to their friends and family that people buy cassettes now. If they ever listen to them is another story.

That’s why I wave off every gloomy report about the demise of the feature film at the hands of TV’s much-overhyped renaissance. People still go to the movies because they don’t have screening rooms in their houses, otherwise we’d be a nation of lab rat agoraphobes by now. Whoever green-lit that brick of a Ben-Hur remake should be erased, but even when they fuck up and make the same mistakes over and over again, people still go to the movies. Suicide Squad was a muddled, boring mess because the studio got involved, and it still made $500 million in a month. Just dumb luck. Video on Demand and the ritual of going to the movie theater can coexist as long as Hollywood banks its profit margins on expensive and reliable formulas and franchises. Fine: I don’t care if David Lynch, John Waters, or Charlie Kaufman can’t get the funding they deserve. I’d rather see the palaces like The Senator Theatre here in Baltimore survive. I’m so glad we still have the Senator, an out-of-time mirage surrounded by generic strip mall land for miles. It’s beautiful as ever. Anything is possible.