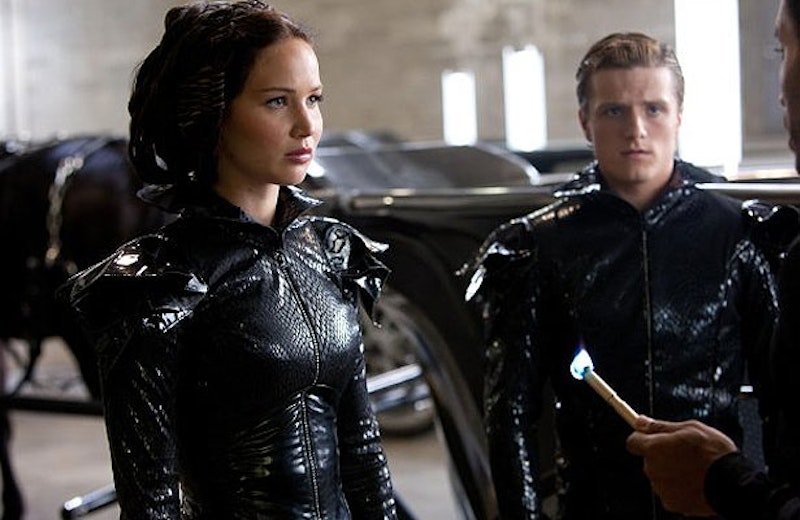 The Hunger Games doesn’t take its subject seriously at all. Kids killing kids: it’s disturbing to think about and gut-wrenching to watch, but when kids are gored in Gary Ross’ film adaptation of Suzanne Collins’ novel, it’s played like a lost game of tag. The central concept—a dystopian, divided, and famished North America (now Panem) must offer up 12 boys and 12 girls to fight to the death in a televised reality snuff film. It’s horrifying, and not inconceivable by any means. Yet Ross shies away from showing any violence or murder up close, obscuring the kills with shaky shots and bad, frantic editing. Panem’s power structure and its media broadcast the Games like we present football, or wrestling: endless infographs, pseudo-experts and analysts spouting nonsense, and the emphasis on entertainment over safety, enlightenment, and discussion. That’s to be expected within the story—problem is, the filmmakers present the Games just as sanitized and de-fanged as Panem’s propaganda does.

I haven’t read the books and don’t know how Collins sets her tone, but this movie is way too slick and bland for such a sick and barbarous concept. Not only are 23 innocent kids forced to die and anticipate their imminent death with brutal anxiety, the gruesome festivities are ostensibly penance for a failed rebellion against the government over 70 years ago. Donald Sutherland’s character gives about the most bullshit justification for this annual atrocity: “it gives us hope.” Is this Forrest Gump? We see kids get sliced and diced live on TV and we’re basically told to take it at face value. The Panem authorities, or the people running the Games, are never taken down by the filmmakers, nor their actions shown as deeply, deeply hideous. The games go on, our heroes win in the end (without having to kill more than four people combined), and we all go home. The point of making this movie should’ve been to show how evil humanity can be, and how we’re always only a few steps away from this kind of moral black hole, at the hands of sadists, fascists and psychopaths. Instead it’s as palatable as Transformers or Wrath of the Titans, and just as deep.

The Hunger Games is a young adult sensation on the level of Harry Potter and Twilight. This is a great opportunity to teach kids a lesson and instill some real, insoluble morals and ethics when fewer and fewer people and institutions are doing that. By sanitizing and obscuring the horrific murders these kids are compelled to commit for their own survival, the filmmakers rob The Hunger Games of all moral weight. They’ve made a nothing movie, one fans of the book will fawn over and everyone else will forget until the sequels come out. It feels like a waste to have a huge movie be stripped of its potent human message. For quality young adult dystopian fiction, check out Lois Lowry’s The Giver. I’m hoping someone doesn’t screw that one up, too.