Pervert Park asks us to see sex offenders as human. 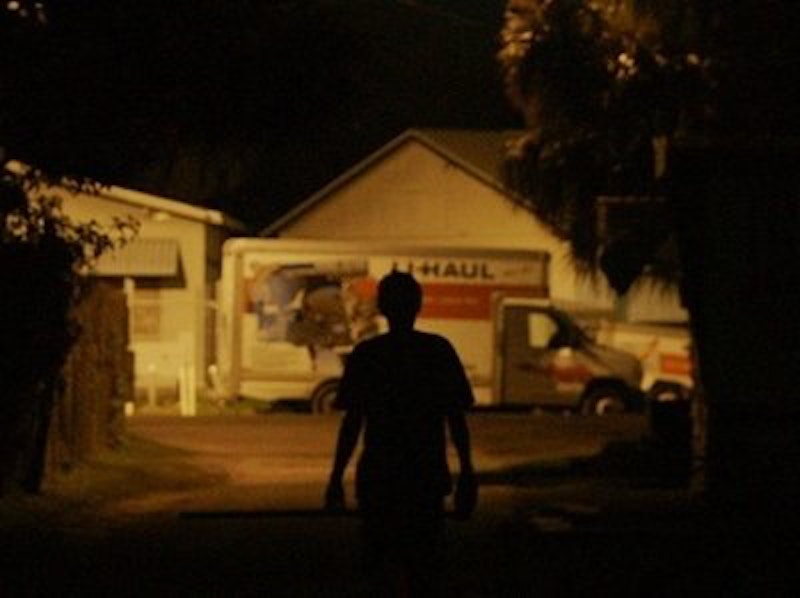 Our culture often doesn't take rape or sexual violence seriously. People spring to the defense of celebrities accused of sexual violence or abuse like Woody Allen, R. Kelly, or Dr. Luke, and perpetrators often suffer few consequences. When Brock Turner is sentenced to only six months for rape, it's easy to conclude that our culture is too ready to give abusers and rapists the benefit of the doubt.

So when, in the documentary Pervert Park, sex offender William Fuery tells his therapy group, "We're not human beings to them. We're a title, we're a monster. We're a bogeyman"—it's easy to dismiss the complaint. Many sex offenders aren't treated like bogeymen at all; they're celebrated, and A-list actors line up to appear in their films.

But watching Pervert Park, it's hard to deny that Fuery has a point. For the poor, non-famous, convicted sex offenders who live in the St. Petersburg trailer park run by Florida Justice Transitions, stigma is a pervasive part of everyday existence. The program offers community support and therapy, and a place to live. In St. Petersburg, as in many localities in the United States, sex offenders are not allowed to reside within 1000 feet of any place where children congregate, like schools and churches. This effectively makes most housing off limits—a problem compounded by the fact that offenders are often not allowed to move across county lines.

The park in the film is a safe haven—though even here the safety is limited. Fuery, who does maintenance for the trailers, says he has to check damage every morning; people regularly drive in to break things and harass the "baby rapers." In one bizarre incident, a resident discovers a bag of dead rats in a washing machine.

The filmmakers, Frida and Lasse Barkfors, initially saw the people in the park through a stereotypical lens too. "We read an article in the Danish newspaper about the park in 2010," Frida told me by Skype. They thought sex offenders deliberately segregated themselves to form their own community. "We thought that sounded like a weird place and went there to make a film, more as an anthropological study. And when we got there; I mean we hadn't questioned what a sex offender was, we completely bought into this mainstream media portrait. So when we got there, we sat down in therapy and listened to their stories and started talking to them, and very soon realized that there was much more to tell."

The sex offenders weren't self-segregating; they were in the park because society hated them, not the other way around.

One big part of the "more to tell" is the fact that many of the people in the park are themselves victims. It's not clear precisely how common it is for sex offenders to have a history of abuse—estimates range from 40-80 percent. Whatever the exact percentages, in many cases a cultural refusal to take sexual violence seriously, or to provide people with resources for dealing with violence, results in a cycle of ongoing abuse. Fuery, who was imprisoned for exposing himself to children, was physically abused by his parents and sexually abused by a babysitter. His wife and child were killed by a drunk driver, leading him, as he says, to try to destroy himself for 20 years. Another resident, Tracy Hutchinson, was raped by her father as a child: their sexual relationship continued into her adulthood. The agonized discussion of her raping her own eight-year-old son is easily the most painful moment of an extremely painful film.

Hutchinson's crime seems unforgivable; she certainly hasn't forgiven herself.  Others in the park also committed truly heinous acts. Patrick Naughton raped a five-year-old girl. He’s horrified at what he did, but also, self-confessedly, does not have full control over his anger or his pedophilia. The filmmakers pointed out that under most circumstances, he would’ve been in prison for life. It's only because he committed his crime in Mexico that he's out on probation; a reminder of how certain victims, in our system, are deemed less worthy of protection than others.

There are also people in the park who, it's clear, don't need to be there. James Turner flirted online with a police officer posing as a 30-year-old woman. The officer pushed and pushed and pushed Turner to say something sexual about a 14-year-old. He finally did, and was arrested. The prosecutor assigned to him wouldn't even argue the case. Nonetheless, the judge sentenced him to a year in jail—more than Brock Turner (no relation) received for actually raping a woman. Other residents were also caught up in police stings and entrapment. As a therapist says, it's as if the police don't have enough sex offenders to go after, and so feel that they need to invent more. Money for combating sex offenders is poured into entrapping people who are not a danger, instead of into prosecuting actual perpetrators, or helping victims.

James Turner is going to be on the sex registry for life, which will damage his employment opportunities, limit where he can live, and expose him to possible discrimination and violence. One of the residents demonstrates a downloadable sex offender registry app, which lets people see the names and pictures of sex offenders nearby. "It's one of the most downloaded apps in the state," co-director Frida Barkfors told me. The app is supposedly designed to protect children. "But the truth of the matter," Barkfors said, "is that you shouldn't be scared of neighbors and people hiding in the bushes… I understand the fear, because we want to protect our children. But it's not real; it's not based in what the reality is." There's no evidence that sex offender registries prevent recidivism or protect children. Again, officials are focused on gimmicky tools that do little to address actual sexual violence.

Apps, stings, housing restrictions, a bag of dead rats in a washing machine—none of that helps victims of sexual violence, or do anything to protect children. Treating those convicted of sexual offenses as bogeymen makes it easier to ignore sexual violence committed by family, by neighbors, or for that matter by famous filmmakers. Pervert Park makes it harder to turn people into bogeymen, and so, perhaps, harder to dismiss some victims' stories as well.