Bringing Down the Cartel

Bryan Cranston shines in The Infiltrator. 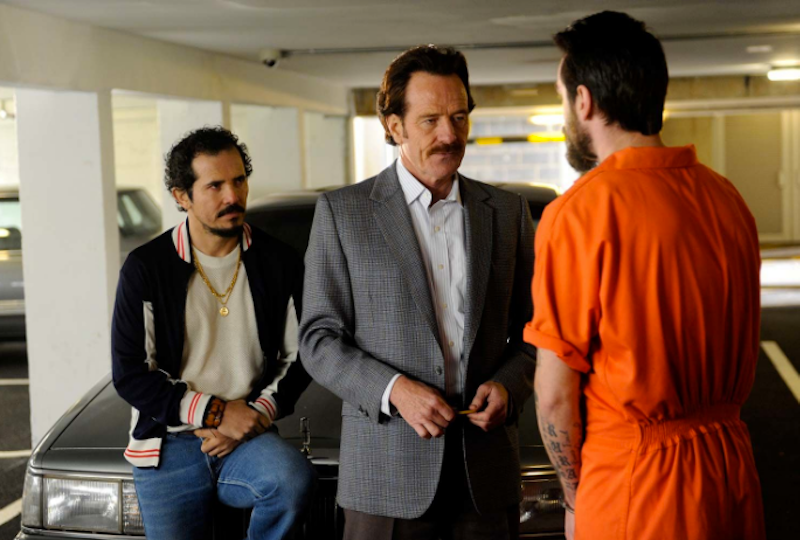 It may not be the greatest work of narrative art featuring Bryan Cranston going toe-to-toe with drug dealers, but The Infiltrator is nonetheless a consistently enjoyable thriller. It’s a well-directed, well-acted effort that’s based on a true story, even if it does bend the truth a bit from how things actually happened.

The Infiltrator, set in the mid-1980s, is a lot more Donnie Brasco than Breaking Bad. Cranston plays a veteran U.S. Customs agent who goes undercover in order to bust up Colombian drug cartels, a mission that puts him face to face with both the almost cartoonishly corrupt BCCI bank and the fringes of Pablo Escobar’s drug empire.

The film doesn’t go that deep—if you’re looking for an indictment of the drug war, seek out Traffic or Sicario instead. Directed by Brad Furman (best known for 2011’s The Lincoln Lawyer), The Infiltrator offers a cool style and strong performances, including Cranston’s first truly worthy lead role in a movie (he may have earned an Oscar nomination for Trumbo, but that movie is an historical abomination.) Meanwhile, The Infiltrator doesn’t have much in common with Breaking Bad, except that it’s Cranston going up against a drug cartel and sporting a hairpiece remarkably similar to the one he wore in the first season.

Cranston’s Robert Mazur is a straight-arrow customs agent who’s sent to bring down Escobar’s cartel, by going undercover as a money launderer, gaining the trust of the drug traffickers by helping them do business with the BCCI. Another agent (Diane Kruger) poses as his fiancée, and they befriend an Escobar underling (Benjamin Bratt) and his wife. Meanwhile, the operation, especially the fake-fiancée part, puts a strain on Cranston’s marriage (to Juliet Aubrey), in what is the film’s one weak link.

None of this is new territory. Donnie Brasco had pretty much the same structure, with the undercover agent alienated from his wife and worried about betraying a friend he made. Meanwhile, the events have been touched on by the various cinematic treatments of Escobar, as well as the 2009 Clive Owen thriller The International, which was loosely based on the BCCI scandal. But Furman, working with cinematographer Joshua Reis, gives it a great look and feel.

The film’s other major strength is its cast. Cranston delivers in the role, finding a different gear from Walter White even if he’s once again playing both sides of a guy living a double life. Kruger is generally underused—she was fantastic in another prestige cable drama, The Bridge—and she’s very good once again here. John Leguizamo has a delightfully sleazy part as Cranston’s partner, while Amy Ryan is delightfully no-nonsense as his boss. And Olympia Dukakis, now 85, has a wonderfully salty role as Cranston’s aunt.

The entire plot leads up to a fake wedding that the feds use to gather the cartel and BCCI men for mass arrest. It’s such an amazing story that I was surprised it’s not more well-known; it turns out in real life, the arrests actually happened at the bachelor party.