Yet another arthouse genre plague. 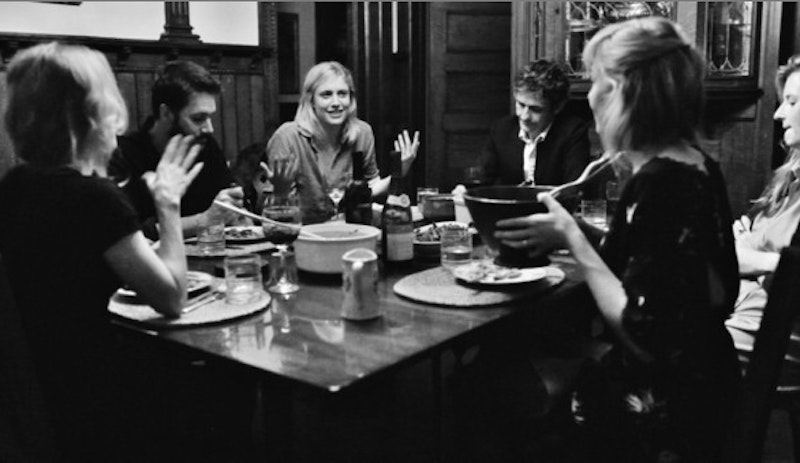 Remember “Old White Lady Problems?” It wasn’t that long ago I wrote about this emerging genre in arthouses and upper-level indie pictures—in the past year alone, we’ve seen The Lady in the Van; Hello, My Name is Doris; Learning to Drive; The Meddler; Woman in Gold; Clouds of Sils Maria; and Grandma. Not all of them sucked, some were pretty endearing—then again, I’m the target demographic, or at least within close range. After my friend Keenon gave a name to these movies, I realized there’s been an even more insufferable and pernicious genre squatting in small theaters for years: Rich New York Academics Complaining in Brownstones. These films usually star Greta Gerwig, prominently feature nice kitchens and Eames chairs, and the unbearable ennui of having tenure but lacking the confidence to finish or even start that novel you’ve been thinking about for years. Some are more twee than others (Mistress America and Frances Ha, both awful, made by Noah Baumbach during his initial crush high with Gerwig), some are self-absorbed but still cynical and misanthropic and funny (Greenberg), but the sub-genre that Mumblecore and Baumbach’s The Squid and the Whale has to stop: aren’t we tired of watching wealthy dysfunctional families in the Northeast squabble about squandered purpose and ill-advised affairs over cold brew coffee and brioche?

Far be it from me to harp on writer/director Rebecca Miller for having a famous father—she’s an accomplished artist in her own right, with two decades worth of films’ under her belt, but despite a killer cast (Ethan Hawke, Julianne Moore, Bill Hader, Maya Rudolph), Maggie’s Plan is hopelessly myopic and boring, asking us to care about and root for these unsympathetic people who are little more than walking clichés: Gerwig, the flighty homewrecker; Hawke, the hot but unfocused and emotionally irresponsible writer; Moore, the bitchy ex-wife with a hilariously over the top Danish accent; and Hader and Rudolph, the stable but low-level dissatisfied married couple who try their best to guide Gerwig’s character through the vicissitudes of long-term relationships, marriage, and having children. Not only have we seen this movie dozens of times before, but once again the stakes are so low that it’s hard to muster anything resembling feeling when you’re sitting there watching Maggie’s Plan—how could the daughter of the author of Death of a Salesman make something so insular and utterly lacking in pathos. I guess it’s a silly question.

I actually like Greta Gerwig. She’s frequently hilarious and does the best with what she’s given, but she’s shown a startling lack of range ever since she starred in Joe Swanberg’s Hannah Takes the Stairs nearly 10 years ago. Her appearances in Woody Allen’s To Rome with Love and Whit Stillman’s dire Damsels in Distress did nothing to distance her from the slightly haughty, overeducated, and hopelessly witty character she’s been typecast in her entire career. I think she can do better, and grow beyond the frivolities of love triangles and unfinished novels in New York City.