Midnight in the Garden of Gay and Transgender

The Lady Chablis and trans cinema. 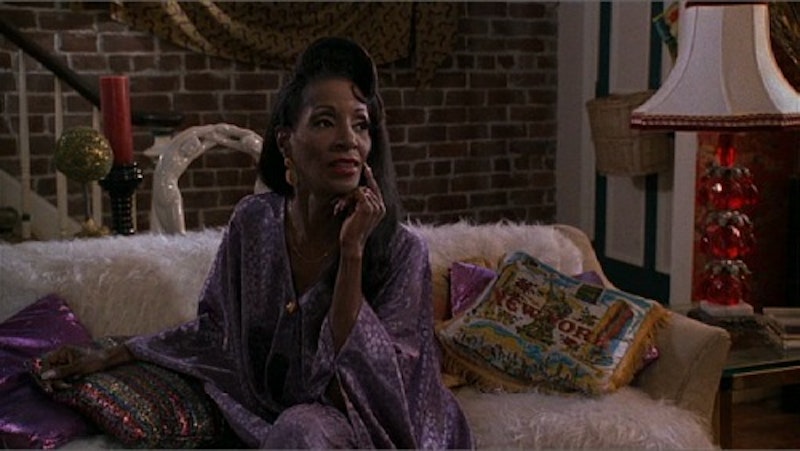 I feel like I should join the chorus of voices giving their Important Opinions this week about the Pulse shooting in Orlando. But I don’t have an opinion. All I’ve got is numbness and grief. So let’s talk about movies instead.

When American social progressives make waves about diverse casting in Hollywood, we’re often met with the argument that race/gender/sexual identity/etc. shouldn’t matter; casting directors should simply pick “the best actor for the job.” The fact that a transgender actor never seems to be “the best” is, apparently, a statistical anomaly. Trans people only get to portray their own stories (or ones like them) when other trans people are involved in casting—or, apparently, when Clint Eastwood is directing.

Midnight in the Garden of Good and Evil might not seem like an obvious choice for a date-night movie; after all, it’s a true crime flick that’s been out for nearly two decades, clocks in at just under two and a half hours, and has one of the least appealing hetero romances ever committed to film (I assume it was in John Cusack’s contract that he receive a love interest). But intellectual queers have weird tastes; that night, my date and I were excited to see The Lady Chablis’ idiosyncratic performance above all else. Chablis, a Black transgender woman, was an integral part of John Berendt’s original book, and Eastwood cast her as herself in his 1997 film adaptation.

This alone is notable. Hollywood is notorious for casting cisgender people in trans roles, as we see in Silence of the Lambs, The Crying Game, Boys Don’t Cry, and Ace Venture: Pet Detective (in which the fact that a trans woman is “really a man” is played for gross-out shock comedy). The American film industry also has a problem with whitewashing roles that should legitimately go to people of color, as anyone who saw Gods of Egypt can attest. Midnight, then, is an outlier among outliers, and one that deserves praise as such.

Chablis occupies that curious space of transness in which identifying labels are blurred. Berendt writes that Chablis is a “pre-operative transsexual,” a collection of words which are outmoded at best in today’s parlance, but with which Chablis herself—who laughingly talks about her “sissy-boy” childhood in her book Hiding My Candy—would likely have little problem. Chablis continues to perform in the same role she played in the film: as a nightclub drag queen, enjoying the notoriety she’s found in an industry some criticize as inherently transphobic. My roommate, himself a transmasculine person and drag king, often begs to differ—as, it would seem, does Chablis, who remarks to the movie’s jury that she has “a man’s toolbox, but…[is] all woman.”

Merely by dint of her identity, Chablis is the most noticeable oddball in a cast of weirdos which includes a man who glues string to horseflies and threatens to poison the town every day; as a trans POC, she can’t help but be “other” just by walking down the street. But it’s her massive stage/screen presence that makes Chablis into Savannah’s most recognizable nut (pun intended): in her review for The New York Times upon the film’s release, Janet Maslin said she “steals every scene not tied down.” Maslin hits the mark—Chablis slithers through each scene licking her lips as if hunting for nubile young prey, ever on the lookout for a new opportunity to flaunt her identity in front of the white cisgender establishment.

Roger Ebert concurred in his classically hokey way, saying Chablis had some “real zingers,” but also noting that her big scene—in which she crashes a Black fraternity gala—is “so lacking in focus and structure that it brings the movie to a halt.” He’s not wrong. The only reason for the scene to exist is so Chablis can change her mind about testifying on Jim Williams’ (Kevin Spacey) behalf, merely because she appreciates what little affirmation John Kelso (Cusack) has thrown her way. Other than that, the scene functions mainly to give Chablis another chance to wiggle her body for the camera—which she does with great talent—and winds up having nothing to do with the rest of the plot.

But that’s the whole point: trans characters and actors deserve criticism just like their cis counterparts, but in order to mete out that criticism, we need to start addressing the massive gap between the number of trans roles available and those which are filled by actors able to personally speak to those characters’ experiences. Given all indications from pop culture, very few (if any) cis people understand the fundamental emotions and motivations that drive trans people. If you want to criticize our fictional portrayals, let us tell our own stories for a while.

Ultimately, that’s what makes Chablis’ presence in Midnight so important. She exists in direct contrast to Spacey’s Williams, a nouveau-riche white cis gay man who bitterly remarks that his position in society’s upper echelons requires that he remain closeted; as soon as his sexuality is made public, Williams’ friends abandon him. On the other hand, Chablis is a voguing, vamping example of what “out” queerness can feel like if we grasp our full identities and live them with confidence. Williams dies of a heart attack upon being released back into the wild, while the real Chablis is still performing while pushing 60. This contrast would be entirely absent if Chablis were played by a cis woman.

We know that trans people are the best in the world at telling our stories—Chablis proved it back in 1997, and women like Jen Richards and Angelica Ross of Her Story continue the tradition. Yet Hollywood can’t get the message, as we saw in last year’s pathetic The Danish Girl. So, as these calls to action so typically end: vote with your dollars. Don’t watch movies that cis-wash trans people, and support those that cast properly. Remember, the only good trans tale is one that’s real.