Ghostbusters? It Wasn't That Great 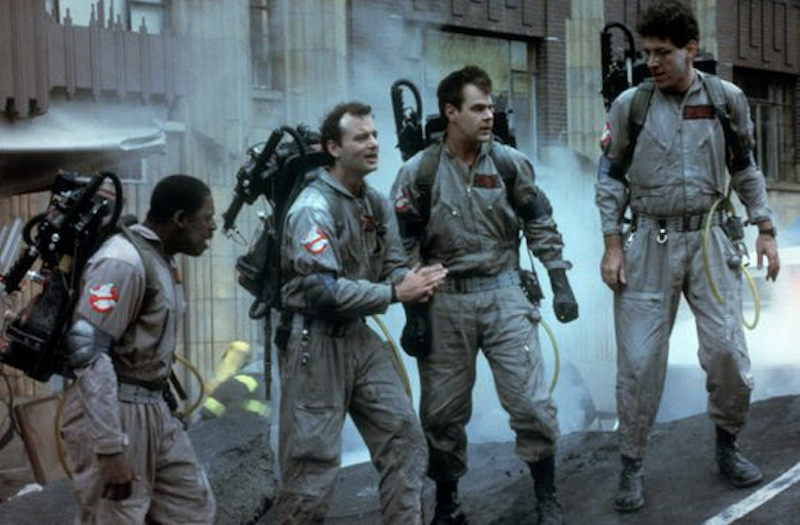 When is trolling not really trolling? When I’m stating an honest opinion and you’re being a thin-skinned fanboy jerk-off. Case in point: time to lay off the upcoming all-women Ghostbusters. Kristen Wiig and Melissa McCarthy are really funny, Kate McKinnon is funny too, and maybe Leslie Jones is better than one might think from seeing Saturday Night Live. Finally, and brace yourself, the original Ghostbusters wasn’t so good. I spent $4.50 on it in summer 1984 and watched the comedy equivalent of anti-matter. Decades passed. I tried again, this time on Netflix, and Ghostbusters was just as I remembered. I lasted 40 minutes or so.

Why anti-matter? Because the movie comes on like a rowdy, elbows-out comedy without being all that funny. The consequences are dangerous. Soon the viewer’s soul begins to seep through the gap, sucked into a dimension that resembles the inside of a cardboard box. Luckily the film ends after, oh God, two hours and five minutes. Crouched in that movie theater of long ago, I was able to pull my soul back where it belonged. The rest of America wasn’t so lucky. I’ll note that three months later Ronald Reagan carried 49 states.

All right, let’s deal in facts. Of the four Ghostbusters, three were Ernie Hudson, Harold Ramis and Dan Aykroyd. The script gave Hudson so little to do that fans call him “the black Ghostbuster,” just that and nothing more. Ramis was given the shtick of being stiff and dull. In a sense this worked, since he’d been a regular on both SCTV and The National Lampoon Radio Hour without doing anything on mike or on camera that stayed in the mind. As Egon he continued that streak.

Aykroyd’s part was limited to showing us that he, the actor, was no longer anything special. Many people find their lives getting better after they quit narcotics. Aykroyd is the great counter-example. The poor man had become a barrel of vanilla pudding contained in a jump-suit. The aloof, self-reliant sumbitch of yesteryear now bleated his lines instead of speaking them, and he wore a smile that he was too frightened to take off. Aykroyd, incredibly, was no longer funny. In fact, he was sad. He’s stayed that way ever since, a hulk that becomes more tentative as his gut expands.

That leaves Bill Murray, the king Ghostbuster. All right, he was funny. Not as funny as he’d been on Saturday Night Live, when his schticks (he had a few back then) were several years fresher. In the movie he had one gear: the wheedling, crowing, baby-talking Murray who used to do Oscar picks, but with some of the butch arrogance that Aykroyd had lost. It worked, at least for a while. But I don’t think it was enough for a movie. Rick Moranis had been sand-bagged too. The man who could do so much on SCTV now played to type as a dorky accountant, since anybody who’s short and has glasses must be a dork. Sigourney Weaver? Nice looking, but so what. The special effects? Oh, come on.