The Conjuring 2 would have been another hackneyed horror sequel without him. 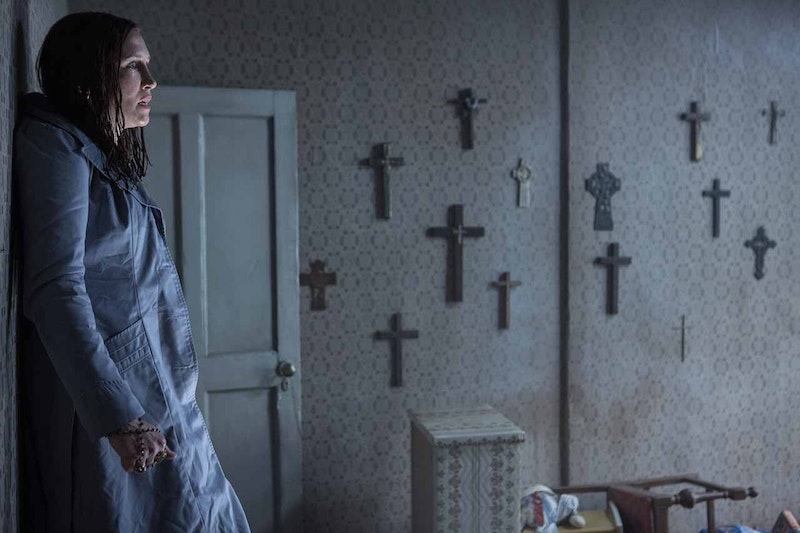 At first glance, The Conjuring 2 has a few marks against it. It’s a horror sequel, and those are rarely good. It’s based “on a true story” that’s generally understood to be a hoax, and it makes villains out of skeptics who in real life were on the right side.

But I loved it anyway for a simple reason: James Wan is so much better at this than every other director working in the horror genre. The man also made the first Conjuring, the Insidious movies and the most recent Fast and the Furious. He composes beautiful shots and puts the action together in a way that makes sense—and it’s also really scary.

The film follows a similar formula from its very good 2013 predecessor (let's ignore Annabelle, the spinoff movie about the first movie's evil doll.) Ed and Lorraine Warren (Patrick Wilson and Vera Farmiga) are renowned paranormal investigators. While the first movie dealt with the case that inspired the Amityville Horror franchise, this one takes the action to the Enfield section of London, and the supposed haunted house from 1977.

The house, belonging to single mom Peggy (Frances O’Connor) and her several children, is supposedly haunted by an elderly man, although something more directly satanic may at play as well—and that very force is also haunting the detectives, who don’t even arrive in London until the movie is an hour old.

Throughout, though, there are some really substantive and creative horror setpieces. Wan loves that trick of having a silent, shadowy figure pop up out of nowhere, and it’s chilling every time. There’s also a trick involving a chair that’s pretty inspired, too. And Wan also deserves credit for making a movie about a possessed young girl that doesn’t actively rip off The Exorcist.

The performances are also strong. Patrick Wilson and Vera Farmiga are both talented actors who have been underserved by Hollywood in recent years, but now the two of them, both 42, have found an unlikely, very successful franchise that can theoretically keep going for many more installments. It’s always good to see O’Connor—the robot’s mom in A.I. Artificial Intelligence, and young actress Madison Wolfe is especially good as the young girl who gets possessed.

As for the view of the supernatural and religion? This is a film that believes in its premise, even to the point of repeatedly raising and rejecting the idea that these supernatural phenomena are hoaxes. It treats the skeptics (in the person of Franka Potente) as craven jerks accusing the protagonists of lying when, of course, in real life the skeptics were right. In a film of lesser skill these things might have brought the whole thing down. But the filmmaking here is so superlative that I let it slide.

In an age when there are all sorts of hackish horror films that put little stock in the craft of filmmaking, let us be thankful that James Wan, who could write his ticket to make whatever tentpole studio movie he wants whenever he wants, continues to work in the genre.