Recalling Films of a 1970s Childhood 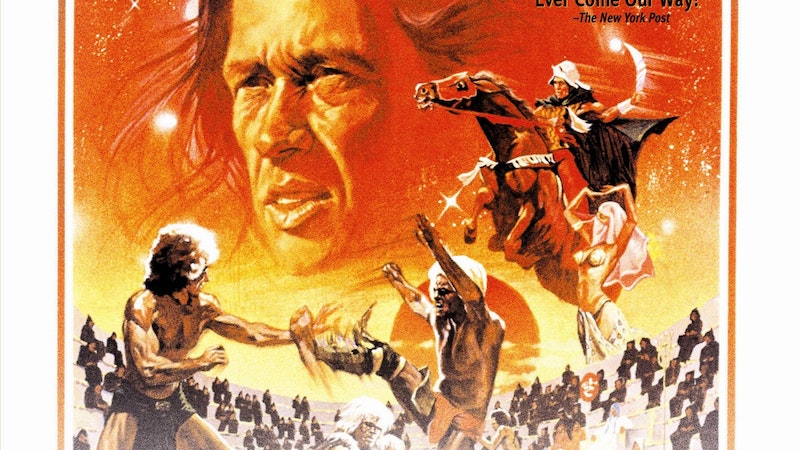 Some movies of my childhood made a lasting impression. I saw The Sunshine Boys (1975) when my age was barely in double digits, and not since, but I remember a scene where George Burns berates Walter Matthau for eating too much sodium. “I’ll spit out the sodium,” Matthau snarls. They’re retired vaudevillians, comedy partners who split on bad terms but now are asked to reunite for a TV show. Matthau was only in his mid-50s when the movie came out, but adept at playing an aging curmudgeon. Burns was in his late-70s, and the hit gave new life to his career.

I thought about this when I read of Joe Biden’s travails involving classified documents. I’d already written about Donald Trump’s possible incarceration, but now I had an idea: “The Supermax Boys.” I texted my brother—a writer with a comedic bent—that this would be “like The Sunshine Boys, but with Biden and Trump in adjacent cells for stealing classified documents. Hilarious dialogue as they scream at each other through toilets.” My brother responded to the text with a like, which meant he didn’t think the concept merited discussion.

Possibly the first movie I ever saw was The Fearless Vampire Killers (1967), which had a screening at The Raleigh, a Catskills resort my family visited. This could’ve been a few years after its initial release, though I was young enough that, as I recall, that same visit I began crying in a daycare program because I thought a plan for the group to swim meant we were going to jump into the pool from a balcony. The Roman Polanski film is regarded as an eccentric mix of comedy and horror, but what I particularly remember is its portrayal of people in Transylvania wearing garlic wreaths around their necks to ward off vampires. One of the stars was Polanski’s soon-to-be wife Sharon Tate, who in 1969 was murdered by the Manson Family.

In the early-1970s, many parents, including mine, were less attentive to the suitability of movie content for their children. I saw The French Connection (1971) and was amused by Popeye Doyle’s talk of busting someone for “picking your feet in Poughkeepsie”; I enjoyed the famous car chase, which looked like it was under elevated tracks in Jackson Heights, Queens, near my home. Remarkably, at around age seven, I was taken to Deliverance (1972). Fortunately I didn’t understand the rape scene, but I recall Burt Reynolds, having killed an assailant, saying he doesn’t want a trial with a jury of the man’s relatives, which made good sense to me.

I’ll never forget the scene in The Godfather (1972) where Sonny is ambushed at a tollbooth. A team of assassins blasts the mafia scion with extended rounds of machine-gun fire from multiple directions, finally leaving his motionless, blood-covered body on the pavement. I watched this in a crowded theater, then broke the subsequent silence with a question: “Is he dead yet?” This generated audience laughter I hadn’t anticipated.

I didn’t see The Exorcist (1973) until many years after its first run, as my parents perhaps took heed of the publicity about its intensity. It’s for the best, as I already had a fear of demons, later exacerbated by The Omen (1976). Curiously, Jaws (1975) didn’t stir similar anxiety about sharks. I enjoyed Star Wars (1977), though prior to its release was wary of claims it would supersede the special effects of 2001: A Space Odyssey (1968), as I felt allegiance to Kubrick’s classic.

Five Fingers of Death (1972; released in the U.S. in 1973) marked the start of my lifelong interest in the martial arts. My mother brought my brother and me to see it at the Elmwood Theater on Queens Blvd. (Later I attended a tae kwon do school on an upper floor.) The movie has a scene where a man’s eyes are plucked out in a fight. I recall the eyes lying on the ground as the combatants continue; my brother says there’s a moment where someone steps on them, though I don’t remember this or the negative reaction he says it evoked from our mother.

On Tubi TV, I recently re-watched Circle of Iron (1978), a movie that fascinated me when I viewed it in my adolescence. It’s a mix of martial arts and fantasy that’s sunk into obscurity except for a cult following. It’s the story of Cord (Jeff Cooper), a fighter who must overcome various trials as he travels through deserts and woods seeking a showdown with Zetan (Christopher Lee), holder of a book of secret knowledge; David Carradine plays various roles. My wife and son walked in as I watched this film, took one look at the screen (then featuring Cord fighting a monkey-man) and decided they wanted nothing to do with it.

—Kenneth Silber is author of In DeWitt’s Footsteps: Seeing History on the Erie Canal and currently posts at Post. News.