M3GAN is a fun and funny hit that proves the pandemic didn’t kill theatrical exhibition. 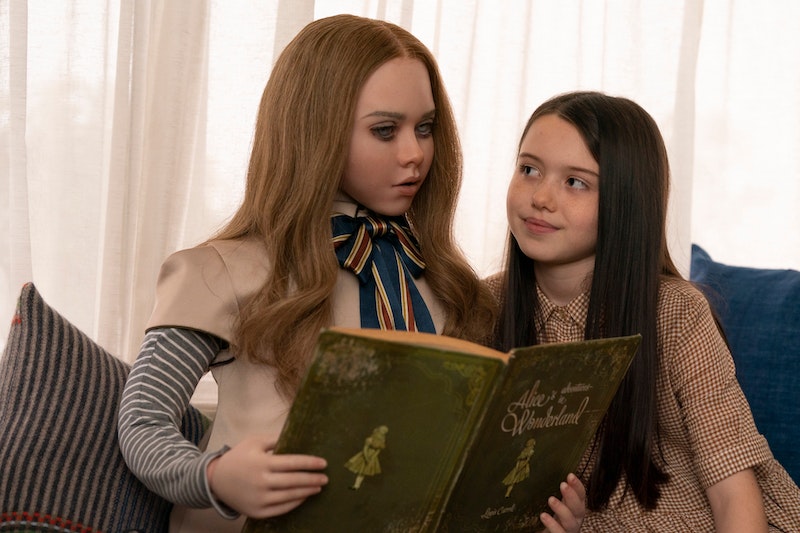 I’d never heard of M3GAN, the new Blumhouse production directed by Gerard Johnstone, until Thanksgiving at the earliest. Maybe there was a trailer before Glass Onion? I know that’s when I saw the 80 for Brady trailer, along with Gerard Butler’s Plane, two previews that feel like displaced parodies from some unknown comedy, meant to be played in the background or for a quick sight gag. The crowd at Glass Onion, like many, laughed at the title card for Plane when it came up, and when the trailer for Adam Driver’s 65 played before M3GAN on Wednesday night, you could feel the enthusiasm leave the room: yet another CGI blur that doesn’t even feel beneath “straight-to-video” pejoratives—it’s as if some of these movies are being AI-generated. I got the same feeling from M3GAN, but Blumhouse remains one of the most limber American film companies, regularly racking up hits and keeping movie theaters open. But like always, horror films and their makers get no respect.

Besides Get Out, Blumhouse has never had a crossover hit, a movie The New York Times could praise without qualification. Even in its first week of release, M3GAN looks like it could be their next; it’s already made $60 million against a $12 million budget, sequels and unrated versions are in development, and another hit for Malignant screenwriter Akela Cooper (along with producer James Wan, who gets a story credit). Like Get Out, M3GAN stars Allison Williams as Gemma, a cybernetics programmer who makes kids’ toys. The movie opens with Cady (Violet McGraw) in the backseat of a car on a snowy road—her parents are fighting and blaming each other for being unprepared. As they flip out, Cady flips out, and then a slow plow rams into the front of the car. Cady barely survives, but her parents are killed, and she’s sent to live with her aunt Gemma.

Cooper’s script has a number of strange and unsettling details, but not the kind that are ever resolved or even re-examined: why does Cady have to be reminded to flush the toilet by M3GAN? How could Gemma be so self-absorbed that she doesn’t even cry when her sister is violently killed in a car accident? How could a person this otherwise together fumble so badly while being observed by foster care? Cooper’s characters are unrepentantly blunt and often mean, not least M3GAN, who has surprisingly few kills. Now the TikTok advertising blitz makes sense, because it’s not particularly gory. When I saw the movie, it was packed, with a wide range of people there (including a young kid and his mom, who, like me, got there 30 minutes early). M3GAN, like Malignant, is more of a horror comedy than something like Barbarian, Men, or even Bodies Bodies Bodies. This is a movie where slow zooms of a doll looking out a window at night are there as gags, and they work.

Amie Donald must be singled out as M3GAN, who’s a feat of practical special effects and tasteful use of CGI. Her transformation into a robot doll is more impressive than Austin Butler as Elvis or Ana de Armas as Marilyn Monroe; Jenna Davis voices the doll, but Donald’s the actor, and as an audience member you can tell that’s a real person, which is what makes her threatening, unlike whatever that thing in Malignant was. There are only a few shots in the movie where you can see Donald’s limbs move like a human’s, and it’s those brief moments that emphasize what a remarkable job she did playing a robot. I’m thrilled the year began with a fun, funny, and proudly stupid movie, and even happier that I’m not alone.