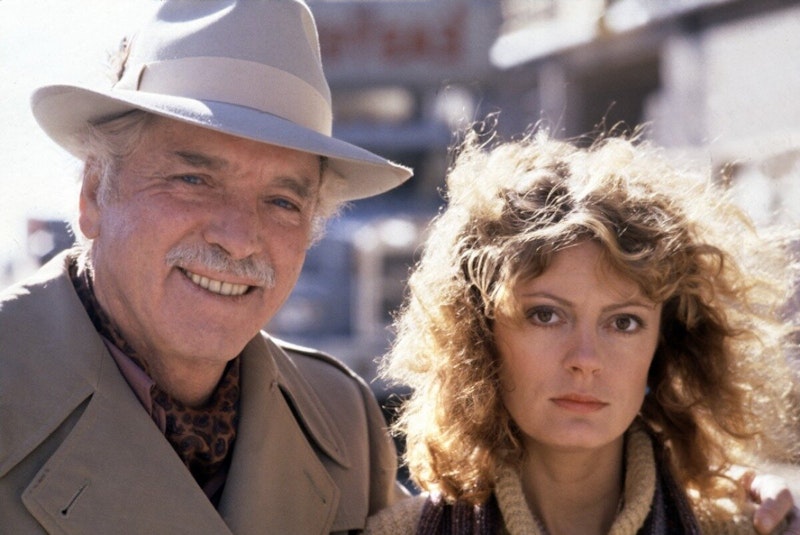 A “perfect film” is hard to define but easy to call. Some movies have a level of grace that makes them feel as though they were extracted directly from the ether: Annie Hall, The Texas Chain Saw Massacre, Shanghai Express, Vivre Sa Vie, In a Year with 13 Moons, Heathers, Amarcord, Zoolander. There’s no way to prepare for a perfect movie and no “logical way” there. Sometimes it’s just construction and writing (Heathers, Texas Chain Saw, Zoolander), personal crises coming to a head in a work made very quickly and flamingly from the heart (Vivre Sa Vie, 13 Moons), sometimes a sense that the film itself belongs to some higher and rarefied plane of reality (Amarcord, Annie Hall, Shanghai Express). All of these films are classics in one way or another, either canonized by the mainstream or ever alive as initiation rights for kids and teenagers. I’ve no idea why Louis Malle’s Atlantic City, from 1980, isn’t more well-known.

Atlantic City is a perfect movie. There isn’t a single other work of Malle’s that comes close, in France or Hollywood. Pretty Baby, from 1978, is a lousy-looking period piece, and 1982’s My Dinner with Andre is a very good but much less ambitious film than 1980’s Atlantic City. This is an instance of everything coming together beautifully: Burt Lancaster is fantastic and has a real character to play, unlike Henry Fonda in On Golden Pond from the same year (that swept the Oscars, and Atlantic City won nothing). In the dying days of old Atlantic City, before massive casino development, Malle filmed a story of people all dying in their own way, either rotting in bed, serving oysters at a casino, running petty scams, playing poker all day and night with the windows covered and the coke on its way.

Besides being a moving story about an older man falling in love with a younger woman—who he watches from his window wash herself with lemons, “to get the fish smell out,” every night—set against the demolition of the city and the bleak weather of the boardwalk, nothing in Atlantic City happens as expected. Malle’s film is a conventional narrative film, and it follows conventional movie rules, up to a point: Sarandon’s ex-husband (Robert Joy) is an annoying, arrogant, incompetent criminal who shows up at the beginning and makes himself known—this guy is going to be with us for the entire movie. No: he’s killed at the end of a chase sequence about 40 minutes in. Not only is that a bizarre time to kill your main antagonist, it comes at the end of a chase and fight that leads you to believe that he won’t die. To the same point, Lancaster is cornered by the same goons who murdered Joy, and simply blasts them away with a pistol he started carrying. No consequences, clean break.

Freed of conventional plot devices, Atlantic City can move forward with real unpredictability, lending a real freshness to an otherwise typical drama. By the looks of the 24/7 poker game guys, you just know they’re gonna get violent at some point, or get themselves killed. Never: by the end, they’re comic relief and a welcome sight for sore eyes. No one you care about dies, and everything works out for everyone—except Sarandon’s sister, who was carrying Sarandon’s ex-husband’s child. Although we see her doing new age exercises with Lancaster’s shut-in sugar mommy, her storyline is never resolved, and judging by the last shot of Lancaster and Kate Reid walking on the pier, it seems like the movie just forgot about the sister—until the camera pans up towards their building and the credits begin to roll. Just like so much being destroyed and swept away, the sister doesn’t even get a goodbye.

The movie looks gorgeous, with cinematography by Richard Ciupka that feels like a mix of Woody Allen’s two most consistent collaborators: Gordon Willis and Carlo Di Palma. Atlantic City isn’t lit starkly or in shadow like Willis, but shots of Sarandon washing herself in lemon are resplendent, recalling the opening scenes of The Godfather Part III, all orange-gold and inky blacks. Along with beautiful static compositions and shot sequences like this, many scenes play out in long takes that use unobtrusive dollies and zooms to reframe rather than “explore” in a more blatant way like a Robert Altman movie. Too often, Di Palma’s move-and-zoom style makes some of Allen’s movies feel sillier and more minor than they should be, but here Ciupka knows exactly when to make the most of the environment and simple good luck and timing (that final shot of Sarandon driving off and the sunset behind her!).

Atlantic City offers the most nuanced and complicated role for a legendary “older actor” that I’ve ever seen. Lancaster’s Lou plays most of the movie like Lancaster’s strong, stoic men of few words he played throughout his career—and it’s not until the very end that we realize how pathetic he actually is, talking about how he wants to go down to Florida to “show off” Sarandon and let the boys know how he “turned out.” Until then, he’s been a benevolent guardian angel, and here he’s undermined brutally. This is reality, and part of what makes Atlantic City a perfect movie: this is a drama you’ve seen a million times, one that sets itself up as a movie with movie rules, one which doesn’t abandon them entirely, but continues to tweak them the entire time. The film isn’t an anarchic assault on audience expectations or a slightly unconventional movie. John Guare’s script is simply one of the best-written screenplays of the 1980s, all the more powerful for taking the most familiar story in the world and making it enormously moving and shocking minute to minute. Atlantic City is a miracle of the medium.