Kyle Edward Ball's new film is a must-see if you can catch it in a theater. 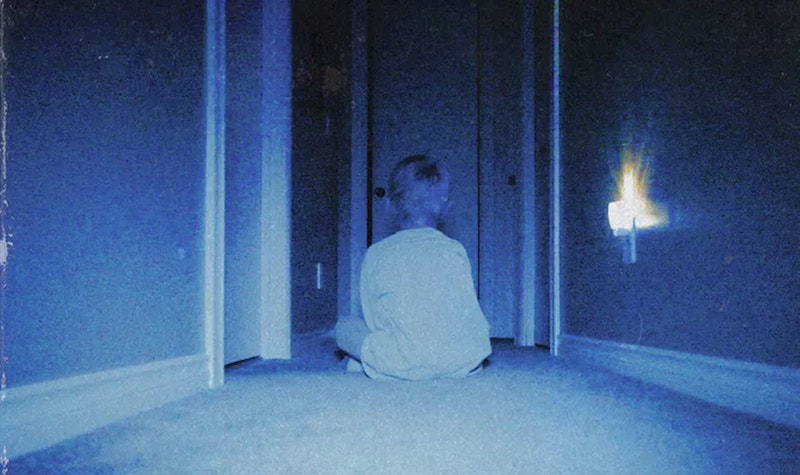 Any time it starts to feel like there’s nowhere left to go for horror films, projects pop up that defy the staling archetypes. Skinamarink distinguishes itself as something different, though it runs the risk of alienating certain audiences grown accustomed to conventional pacing or more plot-driven horror. Skinamarink is extremely rewarding.

The immersive approach sticks out. Extended static shots focused on details around the house establish the setting—but more notably, they continue throughout the 100-minute runtime. The setting’s the brunt of the movie. Director Kyle Edward Ball sets out to collapse the distinction between the space of the house and the film it’s printed on. The characters, a family of four, interact with each other sporadically. The mostly absent parents leave the viewer to watch over the children, and, as the film advances, we spend time with a disembodied voice that seems to come from the home itself.

“Haunted house” movies are ubiquitous, but rarely do they invite us to focus on fragments of the home to this degree. For how much time we spend meditating with its walls, ceilings, and corners, we don’t settle in. The viewer’s disallowed from understanding the space as a whole, never moving through it. Ball’s interested in juxtaposing intimate vs. infinite spaces—and to great effect. Extreme closeups of Lego structures and Looney Tunes are comfortable, but disrupt the viewer into worrying about what’s just out of view. When the camera’s pointed at a dark hallway, it’s like peering down a bottomless pit. Not only do we experience the space through unnerving fractions, but the cartoons end up looping themselves, and doors and windows disappear and reappear. Long stretches with no dialogue reinforce the architecture in becoming its own language, and we’re reduced to children struggling to learn it.

However well-executed the haunting of this house, what sets Skinamarink apart is the analog aesthetic in fortifying the home’s anatomy as the focal point. The native grain of the celluloid ripples across the otherwise black screen in a way that mimics the hallucinatory perspective of a child that’s afraid of the dark. Even a dark screen had me leaning forward to recognize a figure or face. The scratchy medium sends the bodily memory back decades. Ball captures, in excruciating minutiae, the universal experience of youth—through exploring the poetic immensity of a house with no adults in sight.

Skinamarink plays out like an extended night terror. The archaic quality of the medium is equal parts nostalgic and harsh. The miasma of granular visuals and crunchy sound design build out a world full of uncanny nostalgia. Jumpscares, a dirty word to many horror fans, are used sparingly and made refreshing by the decay and glitch endemic to the antiquated film. If distortion separates us from the known, then Skinamarink is one of the more convincing odes to fear of the unknown.

Even with a rinky-dink budget, Skinamarink has already achieved cult status. Blowing up in certain circles on the internet, and enraging others, it’s proven polarizing in the way that a lot of the best horror flicks are.