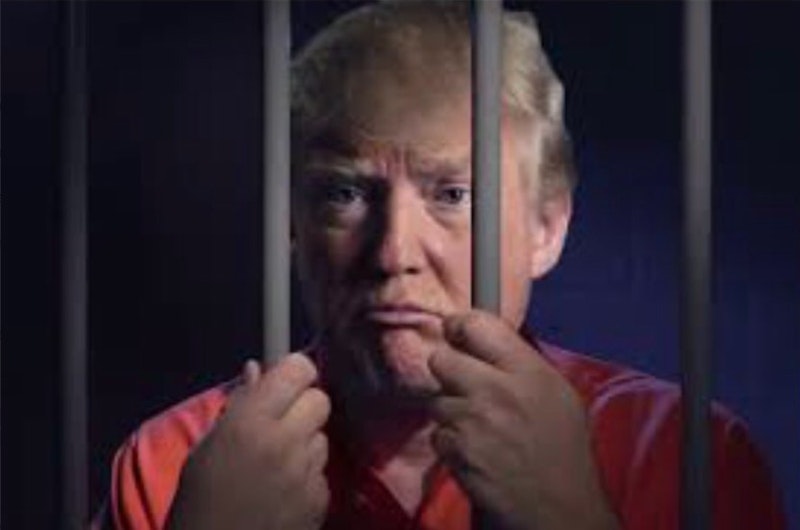 One hopes someone in the Justice Department’s Bureau of Prisons is working on contingency plans for the possibility Donald Trump may be prosecuted, convicted and sentenced to federal prison. There’s also the possibility that Trump may be convicted under state law, particularly in Georgia, but if so, he’d plausibly be transferred to the federal system, as sometimes occurs when a convict’s confinement to a state facility raises security issues.

As it happens, the Bureau of Prisons is in a terrible state, reeling from multiple scandals (such as the male warden of a women’s prison charged with sexual abuse), labor tensions, violence and escapes. Attorney General Merrick Garland recently named Colette Peters to head the bureau; previously head of Oregon’s prison system, Peters has a reputation as a reformer. The outgoing director, Bill Barr’s appointee Michael Carvajal, was just subpoenaed by a Senate subcommittee in a corruption probe.

If Trump receives a prison sentence, or even one of home confinement, the bureau will face difficult questions about managing his confinement and what communications are allowed. Prisoners who hold sensitive national-security information, or who are connected to sympathizers and organizations that pose risks of crime and terrorism, may be held under Special Administrative Measures (SAMs) that severely limit their ability to communicate.

Such prisoners typically are held at ADX Florence, the federal “supermax” facility in Colorado known as the “Alcatraz of the Rockies.” Conditions there are extraordinarily harsh, with many prisoners kept in solitary confinement for 23 hours a day in a 12-by-7 foot cell, and allowed one hour of recreation in an area known as the “empty swimming pool,” which has a barred skylight and enough room only to take 10 steps in a straight line or 30 steps in a circle. Solitary confinement, especially long-term, is credibly regarded as a form of torture.

ADX Florence was created in 1994 in response to the murders of two prison guards in 1983 by members of the Aryan Brotherhood at the U.S. Penitentiary in Marion, Illinois. Several Aryan Brotherhood leaders have been kept at ADX Florence in an effort to limit the group’s influence in the prison system and beyond. However, the Aryan Brotherhood, though representing a small percentage of federal prisoners, has been responsible for a disproportionate share of inmate murders in the federal system.

The Bureau of Prisons would likely aim to avoid sending Trump to ADX Florence, as this would be politically inflammatory and also focus attention on the supermax facility, which in recent years the bureau has sought to keep out of the public eye. However, if Trump were put in a lower-security facility, that would raise problems of how to ensure the ex-president’s security from other inmates, and also how to prevent him from releasing sensitive information or seeking to stir up public unrest or solicit crimes aimed at pressuring the government for his release, re-trial or changes in his terms of confinement.

Further issues might arise from the possibility that Trump might have sympathizers among guards and prisoners or within a Secret Service detail that possibly would be detailed to a prison to continue Trump’s lifelong protection. In addition, the presence of the Aryan Brotherhood and other white-supremacist groups, such as the Nazi Low Riders, in the federal prison system could give the ex-president opportunities to solicit protection or violent acts on his behalf. That Trump would seek such collaborators would be in keeping with his strategy of using proxies to pursue his goals through violence in the January 6 insurrection.

A recent Newsweek article suggested that Trump likely wouldn’t be kept in a minimum-security facility, as he’d be too exposed to the general population, and might instead be placed in protective custody at a medium-security prison. This would effectively be solitary confinement. “In protective custody, he would typically be in a cell 23 hours per day, let out three times a week for an hour of solitary exercise in a slightly larger cage, and allowed to take showers a few times a week,” University of Texas prison expert Michele Deitch told Newsweek.

Home confinement would be another possibility, with Trump kept at Mar-a-Lago or at the Trump National Golf Club in Bedminster, N.J. Such a possibility, if allowed by the sentencing judge, would enable the Bureau of Prisons to avoid some of the problems in confining the ex-president, but would also raise concerns about keeping him separated from crowds and avoiding public unrest, as well as controlling the flow of sensitive or harmful information.

In any case, if Trump is convicted and sentenced, the Bureau of Prisons, an already-troubled agency, will face a new set of challenges and strains on its capabilities.