Nothing New Except Old TV

You never know what you’ll find. 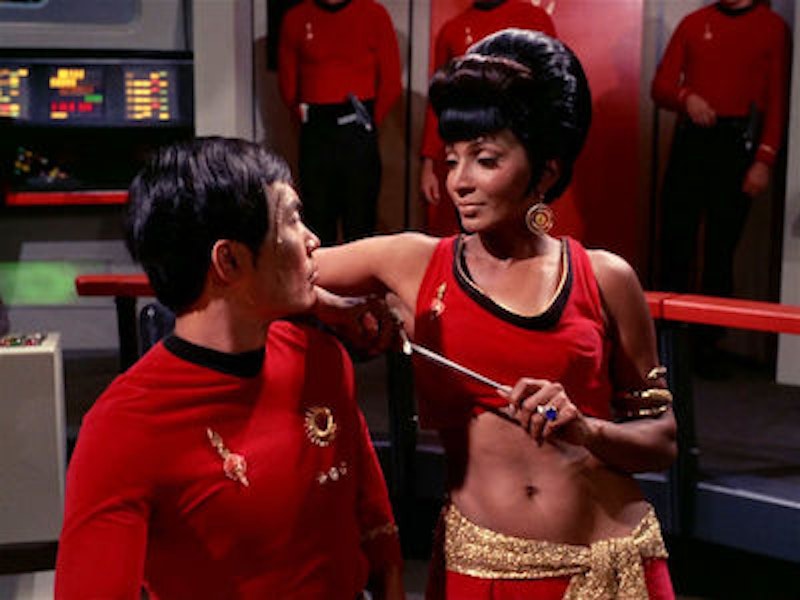 Here’s a bit of irony: when the United States mandated that all over-the-air TV broadcasts had to be in high-definition, the stations just over the border from my family’s cottage in southern Quebec took advantage of the high-def technology to broadcast digital sub-channels alongside their main signal. We suddenly had extra TV stations available to us, and one of those stations was dedicated to vintage television—it broadcast reruns of shows from the 1950s through the 70s, with an occasional gust up to the 80s. Legislation and technology meant to move TV viewing forward actually made it easier to view shows from the past.

More irony: having these shows readily available, airing on a regular schedule, and seeing them in context alongside each other, has demonstrated that some were really good viewing.

You can see and hear things that you don’t get now. Actors who were born and grew up in the Long Depression of the late-19th century, and still had a disturbing boniness decades later. Or voices ravaged by years of harsh cigarette smoking; you don’t hear, these days, many women who sound like Barbara Hale (Perry Mason’s secretary Della Street). More importantly, though, you see how the shows work, how each episode is a kind of circular ritual that ends where it began. You see how some shows consistently use that structure to good effect. You see which shows hold up, and which don’t.

I used to like Happy Days; but was disappointed when seeing an episodefor the first time in at least 30 years to find it so dull. That wasn’t as bad as the episode of Dragnet in which the white leads lectured a room of black men on the egalitarianism of the Los Angeles Police Department, and proclaimed it entirely free of racism and a good place to look for a job. And then that wasn’t as bad as F Troop, and its stunningly racist portrayals of Indigenous Americans.

Still, for every disappointment, an exceeded expectation. Happy Days didn’t hold up, but I was surprised how much real laughter I got from an episode of another childhood favorite, Welcome Back, Kotter—the script wasn’t inspiring, but the performers were so loose they made it work by goofing around with the material and at least appearing to have fun. A show like The Rifleman, which I’d never heard of, turned out to have tight scripts and a surprisingly talented lead actor in former major league baseball player Chuck Connors. Prize for talented actors, though, had to go to another show, Naked City. Made in New York from 1958 to 1963, it incorporated a lot of then-unknown acting talents, many who went on to stardom. The few episodes I saw included roles for Piper Laurie, Gene Hackman, and Cicely Tyson.

I was surprised in different ways by the weirdness of other shows I’d heard about but never seen. Wagon Train, for example, had episodes that veered into fantasy, every now again presenting a tale about fortune tellers or a hidden outpost of the Aztecs. Or Lost In Space, which I’d only heard about as typical of the substandard science-fiction TV presented in the early-60s: it’s not good, but it has moments of wonder, and is overall watchable.

Mostly, anyway. It’s also true that the domestic world of Lost in Space is at least as unreal, now, as the extrasolar planet it imagines. The way men and women relate, on that show and on many others, is more alien and inhuman than any arm-flailing robot. Some of that weirdness, common across genres, may have to do with network constraints; some to do with sexism ingrained in the creators; some of it, maybe, has something to do with how people actually behaved in the 1950s and 1960s. Watching these shows one imagines that the American sitcom from the 50s through to at least the 1990s is a vast collective epic whose theme is the gradual liberation of the American woman (with its main character being Mary Tyler Moore).

Along which lines I was startled by The Honeymooners. The show’s notorious for Ralph Kramden’s threats to his wife, but watch the show and you see Alice Kramden knows she’s got nothing to worry about. Ralph talks big but never ever follows through. Jackie Gleason was a great comic actor, somebody you could watch just standing and silently fuming for a solid minute or more. But Audrey Meadows was his match. When Ralph blusters at Alice, watch Alice: watch her be unimpressed. The threat of the big man yelling isn’t so much undercut as snuffed out. She knows he’ll never lay a hand on her. If Meadows doesn’t convey that absolute certainty in her own safety the show would be unwatchable. But she does and it isn’t.

It’s in fact very good, unobtrusively treating class issues with a clarity almost unimaginable now. Ralph Kramden’s a type we’ve come to know too well, a white man convinced of his entitlement to wealth and success but lacking the talent, intelligence or drive to get it, possessed only of a big bellow: all mouth and no trousers. He dreams of the big time, of a better apartment and better life, and the joke is he’s never going to get any of it. The American blue-collar class is stuck where it is. That’s a tough truth, and I’m not sure I can think of a show before or since that makes it so consistently. TV’s unreal, more so then than now, but within the ritual structures of the sitcom reality creeps in around the edges. Because the shows are so unrealistic they become easier to watch; when they’re at their most unreal they’re unintentionally commenting the most on the reality that produced them.

Or perhaps they do so intentionally, from time to time. Once, The Twilight Zone was a show famous for twist endings. Watching it now, those endings are obvious. The audience has learned about genre, about how science fiction and horror stories work. We’re used to that kind of the unreal. But The Twilight Zone still succeeds much more often than not. Without focusing on the endings, the other good things in the show come through. The cinematography and directing are often excellent. And Rod Serling’s writing sings. His dialogue’s excellent, passionate and lyrical, and he has things to say about the individual’s place in society: about the losers and the marginalized, about the eye of the beholder and monsters on Maple Street and a nervous man in a $4 room.

You could never show real life on network TV. Of course fantasy and science fiction were more likely to succeed. So my favorite of all pre-1990 TV shows remains my favorite. Nothing holds up like the original Star Trek. It does so many things right, beginning with crafting a coherent science-fictional world with a genre savvy decades ahead of the rest of TV. It also imagines a way of interacting with technology that still feels credible more than 50 years later; compare the crew talking to the ship’s computer with the way we use Alexa or Siri. But more fundamental, there’s a consistent grasp of dramatic form: characters are always in conflict with each other, stakes are always rising, everything’s in motion.

If there’s one thing many of the old shows get right, it’s that. Things happen. Dramatic tension’s always at a height. There’s no wasted time. Trek does it better than most. Trek also shows, to the 21st century, the limitations of other shows of its time. I’d never before watched the series against a background of other series from the 50s and 60s. Therefore I hadn’t understood what power the mere existence of George Takei’s Sulu and Nichelle Nichols’ Uhura had. See them and you realize that virtually every other series was made up of wall-to-wall white people, unless consciously addressing race in a Very Special Episode. The old Trek may seem oddly Caucasian to a 21st-century viewer. In context, Sulu and Uhura are an elegant and upbeat visual statement about the future.

The new and unimaginable were coming, on screen and off. Better things. Still it’s worth looking back from time to time; you never know what you’ll find. There’s nothing new under the sun except the old TV shows you don’t know.