John Williams Would Be Proud

Re-watching A New Hope solidified my belief that only the original trilogy should be thought of as canon. 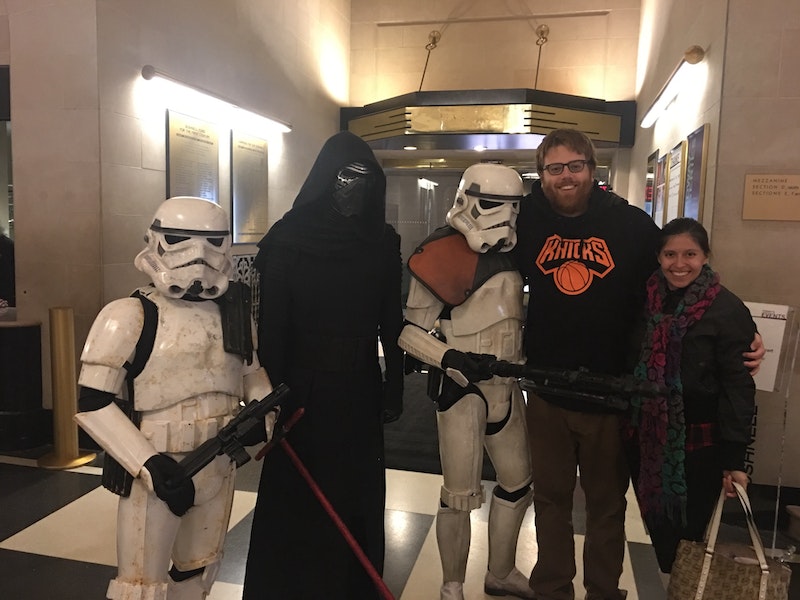 My wife and I recently went to see Star Wars: A New Hope in Concert. We received the tickets as an anniversary gift from my mother-in-law, who knows about her daughter's passion for live events and my love for George Lucas' iconic franchise. The Hartford Symphony Orchestra performed masterfully as the space opera unfolded on the big screen at The Bushnell.

Walking in the door, we were met by what I believe were members of the Connecticut Garrison of the 501st Legion, a fan organization dedicated to wearing screen-accurate costumes from the Star Wars universe. My wife and I took a picture with a Kylo Ren and two stormtroopers. Towering over the latter pair, I should’ve quoted Princess Leia: "Aren't you a little short for a stormtrooper?" But the quip didn't occur to me until I was in my seat.

I hadn't seen A New Hope in theaters since I waited in line on opening day with my dad to watch the Special Edition. The concert featured this 1997 version, prompting one attendee to yell, "Han shot first," after the smuggler's fateful interaction with Greedo. Encouraged by the conductor, Carolyn Kuan, the audience really got into it—cheering at the introduction of every character and going absolutely berserk when the Death Star was destroyed. You'd think we were at Game 7 of the NBA Finals.

My only criticism of the orchestra was that they were too faithful to the original performance of John Williams' score. At times, I had to look down at the musicians to remind myself that this was a live concert. I wanted them to make the music their own. But as my wife pointed out later, that could’ve backfired dramatically, given how Star Wars fans, myself included, are often resistant to change in the property, which was inspired by the work of Joseph Campbell.

To that point, re-watching A New Hope solidified my belief that only the original trilogy should be thought of as canon. Everything else, including Lucas' own prequels, should be regarded as fan fiction. Over the years, I've somehow convinced myself that Revenge of the Sith is a good movie. I love The Force Awakens. But they just don't come close to matching the magic of those first three films. And that's not just nostalgia talking.

When the movie ended, and the crowd gave a standing ovation to the Hartford Symphony Orchestra, I shouted, "Do Empire next!" While I wasn't aware of it at the time, Star Wars: The Empire Strikes Back In Concert is very much a project. In fact, my wife has subsequently received an email asking if she'd be interested in such a performance. We are. And I'm ready to do all the Jedi mind tricks necessary to bring it to The Bushnell, because this initial event was so much fun.