Netflix is Not Enough

Discovering classic and obscure cinema via the newly-launched Criterion Channel. 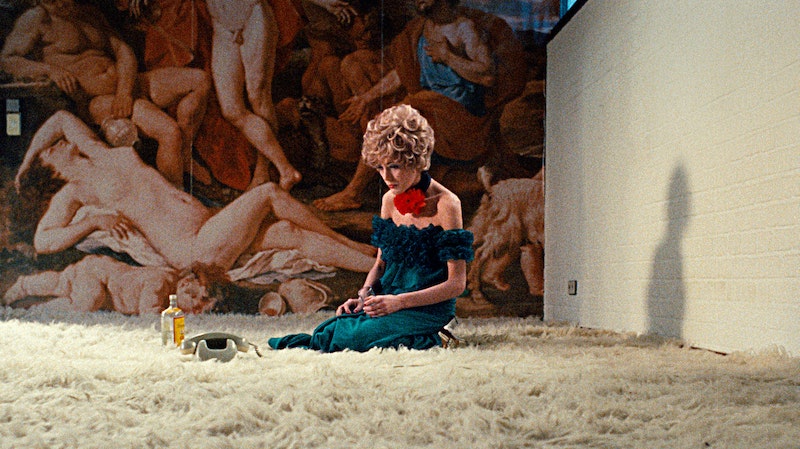 Until early last month, Netflix was enough for me. Streaming services have proliferated—Amazon, Hulu, HBO Now, soon Disney Plus and Apple, just to name a few—but Netflix offered enough movies and TV shows that it seemed I could spend any amount of time working my way through their catalogue without finding a bottom. Lately they’ve been adding fewer movies made by other people, but the sheer amount of material is still overwhelming; one estimate from last year had 5,500 movies and TV shows on Netflix Canada (and 5,700 on the American Netflix). Did I need another pay streaming site? Did the world as a whole?

Yes. Early in April, the Criterion Channel went live. Criterion’s been putting out high-quality home video releases of high-quality films since laser discs were the medium of choice for cinephiles. Their earlier experiments with film streaming, in association with Hulu and then Turner Classic Movies, ran afoul of corporate business plans. Now they’ve gone ahead and opened their own service.

Let’s start with the differences in selection. It’s important to note that Netflix has some excellent films. It’s got movies by the Coen brothers, Martin Scorsese and Orson Welles. It’s got films from around the world—mainstream stuff, most of it, but there’s nothing wrong with that. What Netflix doesn’t have is an extensive library of classics, especially older classics. There’s not much from the 20th century.

Criterion has classic films from across the decades and around the world. There’s a sense of a canon, in the best sense—not just a gathering of good works, but those that’re in conversation with each other and collectively form a tradition of greatness. This brings a four-dimensionality to the films on the Criterion Channel: you watch the movies and think about what came before them and what came after.

Netflix concentrates on an eternal present. Its current business plan revolves around water cooler movies, experiences that briefly dominate the online conversation before replaced by the next Netflix production. You watch a movie, and then Netflix’s algorithms weigh it, before presenting you with a carefully-chosen list of three titles owned by Netflix that the company’s currently promoting.

Criterion doesn’t use algorithms. Instead they package films into “collections,” groupings of several videos: a movie and extra features like documentaries or interviews, or perhaps several movies arranged by theme (“Columbia Noir”) or by director (“Directed by David Lynch”). Criterion suggests double features, and pairings of shorts and features, and brings in directors to select and introduce some of their favorite films (“Adventures in Moviegoing”).

There isn’t much of an equivalent on Netflix. At most you can “explore titles related to” a film and perhaps find a sequel or something vaguely similar. Rarely you’ll find a documentary about a film that happens to be on Netflix (I’m thinking specifically of They’ll Love Me When I’m Dead, the documentary about Welles’ The Other Side of the Wind). The difference is context. On Netflix a film exists on its own. On the Criterion Channel, commentaries, introductions, and interviews center a film within a wider reality.

The word “curated,” overused in recent years, is useful here. The Criterion Channel has instantly carved out a separate identity from Netflix, or the other streaming services I’ve seen, by presenting films in a way that’s conscious of their value and that strives to explore that value. Even the synopses of the films don’t restrict themselves to plot summaries, but try to point out some of what makes each film great.

Film’s a vast universe, bigger than any one streaming service can contain in a world of copyrights and exclusivity. Within that universe the services that thrive will be those that establish unique natures that can find an audience. Thus Netflix, thus Criterion. It’s not a question of one service being better than the other. Both have value.