The Hustle is disjointed, structured poorly, and not funny. D 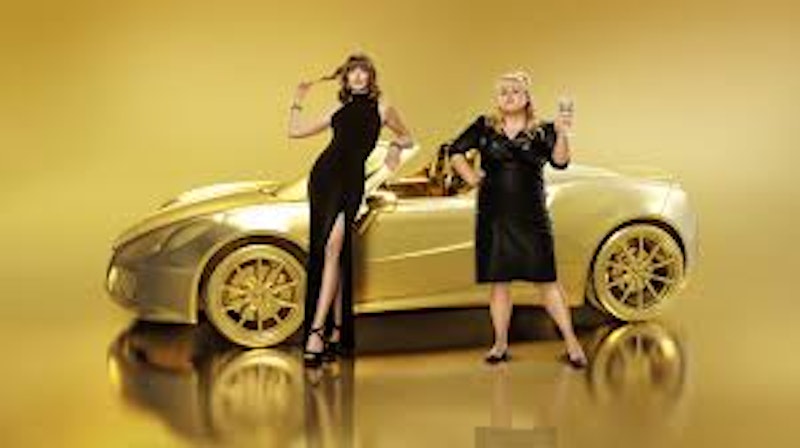 The Hustle is a female-fronted remake of the 1980s Steve Martin/Michael Caine con artist comedy Dirty Rotten Scoundrels. There’s been a lot of handwringing in recent years over such remakes, most of it undeserved. In this particular case, there's nothing galling or inappropriate about a gender-reversed re-working of Scoundrels, especially since it's not sacred source material, plus it was itself a remake of an earlier French film.

The problem with The Hustle is every other aspect of it.

The Hustle, directed by Chris Addison, is disjointed, structured poorly, and not funny. Most of its gags die on the vine, it fails to make the most of its cast, and it's difficult to care about anything that's going on on screen. Also, it's a movie about con artistry in which none of the cons are clever or compelling. There’s fun accent work from Anne Hathaway, one hilarious small supporting performance, and attractive scenery (the film, like Scoundrels, was shot in the south of France.)

Hathaway plays the Caine role, the sophisticated and debonair con artist who executes various scams from a French Riviera town. Rebel Wilson fills the Martin part as a less wealthy and experienced scammer, who's rougher around the edges and prone to pratfalls and other physical gags.

The first quarter of the film is all setup, followed by a portion in which the two are working together. Then, at the halfway point, a new mark is introduced, making them rivals again. At no point is there any forward momentum. It also doesn’t make sense why the Hathaway character repeatedly carries out scams in the same town—wouldn’t people get wise to her eventually?

The entire second half, in which the duo squares off in trying to scam a young tech billionaire, is dominated by a stupid conceit in which Wilson is pretending to be blind. It starts out terribly and never gets funnier, and a final twist negates just about everything that happened in the previous 40 minutes. The Hustle is also over-reliant on that gag in which a character comes up with a fake, obviously made-up name, and the mark falls for it.

Rebel Wilson is an acquired taste. In the right role, with good writing, she’s appealing, especially in the first two Pitch Perfect movies. Here, though? She's given nothing to say that's funny, so the script just has her fall down and crash into things, over and over. The Hustle is a 90-minute movie, and I was sick of her in 10 minutes.

As for Hathaway, I've also been a staunch defender of hers, especially during that period a few years when everyone decided they hated her for the crime of wanting to win an Oscar. And while she has underrated comedic chops, this one isn't going on any career highlight reels.

The one true standout performance here is by Dean Norris, best known for playing Hank on Breaking Bad, as a con artist mark, who plays the part as a cowboy-hatted Texas businessman with a perfect accent, absolutely killing it in about five minutes of screen time. But once he exits, the air goes out of the movie.

The Hustle isn’t the worst movie of the year, but it's the worst studio comedy.