Recorder: The Marion Stokes Project is a stunning new documentary about a fascinating woman. A+ 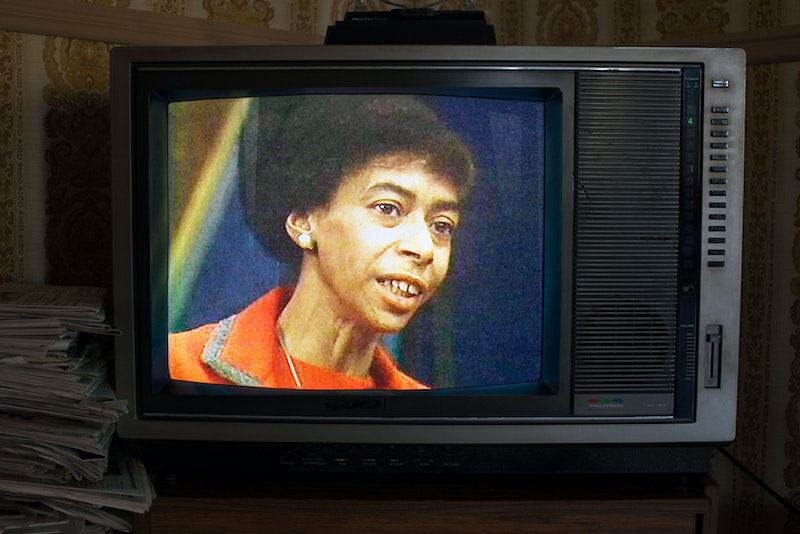 Marion Stokes taped multiple television stations, mostly news, every day, 24/7, for 37 years. Recorder: The Marion Stokes Project is a new documentary about her life and mission: to show how media narratives shift over time and manipulate modes of thought in a Western democracy. Stokes was an ardent socialist turned communist, spied on by the FBI and eventually fled to Cuba for a few years with her first husband and their son Michael, a frequent interview subject. Around 1975, when she settled into the chi-chi Barclay building in Philadelphia, Stokes started taping. But only in 1979 with the Iran hostage crisis did she realize what she could do. With eight TVs and tens of thousands of videotapes, she created a Borgesian map of American media that remains unmatched, and not on some eccentric recluse hoarder lark.

Stokes had a specific political intention with her project that she carried out to the day of her death, December 14, 2012—the day of the Sandy Hook massacre. As her family and paramedics prepared to take her body away, her son shut off the TVs and the tape recorders as that horrific story unfolded. Her son hesitated and said that he only knew she was dead when the cacophony of her apartment was gone.

Recorder stunned me, and I was bowled over not only by its fascinating subject but by its directness and grace as a film. I knew that Stokes was reclusive and taped television every day for decades so I was already on the movie’s side. But so many documentaries are pitched to the tune of a life insurance commercial—all strings and smiles and struggle and sun—or with such artlessness that they make otherwise interesting topics unbelievably boring. Recorder mostly alternates between talking head interviews of her relatives and close friends and selections from her archive, presented directly.

Here and there, understated flourishes and motifs appear: close-ups of ashtrays, roving views of Stokes’ overwhelming archive of tapes, newspapers, and Apple computers (she was a massive fan of Steve Jobs, even calling her semi-estranged son to chide him for not calling when “Steve” died). The worst documentary clichés are avoided or used sparingly, like the faceless body double, or the insufferable hold on a talking head that’s about to cry.

This woman’s life and work need no embellishment, and director Matt Wolf wisely steps back and lets Stokes’ archive speak for itself, along with clips from her own talk show Input, where she met her second husband and self-professed soulmate John Stokes. They remained inseparable until his death some years before hers, and she was inconsolable and more reclusive than ever. Both had children from previous marriages who saw less and less of their parents as Marion’s ardor and passion subsumed her husband, who devoted himself fully to her at the expense of his kids. Though they knew he was happy, he was absent, and only here do I find fault in the Stokes’ ethics and practice in life.

I expected to like the documentary, but was surprised by how much I identified with Stokes and how moved I was by the end. A black female communist/socialist in late-20th century America undertaking a massive sociopolitical media project all from the comfort of her home, never removed from her daily routine of chauffeurs and expensive meals? That’s someone who’s figured out how to live (Stokes was an enormously wealthy woman, though the source of her income is never fully explored). And thank goodness for the Internet Archive, who received Stokes’ collection in 2013 and is still processing her 70,000+ tapes. Anyone with even a passing interest in politics, media, memetics, and American history should see Recorder whenever it comes to town. Forget Ruth Bader Ginsburg—Marion Stokes is the feminist hero who should be honored with monuments.