Otherwise, Jackie is a dud. 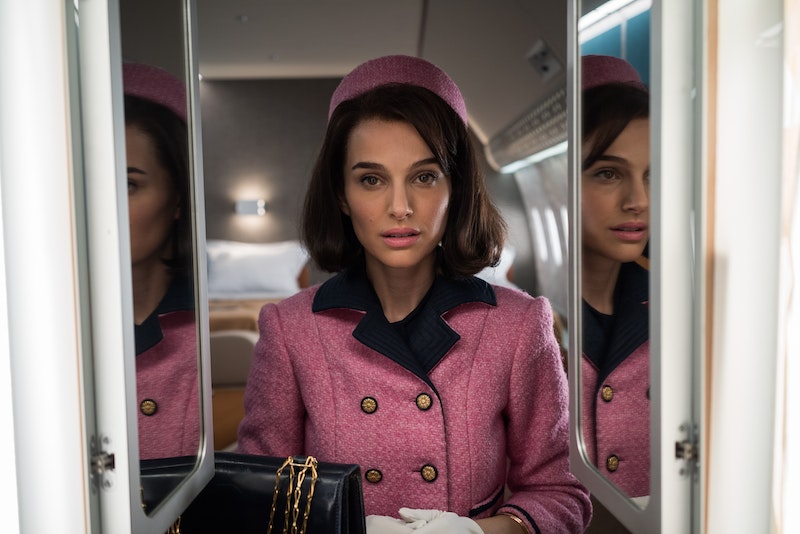 Jackie has a brilliant performance surrounded by an otherwise unremarkable movie. Natalie Portman is amazing as Jacqueline Kennedy Onassis, depicted at a handful of different points in time before and after JFK’s assassination—it’s probably the best performance of her career, and most likely the best cinematic representation of Jackie O. The movie itself, though, doesn’t provide a lot of insight beyond Jackie herself.

The film leans heavily on the notion that things in the Camelot era were often stage-managed and exaggerated, which at this point in history isn't a revelation. And we don't get much light shed on the rest of the characters that hasn't already been gleaned from the hundreds of books and dozens of movies already made about the era in the last 50-plus years.

Jackie is not an expansive, life-spanning biopic, but rather focuses on a handful of specific moments. The framing device is Jackie Kennedy, shortly after the president’s death, interviewed by a Life magazine journalist (Billy Crudup) who is supposed to be Theodore White, although he's unnamed. (Between that and the Michael Shannon scene in Loving, it’s a great year for the 1960s legacy of Life magazine.)

We see her in the closer, immediate aftermath of the assassination, with Robert Kennedy (Peter Sarsgaard) and Lyndon Johnson (John Carroll Lynch). And there are flashbacks to Jackie’s White House years, with Portman re-enacting famous footage of Kennedy showing off her decorating choices.

Jackie was directed by Pablo Larraín, the Chilean filmmaker who previously made 2012’s No—about the campaign that ultimately removed Pinochet from office in the director’s homeland—and this year’s Pablo Neruda biopic Neruda. He also made the 2008 film called Tony Manero, about a Chilean man obsessed with Saturday Night Fever.

The cinematography by Stéphane Fontaine, who also shot this month's Elle, is outstanding, and the pacing and structure are fine. But there’s something about Jackie that left me cold. Maybe it's the score by Mica Levi, which has drawn rave reviews, although I found it intrusive.

Portman delivers a stunning portrait of grief, as well the early days of what we now call spin-doctoring and political image-making. On top of the emotions, Portman also nails Jackie's accent. Portman doesn't act as much as she used to, but she tends to absolutely bring it when she does.

There isn't really any other performance of significant note here. Lynch's performance as Lyndon Johnson, while a physical match, won't make anyone forget Tom Wilkinson or Bryan Cranston's recent LBJ portrayals. Sarsgaard, as Robert Kennedy, doesn’t even attempt an accent. However, I did enjoy minor Sopranos actor Max Casella as belligerent LBJ aide Jack Valenti; I guess it’s safe for Hollywood to depict the longtime MPAA head as a jerk now that he’s been dead for almost 10 years.

Yes, Jackie is better than Parkland, the strange and pointless dramatization of JFK’s death that served as failed Oscar bait two years ago. A Woman Named Jackie, the TV miniseries from the early 1990s starring Roma Downey as Jackie—and Sarah Michelle Gellar as her younger self!—was somewhat underrated, but this is preferable to that as well. And while watching it, I thought of Paul Krassner's "The Parts That Were Left Out of the Kennedy Book" too.

But Jackie, despite the wonderful lead performance, never really illuminates or transcends history the way that, say, Milk or Selma did in recent years.

Then there are other, very different films about the way people process grief. The Eyes of My Mother, directed by 26-year-old New York native Nicolas Pesce, is a shocking horror film that offers a compelling black-and-white style and a couple of worthwhile points to make about desensitization to extreme violence. But it goes on making that point in a way that's disgusting and exploitative.

The film concerns a girl named Francisca, who lives in a remote farmhouse with a mother who teaches her skills like removing the eyes of cows. One day, the home gets a mysterious visitor, leading to a variety of disturbing things, from torture to kidnapping to eye removal of the non-cow variety. It's also another one of those movies that tries to give itself unearned gravitas by repeatedly referencing Catholicism. The nicest thing I can say about The Eyes of My Mother is that it's only 77 minutes long. Anything longer would have been even more punishing.