The Canon of Misunderstood Comedies

Conservative movie critics are too prudish to judge the brilliance of Vacation or Freddy Got Fingered. 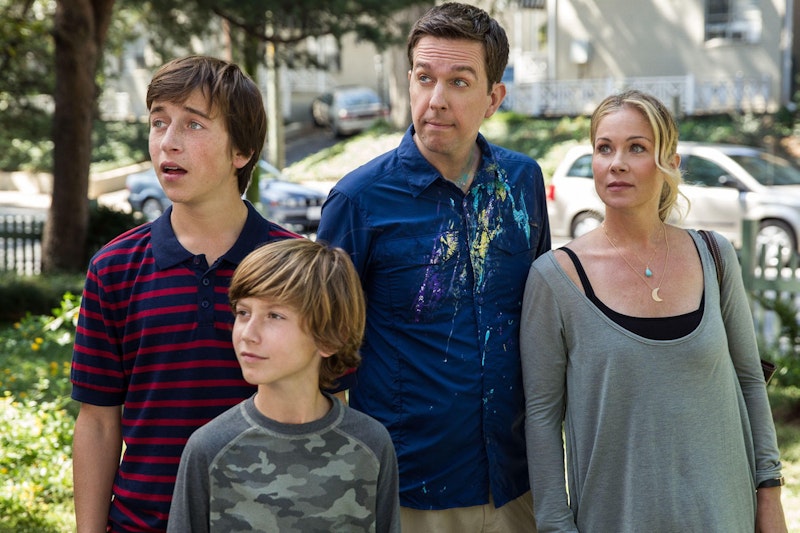 Rotten Tomatoes has a brilliant formula: they aggregate movie reviews and boil them down into one of two categories, "fresh" or "rotten," calculating the percentage of the former; with the help of binary simplicity and a large sample size, they make a subjective question—"Is this movie any good?"—as objective as possible. The problem is that film critics are pervasively conservative.

While nearly every no-risk biopic, like Clint Eastwood's exploitative hagiography Sully, easily earns the "Certified Fresh" emblem—meaning that 75 percent of critics reviewed them positively—it's much harder for proactive films to gain recognition through this formula. Sentimentalism is rewarded, realistic violence is discouraged, and Marvel dross is canonized. The system generally works: The Edge of Seventeen, Certain Women, and Moonlight—three of the year's best films—all received high scores. But then again, so did Loving, Florence Foster Jenkins, and Denial, three films neither formally nor contentually novel. Meanwhile, Nicolas Winding Refn's masterpiece Only God Forgives gets upbraided for achieving its goal: concentrating and intensifying the stark violence and stylization of Drive.

Comedies get screwed the most, though.

Most well-reviewed Hollywood comedies are best described as "mildly pleasant." Attractive actors adhere to a formulaic script that allows them to live in some fantasy version of Manhattan where a Soho loft is affordable on a graphic designer's salary. Central Intelligence, Ghost Busters, Neighbors 2, Keanu, and Pop Star—five absolute turds of 2016—are all fresh on the Tomatometer.

The best film of 2015, on the other hand, is rotten, with 26 percent positive reviews. Vacation, directed by John Francis Daley and Jonathan Goldstein, doesn’t pander; it doesn’t care if you're offended, affronted, or grossed out. It opens with a plane crash/Alzheimer's/pedophilia gag and only grows more outrageous from there. As I wrote last year, "Vacation subverts your expectations—those who wanted a family movie were taken aback by the transgress humor and intentionally vacant punchlines; those who wanted a filthy, R-rated comedy weren’t prepared for the most poignant postmodern social commentary on how we relate to and consume entertainment since Infinite Jest (yes, this movie’s barely linear, fractal-based narrative is that good)."

But Vacation isn't the only masterpiece to get shafted by the prudish critics across North America. There's a long list of misunderstood comedies: Dude, Where's My Car? (18 percent), Wet Hot American Summer (32 percent), Freddy Got Fingered (11 percent), Joe Dirt (11 percent), and Super Troopers (35%) either parody the Hollywood formula or ignore it altogether. Freddy Got Fingered is the most vital piece of dadaism since Duchamp's Fountain; Joe Dirt is better than Forest Gump. Ashton Kutcher might’ve convinced everyone else that he's a businessman now, but I know that Dude, Where's My Car? is just gussied-up autobiography.

All of these movies have gained a following over the last 15 years—Wet Hot American Summer was even rebooted last year into a Netflix miniseries—and I hope Vacation shares their fate. As long as critics continue labeling films like Freddy Got Fingered "the worst movie of all time," though, they will be relegated to the $5 bin at 7-11, a cult following their only hope for relevance.