On the first two episodes of The Deleted, from writer/director Bret Easton Ellis. 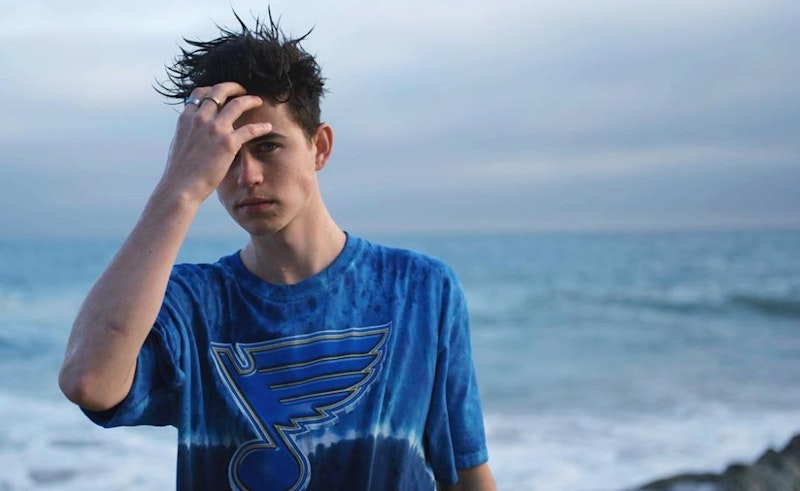 A one-off, mild-BDSM Grindr hookup gives way to a kidnapping. A shirtless jogger pauses under a bridge, glances around, and lifts his shorts. A young woman shoplifts vodka, and then brazenly propositions the clerk who catches her in the act. Upon awakening upon a couch at mid-day, a young man searches for his girlfriend and finds a bloodied dove on a balcony that overlooks the Pacific. The surf and skies are brilliantly alive, the camera lingering, sipping in every spare ounce of color; the soundtrack is restless, pacing, and electronic, goosing the nerves, a muted Atari 2600 loop resembling a tonier, more stripped down take on Tomandandy’s Killing Zoe score. The pacing itself is a curiosity: half-languid, half-rushed, scenes over before they can begin in an eight-episode series where each episode clocks in at 14 minutes, a plot dangling just out of reach.

In The Deleted, twentysomethings have escaped a Washington state cult and settled in Los Angeles. The cult would like the escapees back, for reasons we don’t yet understand. There’s a mysterious drug involved with side effects that the first two episodes seem to hint at: a propensity for cutting for the boys, enhanced sexual desire for the girls. Texts pop up on-screen, accentuating the tension, setting the scenes, and helping the audience to differentiate between characters who, at this early stage, seem largely interchangeable; by the end of episode two, it’s become easier to separate pursuers from pursued. These kids are pure instinct and need, friends who stay in touch even as they’re aware that doing so increases the odds of capture and who’re ready and willing to sell one another out for whatever’s swimming in those small, milky glass vials.