It’s Doubtful The Force Awakens Will Be Great 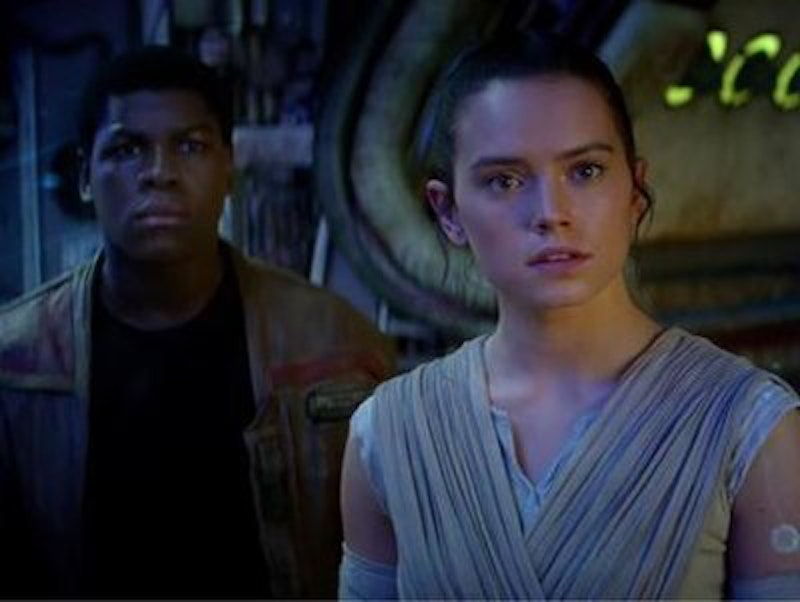 Excitement about The Force Awakens has reached ecstatic heights of 24/7 media blaring. Han Solo is back! Princess Leia is old! There are explosions and light sabers and there's going to be lines around the block for months. It's been a full decade since the last Star Wars film, and this one is going to fulfill every hope and dream of long long ago and far far away.

Some critics have seen the film, though reviews are scant due to top-secret security. Maybe they already know that Star Wars: The Force Awakens will live up to all the hype. But it’s a lot more likely that the movie’s a mediocre dud.

The fact is, most Star Wars films have been mediocre duds—or worse. The first film was charming, with its clunky derivative plot, scattershot acting, filth-smeared robots, and wonderful puppeteering. The Empire Strikes Back, thanks to director Irving Kirshner, was, against all the odds, an almost conventionally good film, despite Mark Hamill's hapless whining. The first half of Jedi was a great heist set piece, which dissolved into repulsively cutesy Ewok nonsense by the end.

And then we got three crappy, bloated, directionless prequels. Out of six Star Wars films, only two have been unambiguously good—and those were made a full quarter century ago. At best, that's a 33 percent chance that the new film will be decent. At worst… well, you could say the chance is zip.

Director J.J. Abrams' past work on other franchises isn't exactly encouraging either.  Mission Impossible III (2006) is a competent, soulless genre exercise, with a painfully misguided romance plot. Only Philip Seymour Hoffman as the villain shines, and his unfortunate death means that he couldn't be cast for Star Wars, much as we might all wish he were.

Abrams' first Star Trek (2009) reboot film was similarly forgettable—as in, I've seen it, but remember nothing about it. His second, Into Darkness (2013) was wretched, with a convoluted plot mired in winking series references and giant property destruction set pieces. It was loud, boring, clumsy, and smug—a kind of quintessence of the worst tendencies of fandom.

The trailer for The Force Awakens looks more or less like what you'd expect from a Star Wars trailer. There's vague babbling about the Force, some Darth Vader-looking guy being menacing, various people making ominous gestures because the Force likes ominous gestures, nostalgic glimpses of Harrison Ford, light sabers, space battles with things blowing up, all to a standard issue John Williams score with lots of orchestral fanfare. No Jar-Jar level aesthetic atrocity is visible, but neither is there anything to rival the gleeful futuristic sordidness of the cantina scene.

The determination to avoid spoilers leaves viewers with only snippets of information about plot and characterization, though, to be fair, Star Wars was never especially interested in that anyway. The look of the trailer is slick—which is a welcome relief from the shapeless prequels, but hardly captures the clunky grace of the originals.

In summary, we have a long-played-out franchise helmed by a bad-to-mediocre director who’s produced a predictable but passable trailer. To that, add the fact that, with the possible exception of The Phantom Menace, The Force Awakens is the worst title in a series marred by corny, nonsensical titles. The new film almost demands parodies.

Put it all together and there's no reason to think the film will be great. But everyone is going to line up to see it anyway. The future may always be in motion, but one thing you can predict for sure: whether it's bad or good, The Force Awakens will make a ton of money.