Film Asks “Can We Take a Joke?” 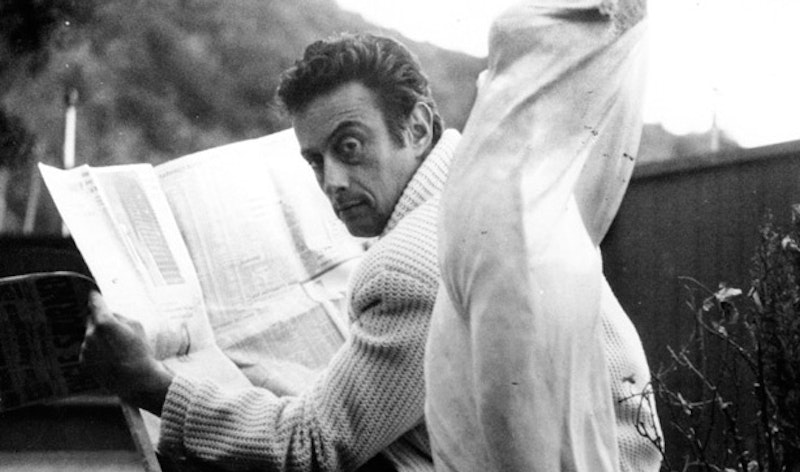 If Lenny Bruce could be put in jail simply for telling bad jokes, then Gilbert Gottfried should be hanged. At least, that’s the shocking opinion of notoriously offensive comedian Gottfried, as he explains in the funny and frightening new documentary Can We Take a Joke?

Seriously, though, director Ted Balaker, a veteran of Reason.tv and (like me) John Stossel’s production team, talks in the film to free-speech-loving comedians such as Gottfried and Jim Norton about the mounting pressure on comedians—comedians, for crying out loud!—to respect the hair-trigger (-warning) sensibilities of the “social justice” crowd.

Norton once mocked my appearance during one of his TV political panel appearances, come to think of it, but, see, I can take it. And I apologize to Gottfried for that time he walked by me on a Manhattan street and I quietly whispered to the woman with me, “That’s Gilbert Gottfried!” to which she much too loudly and ignorantly replied, “That’s not Gilbert Gottfried—that’s so insulting!” It’s a cruel world, and we should get used to it.

The topic of offending people is especially timely after last month’s extra-crazy campus protests, but all that’s part of a broader trend, the film suggests, of Twitter outrage mobs and, as Greg Lukianoff of the Foundation for Individual Rights in Education explains in one segment of the film, a decreasing belief among sensitive, sheltered young Americans in the value of free speech generally.

Just as the film was being completed, Lukianoff became a source of outrage at Yale, which he visited intending to stick up for that Yale professor who was pilloried for defending the right to wear potentially offensive Halloween costumes. Lukianoff made the mistake during his visit of describing Yale as a place so angry you’d think the professor had burned down an Indian village. Genocide joke! Callous monster! Rage! Rage!

The creepiest anti-speech actions, of course, are the ones that involve not just rage but threats of private or government violence. Spitting on people deemed un-PC has apparently become popular on some campuses. I can’t help feeling the PC forces, like all bullies, are continually testing the waters to see what they can get away with. I fear that like the fascist street gangs of the early 1930s, they’ll prove able to get away with a lot even before wielding any official political power (at which point, God help us all).

One bold campus comedian, Chris Lee from Washington State University, describes in the documentary how his college actually paid people to go see the play he wrote and then shout disruptively during it, “I am offended!” The school also appears to have collaborated with local cops to send Lee the message that he would not be defended if physically attacked by outraged students.

Reed College investigated a student comedian for sexist remarks made during his act despite the entire theme of the act being the limits of propriety and the nature of offense, with ample warning to audience members. As veteran “queen of mean” comedian Lisa Lampanellli asks in Can We Take a Joke?: why are people attending comedy shows if they get easily offended? Maybe comedy’s not really their thing.

Despite all the idiocy out there, libertarian atheist entertainer Penn Jillette ends the documentary on a note of optimism by predicting that despite all the outrage and pro-censorship sentiment we see at the moment, in the long run, those who love free speech will win. If even Lenny Bruce could get a posthumous pardon decades later from New York’s Gov. Pataki, there’s no way all the far more numerous loudmouths and wisecrackers of the 21st century will ever really be silenced.