Everything has a point. 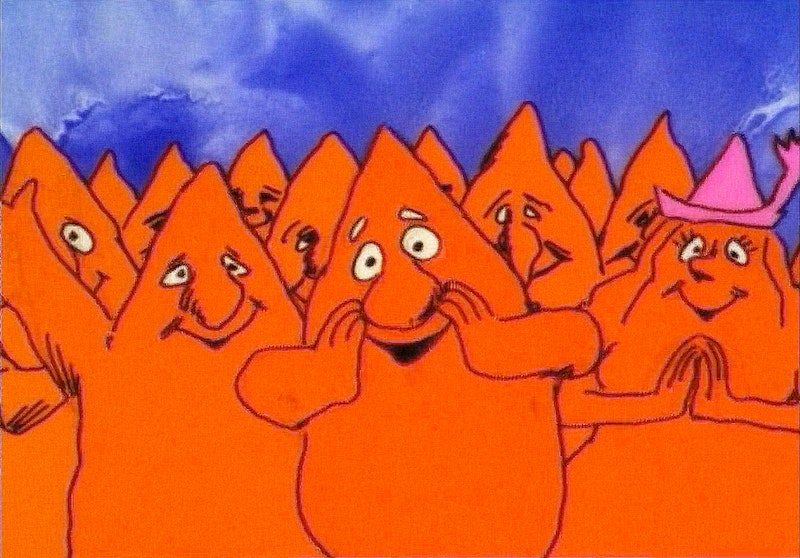 One of my favorite things to do as a child was go to Blockbuster to find new movies. Those were pre-Netflix days, so you had to leave your house and walk up and down the aisle to find movies to watch. In a way, it was a lot more exciting because every Blockbuster trip was an adventure.

One day I was walking through the children’s movie section when I came across The Point. My mother said, “Oh, you’d love this! It’s about a boy who gets bullied because he’s the only person in his town without a pointed head.” As a child with undiagnosed autism who was bullied relentlessly, I had self-esteem issues, so my mom thought the movie would help me out. Plus Ringo Starr narrated it, and that was a bonus. I put it in the VCR as soon as we got home. Within half an hour, I was in tears.

The story, written by musician Harry Nilsson (who also wrote the music), is about a boy named Oblio who’s the only person in the Land of Point born without a pointed head. After he defeats the Evil Count’s son in a game of triangle toss, Oblio’s charged with being pointless in the Land of Point, and is banished with his dog Arrow to the Pointless Forest. When the two arrive, though, they meet several strange characters such as the Pointed Man, the Rock Man, and the Three Fat Sisters who help Oblio realize you don’t have to have a literal “point” to have a point.

The movie frequently breaks from the plot for musical numbers such as “Are You Sleeping,” “Think about Your Troubles,” and, most famously, “Me and My Arrow.” I didn’t know anything about Nilsson at the time, so this was my first introduction. While the songs were great, what really grabbed my attention was the story. Whether it’s because of the color of your skin, sexual orientation, gender identity, or disability, Oblio represents all of us who face alienation and isolation from others because we don’t fit into society’s definition of “normal.” Yet at the end of his journey through the Pointless Forest, he realizes that everything does have a point, including himself. “If everything has a point,” he says to the Count at the end, “then I must have one, too.” This is Nilsson saying, “Hey, you’re not a freak. You matter.”

Yet whenever I mention The Point to my friends, hardly anyone has even heard of it. Sure, they know Nilsson’s big hits like “Everybody’s Talking,” “Without You,” and “Coconut,” but when I start singing “Me and My Arrow,” they look at me funny. With someone as renowned as Nilsson, surely more people would mention The Point along with his wide array of musical accomplishments. It remains a hidden nugget within his own back catalog, and it’s a shame because whether you’re a Nilsson fan or not, The Point is a wonderful story with a timeless message.