The Alien Sadism of Yorgos Lanthimos

The Killing of a Sacred Deer is an act of violence against moviegoers. 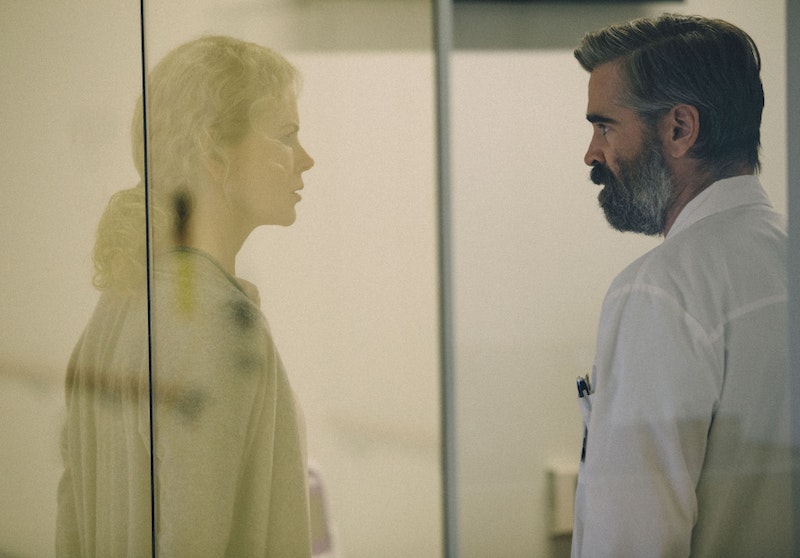 The Killing of a Sacred Deer defies description, categorization, and ranking. It’s not appropriate to describe Yorgos Lanthimos’ sixth film as the worst I’ve seen all year, or even the most offensive. For me, it goes beyond opinions easy to wave away: “Ah, it just wasn’t for me.” This movie is an act of senseless violence on moviegoers without any greater end or meaning. It’s a film devoid of humanity, emotion, and intellect. It’s thematically bankrupt and despicable in its intent. Lanthimos abandoned the appealing alloy of love and cruelty that defined his previous feature, last year’s The Lobster, and has instead reverted to the sadism and willfully obtuse messaging of his 2010 breakthrough Dogtooth. The Killing of Sacred Deer left me feeling sick, empty, and duped: Lanthimos is a fraud, a charlatan masquerading as the most promising provocateur of arthouse cinema. I left the theater thinking "I’ll never see another film by this guy again" — well, his next one, The Favourite, has already been shot and will be out next year... we'll see.

The beginning lingers in black as strings surge in threnody before cutting to a close-up of open heart surgery. The camera pulls back slowly as the muscle pumps and throbs and doctors stitch and cut. It’s a horrifying shot to open a film, but I’m not against gore, the grotesque or body horror necessarily—however, it quickly becomes clear that Lanthimos’ intent is depraved and disingenuous. Colin Farrell stars as a surgeon (Steven) married to Nicole Kidman. They have two kids, a son and a daughter, both young adolescents. Early on, we learn that Farrell has a surreptitious relationship with a 16-year-old boy played by Barry Keoghan.

It’s unclear for the first 45 minutes what the nature of their relationship is: gradually it becomes clear it’s not sexual, but still sinister. An hour in, Keoghan’s character Martin spells out the premise of the movie in one quick blatantly expository exchange: his father died in surgery at Steven’s hands, and the boy blames him and believes he murdered his father. Keoghan gives a fantastical ultimatum: “You killed a member of my family, so you have to kill a member of your family. If you don’t, your wife and children will all die. First their legs will go numb, then they’ll refuse to eat, and then their eyes will bleed. You must kill one of them, otherwise they will all die.”

As I left a packed matinee Sunday, I heard some idiot turn to a friend and say, “Well, readers of the Sun will never understand this movie.” Neither will you, moron, because there’s nothing here but intolerable cruelty and a lack of humanity. Kubrick, Bresson, and even Von Trier make movies about real people, and yes, the lesson in many of their films (especially Von Trier) is that sometimes, everything that can go wrong does. That’s a fact of life. But Lanthimos makes movies in a neutral, alien universe with no emotional resonance or meaning beyond the horrifying images and scenarios he assaults us with.

But whether it’s Stellan Skarsgård becoming paralyzed half an hour into Breaking the Waves, the rape scene in A Clockwork Orange, or the joke gone terribly wrong that sets L’Argent in motion, in each case we’re watching real people deal with real grief and infinite sorrow. They’re human, unlike the affectless stentorian robots of Lanthimos’ films, who are mere pawns moved around and manipulated in order to inflict maximum trauma upon a hapless audience that’s supposed to fault themselves for being too dense or uneducated or stupid to “get it.” Well, sorry, there’s nothing to get here except one director’s sick mission of torment. It defies “bad taste”—it’s a callous act of violence with no purpose other than sadism for its own sake.