Film Review: The Square Is Too Ambitious 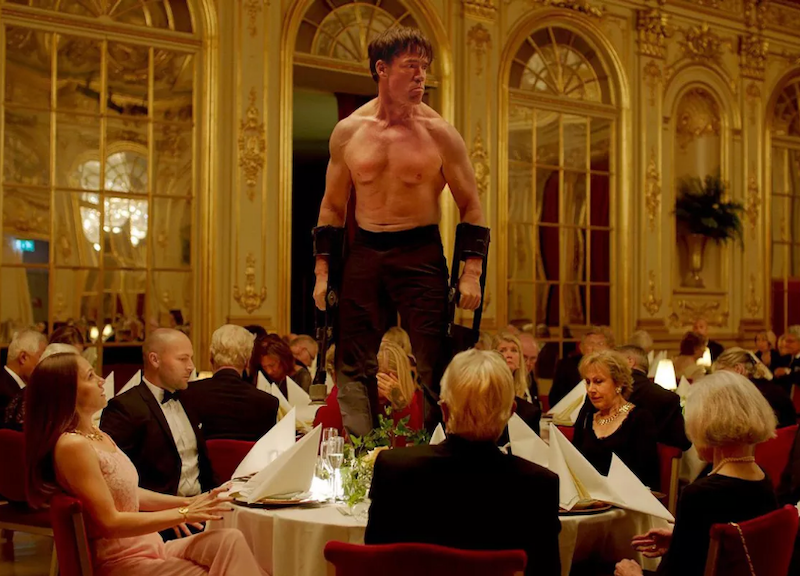 Back in 2014, the Swedish director Ruben Ostlund made a great little film called Force Majeure. It was the story of a family on vacation at a luxury ski resort in the French Alps, when a sudden act of cowardice by one of them has surprising effects. A similar film a couple of years earlier, The Loneliest Planet, with Gael Garcia Bernal, had been a much more boring version of the same theme, but Force Majeure was a revelation—a masterpiece of delightful discomfort. It won the Jury Prize at Cannes that year.

Now, Ostlund is back with The Square, an art world satire that’s hugely ambitious, and cashed in that ambition with a Palme d’Or victory at Cannes back in May. The film has virtues, but doesn’t reach as high as it’s aiming, and falls short of the director’s previous film.

The Square, which also played at the Toronto Film Festival in September and Philadelphia Film Festival in October ahead of a wide release this week, is a two-and-half-hour examination of the high-end art world. Soulless marketing and PR campaigns. Uncomfortable class conflict. Viral Internet videos. The challenges of single parenting. Sex and dating.

The plot centers on Christian (Claes Bang), the hotshot curator of a museum in Stockholm that’s located in a decommissioned former royal palace. Over the course of the film, he’s trying to present and promote a couple of major art works, while dealing with losing his wallet and phone to a con artist scheme that he later tries to get to the bottom of, with disastrous results. He also gets into a tentative romance (on his side, anyway) with a journalist (Elizabeth Moss).

The film has a lot on its plate, and it doesn’t juggle it all so capably. The Square is at its best when it stays in and around the museum, and mocks both art world pretensions and the efforts made to sell those pretensions. This is best illustrated in the film’s already notorious centerpiece sequence, in which a shirtless “performance artist” runs roughshod over a fancy dinner, as well as an on-stage Q&A with another artist (The Wire’s Dominic West), interrupted by an audience member with Tourette’s.

The robbery subplot is more hit or miss, as Christian and his colleagues are repeatedly confronted by a boy who’s been falsely accused, although points are made about elitism and classism. Meanwhile, the Elizabeth Moss subplot, great as she is, feels like it’s derived from men’s rights literature. And I’m still not sure why Moss is shown living with a chimpanzee.

The film is often funny, often uncomfortable, and sometimes both, and there are several places the cringe humor may remind you of Curb Your Enthusiasm, although Curb got to the epic scene involving someone with Tourette’s about 15 years earlier.

The Square’s ambition is admirable. But at the same time, the director told a much smaller story, to much greater effect, in his last film.