Grownup is as Grownup Does

The Batman, Jackass Forever, and “movies for grownups.” 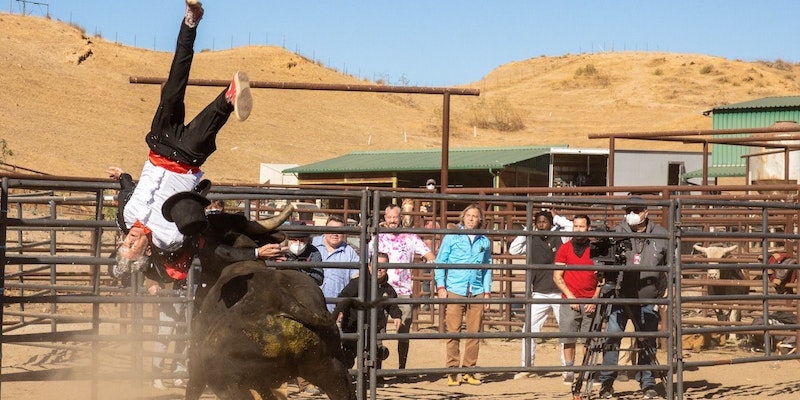 As a lifelong reader of film criticism, there’s no phrase I dread more, no bigger red flag for an insufferable film and/or critic, than “movie for grownups.” Besides evincing a preening ageist superiority, writers use the term to prop up painfully Serious Films™ that exist almost exclusively to elicit this kind of praise, playing their small but not unimportant role in the Movies For Grownups Industrial Complex. It reminds me of a Mitch Hedberg joke: “Every book is a children’s book if the kid can read.” It’s funny because it’s true; the inverse is also true, especially with movies. Every movie is a movie for grownups if the grownup’s stupid.

To single any movie out as “for grownups” presupposes two things: that there are movies (some might insist on calling them films) for grownups and movies that are not for grownups; and that, unlike the film in question, the majority of movies in theaters fall into the latter category. Though it’s easy to understand how one might feel above the current slate of theatrical releases—especially given our easy access to just about any older, better movie via the internet—dividing movies, or art of any kind, along the narrow axis of Grownup vs. Not Grownup is one of the most asinine approaches to criticism imaginable. (The AARP capitalized on the term’s currency with an annual award celebration called the Movies for Grownups Awards, which started as a list in the magazine and has since blossomed into a live event broadcast on PBS. Why old people feel the need to dominate the voting body of another awards show is beyond me.)

The phrase is starting to invade the work of critics I enjoy reading. Notice the way Sheila O’Malley (of rogerebert.com, whose namesake used the words “for grownups” in his writing no less than five times) describes The Lost Daughter in the opening paragraph of her four-star review: “Harrowing, unpredictable, painful, confrontational, this is a movie for grown-ups.” To her credit, O’Malley does make an argument that somewhat recontextualizes the term:

Films are sometimes rejected by audiences because the characters aren't "relatable." Yes, some characters reflect back to you your own experience, and that's very validating. But some of the greatest characters in literature show us things we don't want to look at, show us the ugly parts of humanity, the dark petty parts, the parts where we don't do our best. These things are as true, if not more true, than what is deemed "relatable." The Lost Daughter accepts ugliness, giving it space to express itself, allowing it to exist without careening back into safe territory.

For O’Malley, the demand for relatable characters is immature, making a difficult, serious film like The Lost Daughter the “grownup” alternative to the swath of movies that placate their audiences with characters that better reflect their experiences and values. I agree with everything but the “grownup” part, partly because the majority of people who reject the allegedly more adult narratives are adults themselves, but also because “for grownups” means something different to everybody.

Take The Batman, for instance. There may be no film franchise more vastly palatable than the ongoing adventures of Bob Kane’s iconic comic book character. Since Tim Burton started Batmania in 1989 with the first (and best) of the modern installments, Batman has remained Hollywood’s most surefire box office payday, to the point where each new director seemingly tries and fails to bend the franchise to its breaking point just for kicks. From low camp to high camp to full-on gay, from neoconservative to neofascist to full-on Riefenstahl, Batman continues to endure, with the latest installment on track to be the highest grossing post-pandemic movie yet.

The Batman isn’t a difficult film—the three hours fly by—nor would I say it’s all that serious, no matter what its Se7en-inspired production design and Notes from the Underground-style voiceover might have you believe. Yet I’m sure there are people who insist that this new iteration is somehow weightier or more “for grownups” than Burton’s, Joel Schumacher’s or even Christopher Nolan’s, due to its fairly overt political subtext. Richard Newby of The Hollywood Reporter calls it “a keen allegory for our contemporary American political ideologies,” a statement I’d agree with if it wasn’t later supported by the extremely grown-up comparison of Paul Dano’s Riddler to “American ultra-left social media accounts [citation needed] who initially praised the possibility of war between the U.S. and Russia.”

If The Batman offers anything of substance, it’s the morally-compromised political landscape of its Gotham City. Like The Dark Knight, the film depicts Gotham as a power vacuum filling itself with corrupt, self-dealing players, but unlike that film, just about everyone is on the take: cops and district attorneys consort with gangsters, pimps and drug dealers at an exclusive club owned by mobster Carmine Falcone (John Turturro) and managed by Oswald “Penguin” Cobblepot (Colin Farrell); the mayor (Rupert Penry-Jones) has an affair with a trafficked immigrant waitress from the club; even the late, great Thomas Wayne (Luke Roberts) hired Falcone to silence a nosy reporter.

One could read the cynical premise as proof of the franchise, and perhaps superhero movies in general, turning a new page, offering viewers a cinematic universe that more accurately reflects the moral complexity and darkness of our own, when it’s nothing but a head-fake. The Batman evokes this bleak view of our corrupt nature—in the murky lighting and perpetually inclement weather of Gotham—only to end the same way as every other Batman movie: the billionaire corporate scion saves Gotham from an evil—if technically correct—villain, closing with stretched-out, self-serious narration about justice, vengeance, and living in the shadows (“or some bullshit like that,” says an uncredited writer somewhere off-camera). In that sense, as much as the marketers for The Batman would like viewers to think of it as part of a grownup alternative to the lighter more comic Marvel Cinematic Universe, they serve identical functions: plutocratic hero worship for the sake of the neoliberal status quo. The same way it’s possible to convince yourself comfort food is substantive, you might think a film is challenging you when it’s really as coddling as the others.

The good news is the opposite is true too. I sat down to Jackass Forever, the fourth installment in America’s best film franchise, expecting a 90-minute diversion of elaborate practical jokes, suicidal stunts and winking homoeroticism. It’s all of that, but is so much more: an art film of Buñuelian vulgarity; a study of time, à la Michael Apted’s Up Series, and its effect on the human body; a generational passing of the torch; an ode to friendship. For grownups or not, Jackass Forever has more brains and heart than any other major release this year. And balls.