The End of Growing Up in CODA

Although not much has been said about CODA's music, the word “coda” has another meaning. 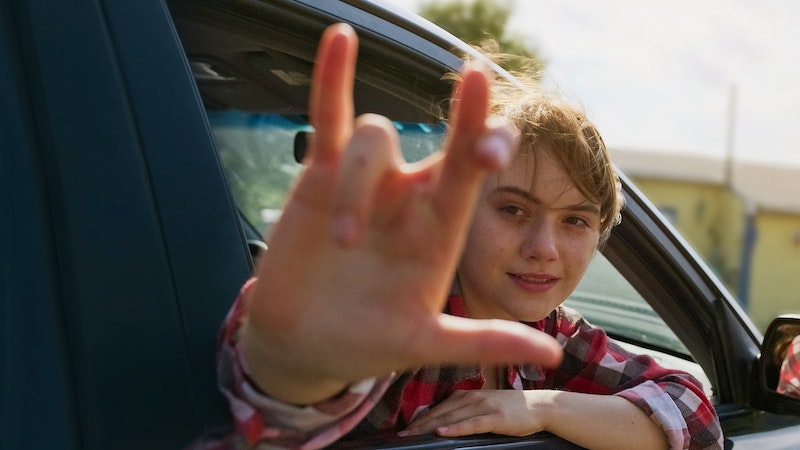 It’s difficult to find a contemporary film that’s not either explicitly or implicitly ideological. For the most part, we see agendas unfolding on the screen or just plain mediocrity and a lack of imagination. In addition, joy’s been snuffed out, which isn’t surprising given the vitriol of Covidian ideology and people’s rightful anger about a myriad of issues.

CODA (2021), an Oscar-nominated film for Best Picture, eschews both ideology and joylessness. Although it’s sentimental at times, and follows an already established progression of a coming-of-age story, its focus on tension and love in one family takes precedence. It’s a “feel good” movie, a “crowd pleaser,” and maybe that’s why it has elicited many angry responses. Perhaps we’re living in a society that has become so cynical that any real emotions are deemed too distracting from the barrage of anger.

CODA, an English language remake of the French original, tells a story of Ruby Rossi (Emilia Jones), a child of deaf adults (hence the title of the film). Her mother, Jackie (Marlee Matlin), father, Frank (Troy Kotsur), and brother Leo (Daniel Durant) are all deaf. Ruby’s the only one who can hear, and she serves as a translator for her family. This is particularly important because the Rossis have a fishing business, and it’s often Ruby that does all the business dealings because Frank and Leo aren’t capable of communicating with others.

The family has settled into a position of comfort. Everyone has designated roles and no one’s allowed to move beyond the lines of already established purpose and meaning. Although Frank, Jackie, and Leo have had their share of difficulties simply because they’re deaf, it’s Ruby’s internal conflict about her future that’s the center of the film. She’s an exhausted young woman who has devoted her life to the fishing business and being the link to the hearing world, while attending high school. But she’s unable to carry the burden anymore.

As it turns out, ironically, Ruby’s gifted with a beautiful singing voice. She joins the high school choir in the hopes of attracting attention from a boy she likes. But the music teacher notices that she has great talent and thinks she should nurture it. He suggests an audition to the prestigious Berklee College of Music. This is where the real tension in the film begins. What will Ruby choose? Loyalty to her family or focus on her future?

She’s riddled with guilt, yet her frustration far outweighs the burden of wanting to move beyond the borders of her family. It doesn’t help that she’s slightly embarrassed by her parents, who often act like a bunch of hippies who can’t get enough of sex with each other. They make crude jokes and, like many teenagers, Ruby is rebelling against her parents’ behavior.

Despite her age, however, she has a sense of wisdom that her peers don’t possess. Even the classmate she’s interested in doesn’t understand her situation, but who would? This is the central and crucial element of CODA. The question that’s constantly present in the film is whether the deaf people can be understood and accepted into the society that doesn’t have that kind of disability.

The director, Sian Heder, takes an unusual approach. Half of the film is seen only in American Sign Language, with subtitles for the viewer. We enter the world of the people that are so remote from the everyday events of all of us who can hear. (I can only imagine what kind of life-affirming experience this film is for deaf people—seeing their own struggles on the screen and a direct use of sign language, something which is inherent to their existence.)

We never lose the sight of Ruby’s point of view, but there are a few scenes in particular that are poignant and moving, which bring us closer to the interior experience of a deaf person. Ruby’s family attends her high school choir concert despite the most obvious aspect—they won’t be able to hear the music.

During the performance, Frank and Jackie are clearly bored, and they “discuss” whether they want to have spaghetti for dinner. But something changes when Ruby takes the stage to sing a duet. Just as the song begins, the sound’s entirely cut off. We hear the silence, the complete darkness of deafness. We “hear” what Frank, Jackie, and Leo “hear.” Frank and Jackie are unable to respond in any normal way, and they begin to use one sense that they do have—seeing. They witness the enjoyment of the audience. They witness the movement of people toward appreciation of beauty. They witness tears of joy. All of these are indications, or sign posts for Frank and Jackie in order to understand who their daughter is.

In another scene, Ruby sings for her father alone, and in order to “hear,” he places his hand on her vocal cords, so that he may “feel” the vibrations of her voice. And finally, during her main audition, Ruby signs the song she’s singing. She’s not really auditioning but connecting to her family.

Although not much has been said about music, the word “coda” has another meaning. In music, it signifies a movement (often in a sonata) that comes to a conclusion. Ruby’s development that has brought her love of family but also exhaustion has come to an end. Although still nurtured by love, she’s separating herself from the previous form of her life, and another song begins, not only for her but for the entire family.