Film Review: The Subtle Satire of Let the Sunshine In 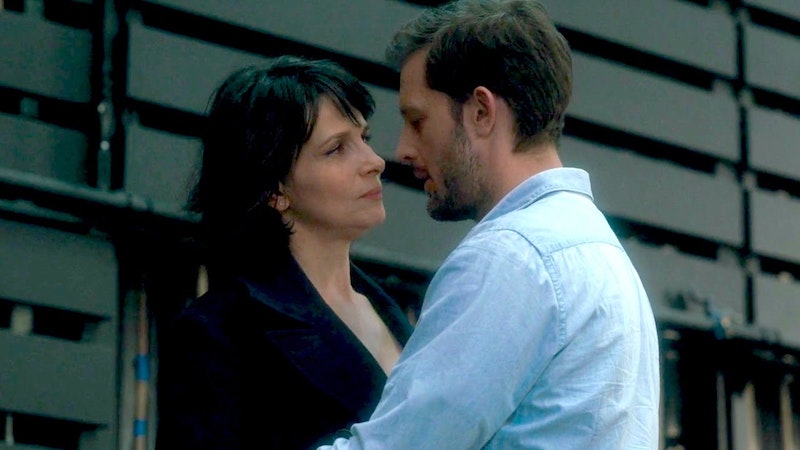 Two months ago I wrote about Submission, a forgettable TV movie that took up valuable space in art house theaters alongside this awful new run of films about senior citizens making one last go at life: Paris Can Wait, The Leisure Seeker, The Meddler, Finding Your Feet… watching these movies feels like what I imagine being hooked up to a dialysis machine is like. There’s been too many of them made in the past few years, because they have a reliable audience and challenge no one. I feel bad for actors like Donald Sutherland, Susan Sarandon, and Imelda Staunton who embarrass themselves in all that dementia detritus, but a check is a check.

I saw Claire Denis’ new film Let the Sunshine In Baltimore’s Charles on Monday in a pretty packed theater that skewed older. Juliette Binoche stars as a successful Parisian artist who finds herself lost and loveless among half a dozen men who are either indecisive, emotionally unavailable, or outright obnoxious and arrogant. Moving briskly from partner to partner (including her ex-husband), we watch Binoche swing back and forth between ennui and post-coital calm.

The low stakes, bourgeois problems of Let the Sunshine In are exactly the same as all of those descendants of The Bucket List: well off, professionally recognized and successful, yet hopelessly unfulfilled when it comes to men. It’s easy to imagine how this setup would play out in a typical dialysis-core movie: Binoche would hook up with some jerks in the first act, then meet a charming but atypical man whose insecurities may keep him from committing fully in the second act, only to affirm his love for her as the movie ends, presumably at a dinner table filled with delicious food and plenty of wine.

Instead Denis tweaks the tropes of the genre very subtly, leading the audience along from the very first scene, where we watch Binoche and a particularly rude banker have very disconnected and dispassionate sex, framed in tight close-ups that say more than any boring conversation about how “this isn’t working” ever would.

There were multiple walkouts at the screening I saw, some even 10 minutes before the movie ended. Denis lures in viewers looking for comfort food only to delay their gratification and test their patience for 95 minutes. What was advertised as another light-hearted romp full of good conversation and delectable meals quickly reveals itself as totally disdainful of that garbage and the people that see it: Agnès Godard’s camera roves back and forth between Binoche and whoever she’s with, always anticipating some revelatory line and never getting there.

An inability to complete or move from one place to another is a recurring theme, like when Binoche struggles for what feels like five minutes to ask a friend if she had an affair with her ex-husband. The arrogant banker stands with Binoche at a bar and continually interrupts their very sparse conversation with specific demands to the bartender: gluten-free olives, hot water with no lemon, putting the bottle of whiskey away and letting him pour his own glass.

During the movie I heard someone behind me say: “Nothing is happening.” Denis has made a movie with none of the easy reassurances or trite late in life lessons, a movie that captures the vicissitudes of real life, in all its mundane and boring splendor. Let the Sunshine In isn’t a parody of dialysis-core; it’s the only movie in the genre of any artistic merit. The final scene, featuring Gerard Depardieu as a psychic counseling Binoche on her love life, is interrupted midway through by the end credits. So as Depardieu is reciting all of this new age bullshit about letting yourself be open to new experiences, the movie has already moved on, as if to underscore how everyday and ultimately insignificant this story is.

Right before we watch Depardieu with Binoche, we see him break up with a woman in a parked car, an unknown character suddenly thrust upon us with a very similar dilemma as Binoche. Let the Sunshine In at once tears down and reaffirms the mid-life crisis movie by portraying people as they actually are and time as it actually plays out, while continually reiterating that none of these problems are exceptional, and pretty much everyone goes through them, and we shouldn’t look for any hope or salvation in Binoche’s story. It’s just one in an infinite series of lonely people learning how to live in this world.